Home Entertainment News I’m not allowed to have a boyfriend or get married – Female... 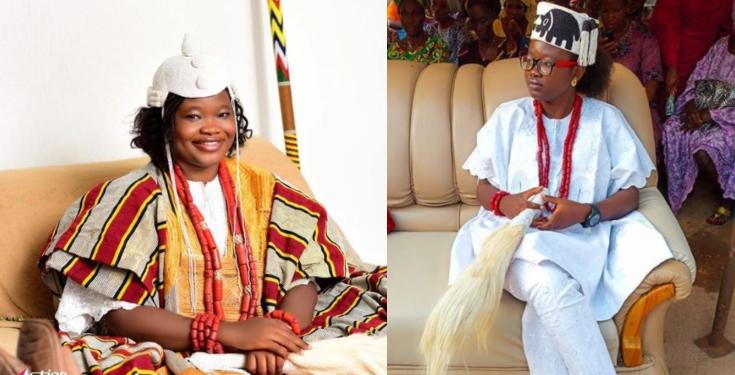 The regent of Iboropa-Akoko in Akoko Northeast area of Ondo state, Tinuade Babalola has revealed one of the things are position deprives her of. 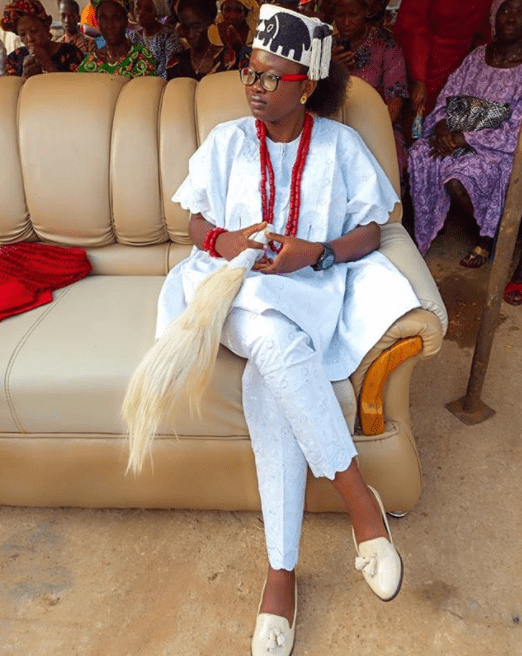 “No I’m not allowed to have a boyfriend because my position demands that i be celibate throughout my reign as a regent.” She said.

Tinuade was made a regent in 2015, shortly after Oba Emmanuel Ayowole Adejuyigbe, her father, passed on. She had to go through some traditional rites of passage before she was pronounced a regent. 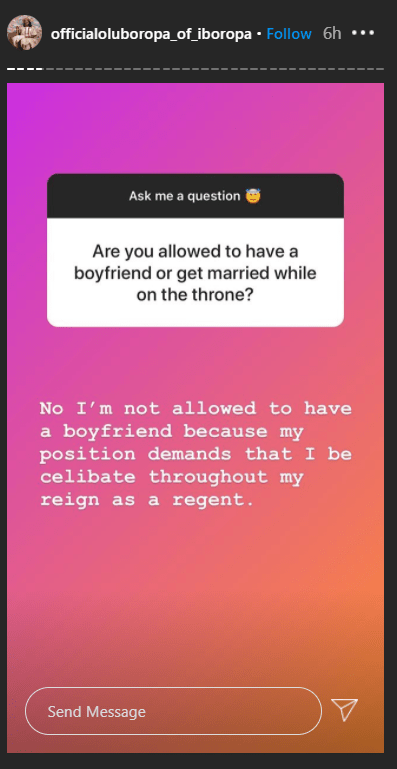