Number one African bad girl, Tiwa Savage has replied one of her Twitter followers who ‘wants’ her. 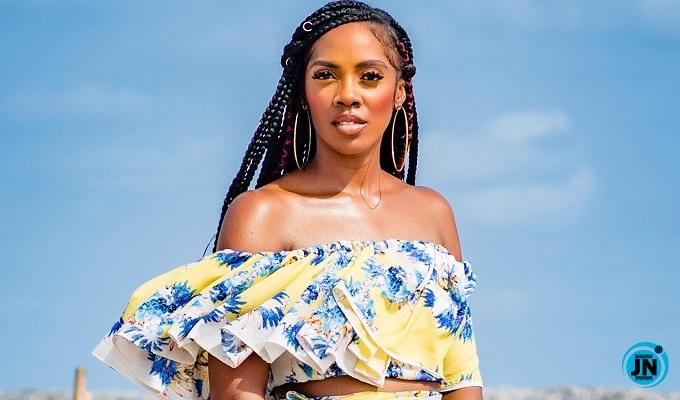 The Twitter use, @SNanyome said Tiwa is his type but first he has to work and make money first before he shoots his shot.

He tweeted’ “My type is like tiwa savage , but How on earth when I am broke. First we work than we shoot hard.

My type like things and am aware of it, I can’t fight that” 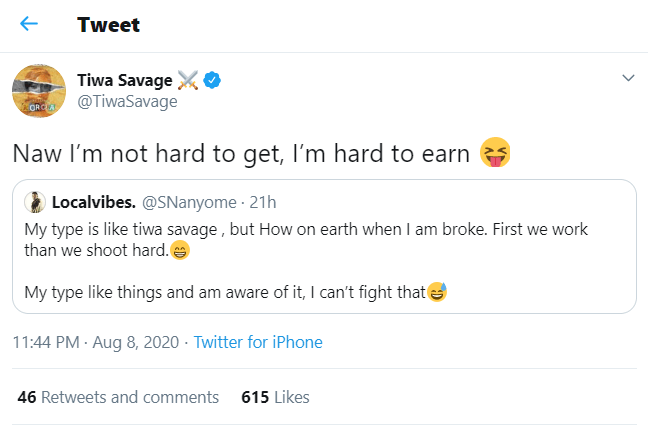