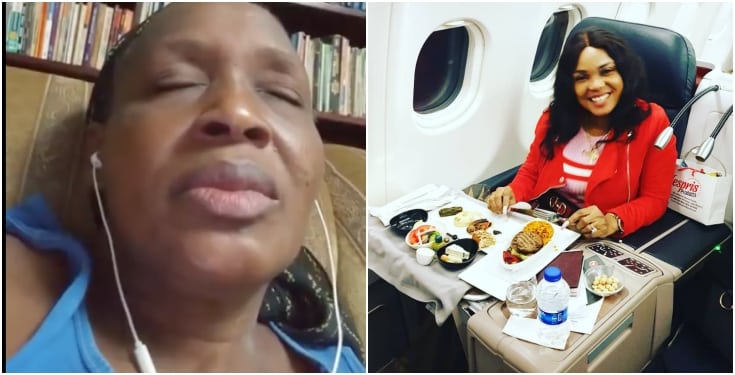 Controversial journalist, Kemi Olunloyo has backed down on Iyabo Ojo who has promised to send her back to jail.

Recall that after Iyabo Ojo shared an emotional video on Mother’s day telling her followers her journey to being a single mother of two, her crashed marriage and encouraging mothers while in tears, Kemi Olunloyo told her she is shedding crocodile tears and her tears had just started.

Kemi’s response provoked Iyabo Ojo to make another video addressing the blogger, warning that if she does not stop attacking her daughter, she would return to jail.

Looks like she took the advice as she shares her own emotional video on her Youtube channel, crying while she tells the public that she will leave everything to God. She also revealed that even though the incident with the actress ruined her career and sent her to jail, she has plans for the future which centres around rebranding and possibly having her own talk show.

She also used the oppurtunity to reach out to fans who have always wanted to donate towards her treatment and finance, she shared her account details in the description of the video shared.