Interior designer, Ehi Ogbebor has taken to her page to brag of being God’s special daughter, after been dragged over her new relationship. 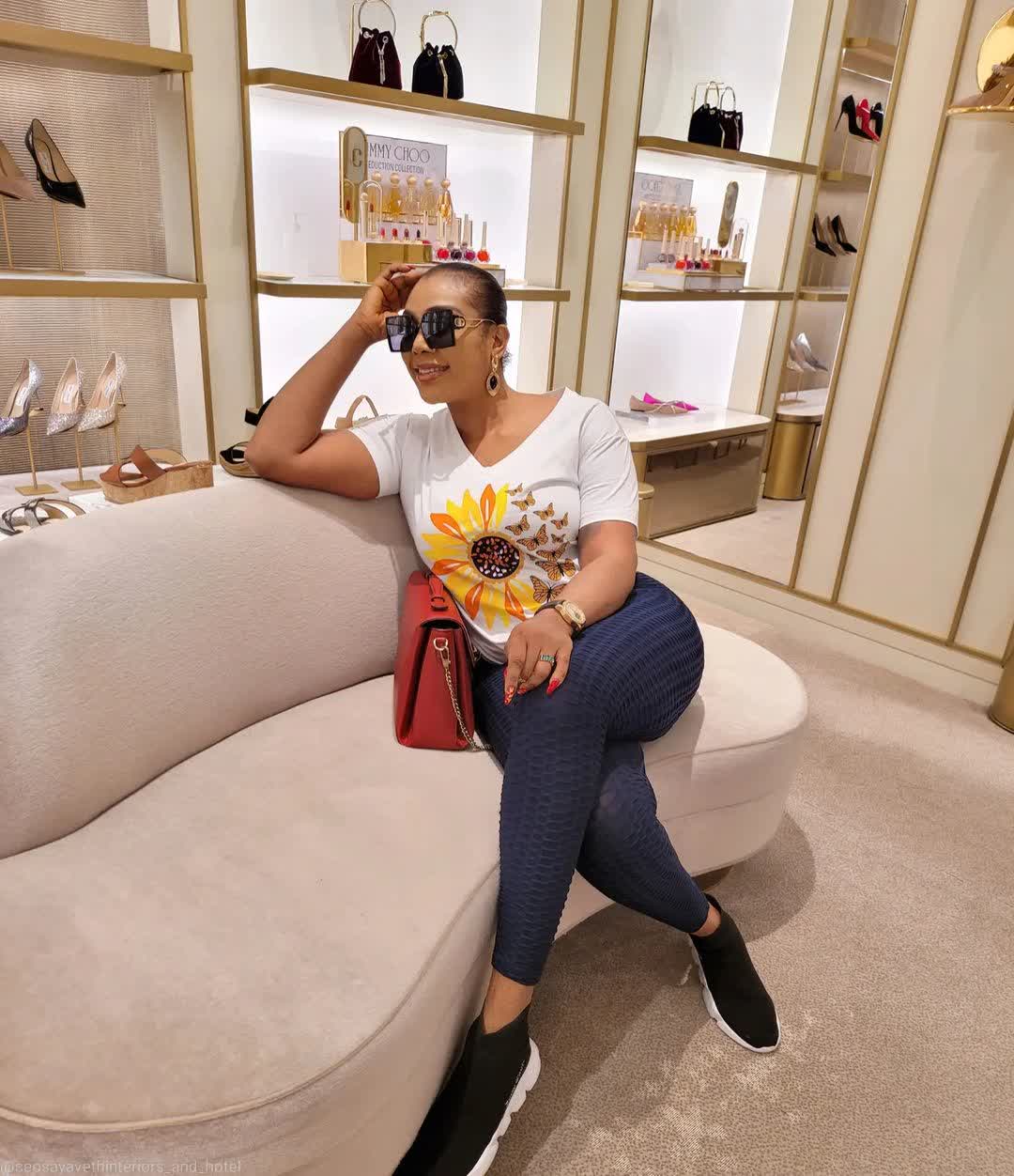 She had shared videos from his 50th birthday party which held in New York on her Instagram page in happiness, but little did she know premium dragging was coming her way. 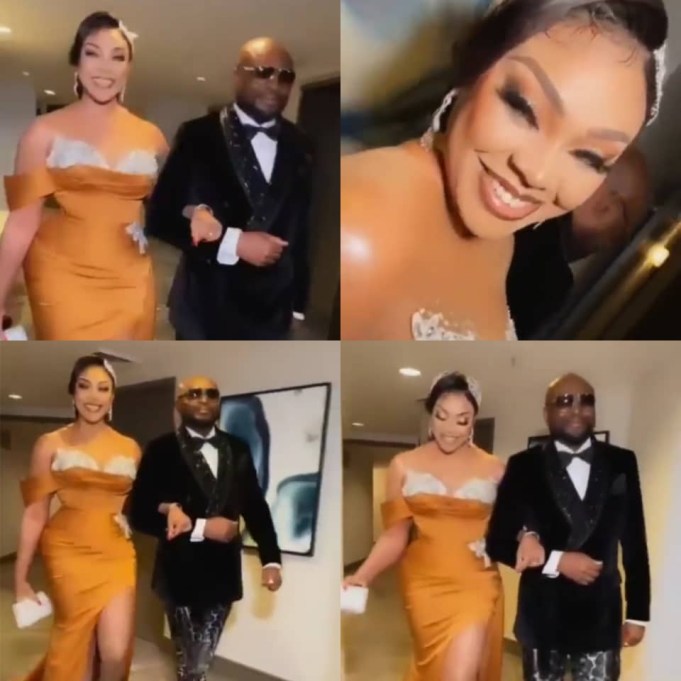 Several allegations that the man was married to someone else sprung up, and Ehi was pointed as the lady, trying to destroy his home. However, she has defended herself — saying her new man (Dennis) is a divorcee, and has also been separated since 3 years ago.

Ehi Ogbebor has now sent a message to trolls on social media, bragging about being God’s special daughter.

“I EHIGOZIE WILL ALWAYS BE GOD’S SPECIAL DAUGHTER… NOTHING OR NO ONE’S OPINION CAN STOP IT… WHO GOD HAS BLESSED 🙌 NO ONE CAN…..” 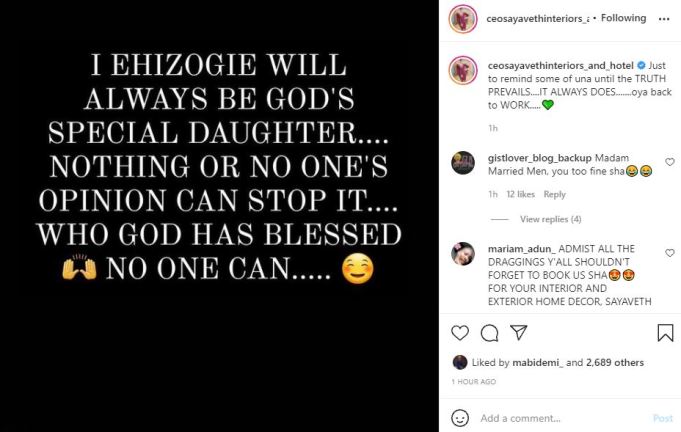