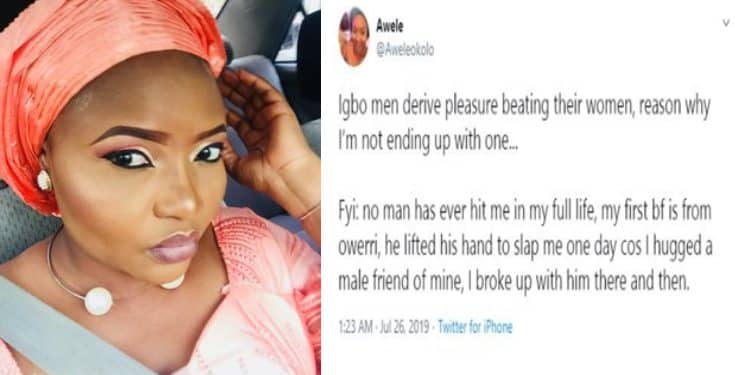 A Twitter user took to the platform to reveal why she stopped dating Igbo men, and according to her, it is centered on a near-assault she experienced.

@AweleOkolo in her tweet alleged that Igbo men derive pleasure in beating their women, and further recalled how her boyfriend almost slapped her leading to a breakup. Read her tweet below;

“Igbo men derive pleasure beating their women, reason why I’m not ending up with one… Fyi: no man has ever hit me in my full life, my first bf is from owerri, he lifted his hand to slap me one day cos I hugged a male friend of mine, I broke up with him there and then.” 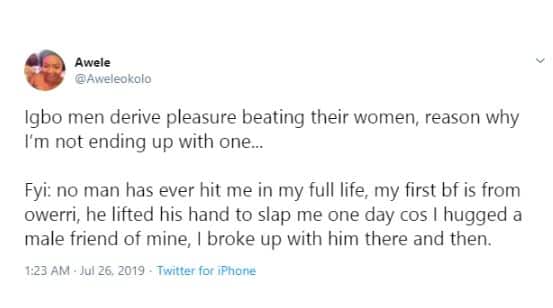