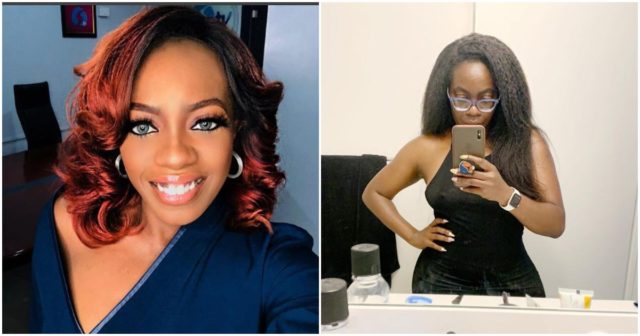 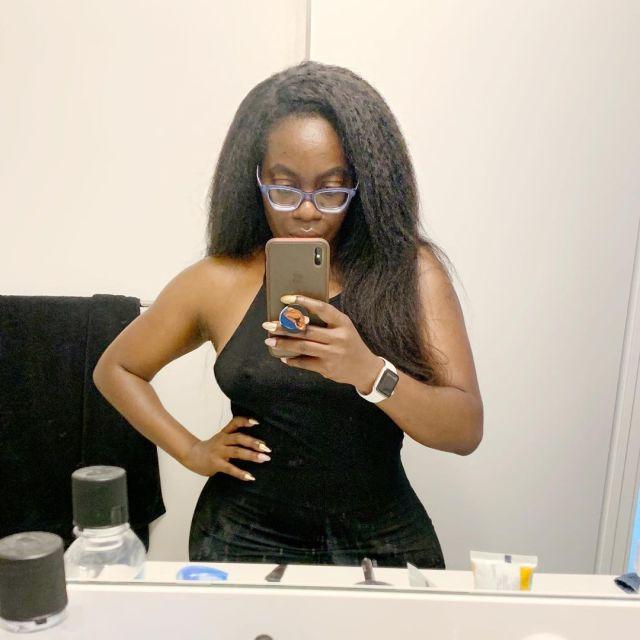 According to her, you are only but a religious follower if you hate gay people.

She further instructed the Christians addressed to burn their bibles because Jesus won’t be happy with them.

If you hate gay people I’m here to tell you You’re not a Christian You’re a religious follower Just burn your bible because if Jesus see you, him go naked you give devil
Hypocrites. 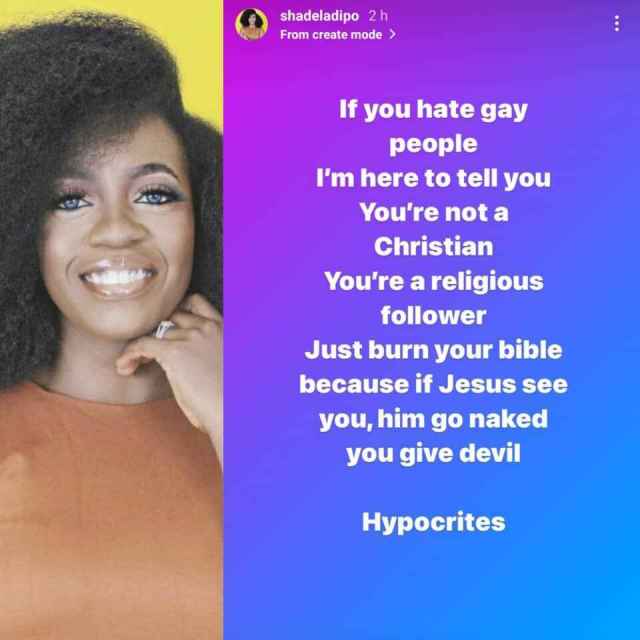 In other news, Media Personality Toyosi Godwin has chided his fellow gender who are still struggling for dating young girls and playing the fatherly role.

According to him, rather than invest to receive ROI, they are spending.