Home Viral News ‘If you cannot give your girlfriend at least 200k weekly, you’re not...

A Twitter user took to the platform to say that any guy who doesn’t give his girlfriend “daily pocket money and weekly allowances” shouldn’t be having a girlfriend in the first place. 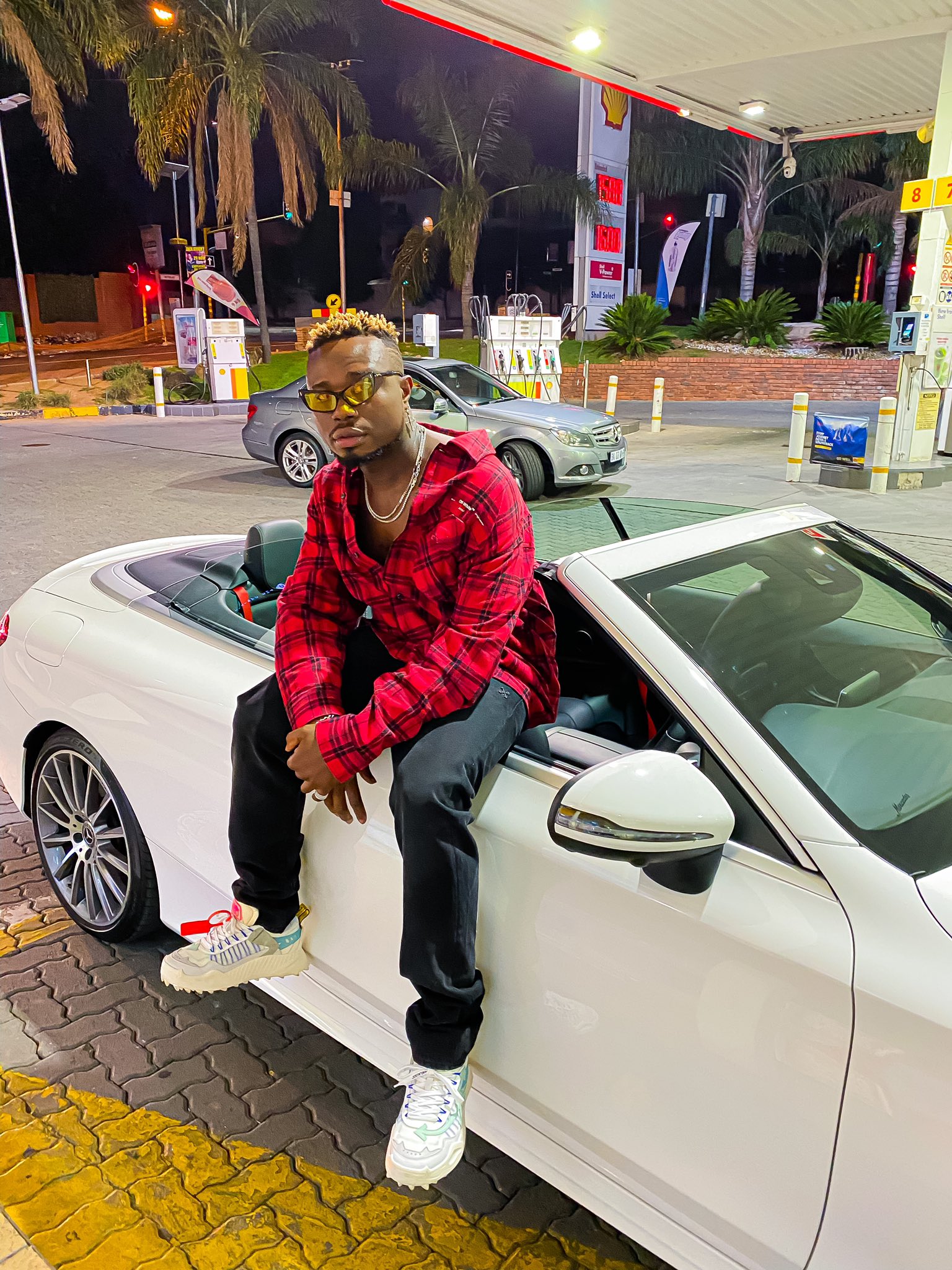 “If you’re a guy, and you don’t give your girlfriend daily pocket money and weekly allowances… at least 200k weekly, you don’t need a girlfriend .. go and work. You don’t deserve that girl bro. No cap.” 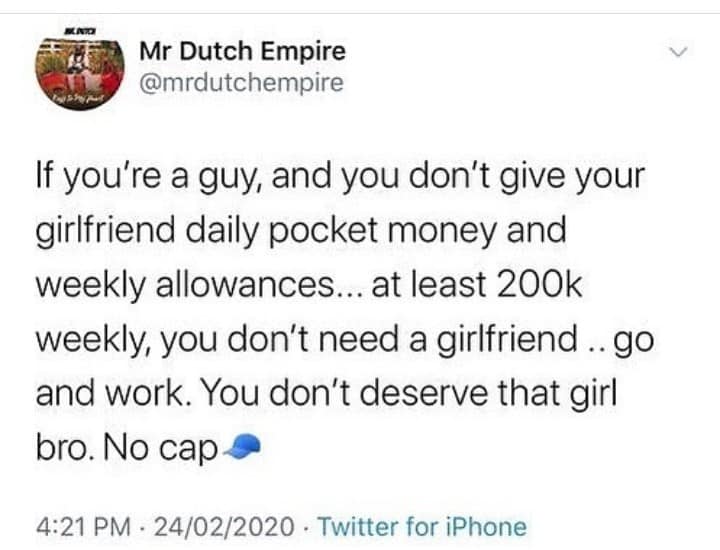