Ace singer, David Adeleke aka Davido has stylishly mocked Peruzzi after the latter declared how he had passion for medicine before stardom.

Recall that Nigerian singer, Tobechukwu Victor Okoh professionally called Peruzzi disclosed yesterday that he could have been a doctor if not for music. 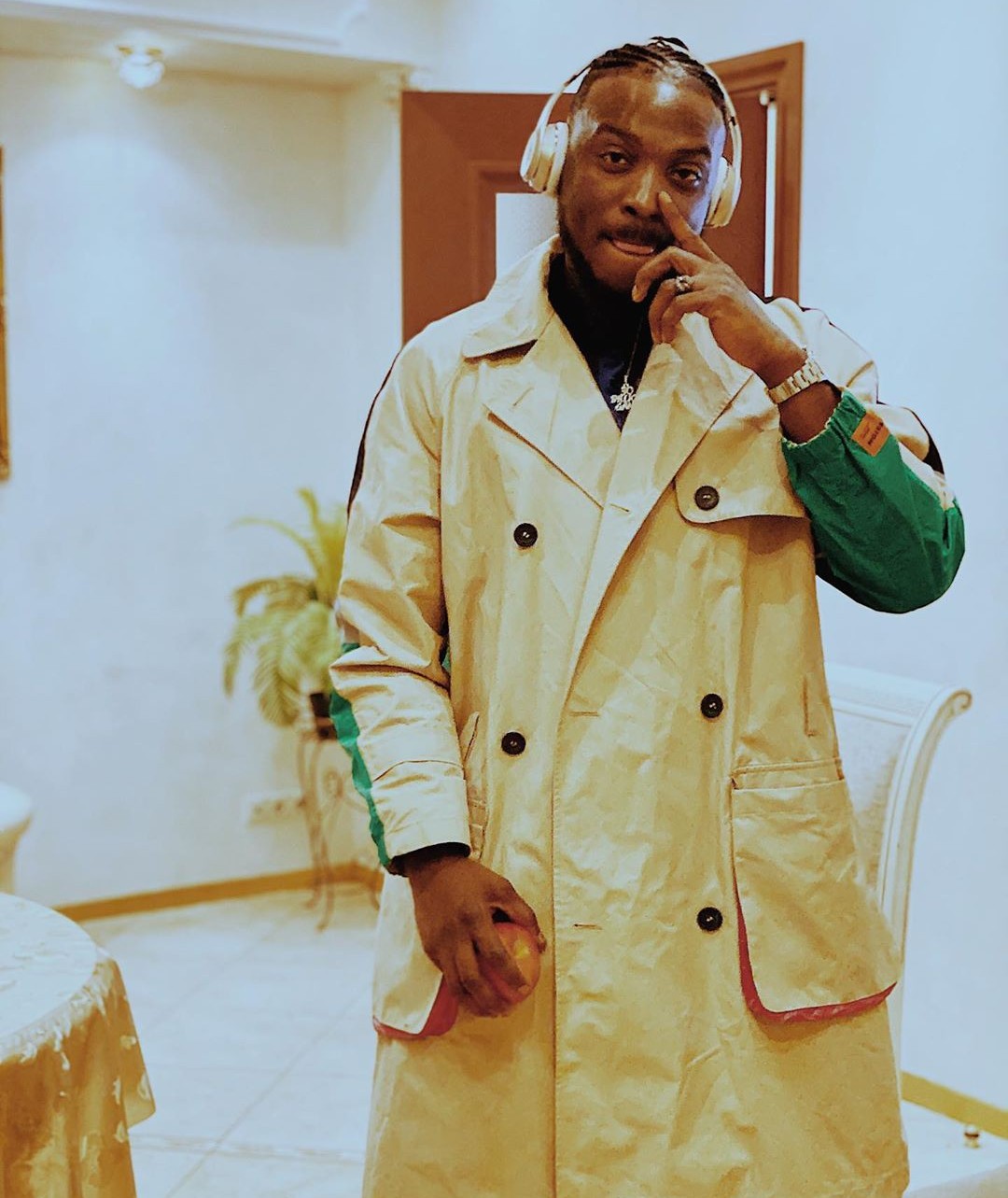 He revealed this in a tweet, as he recounted his journey through the decade and how he ended it being famous. 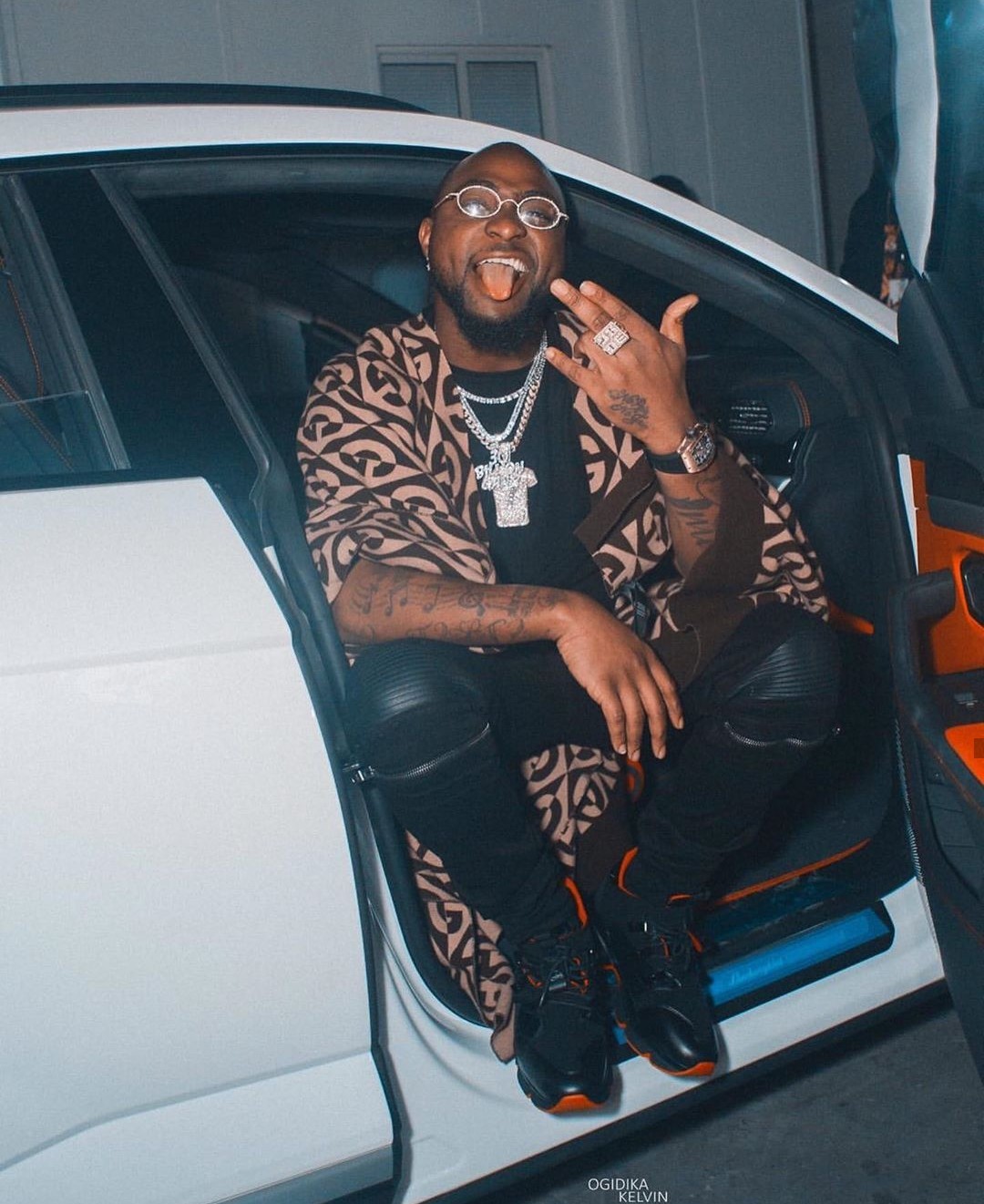 The singer also condemned the popular phrase among Nigeria youths that “School is Scam”, stating that school is not a ‘scam’.

Reacting to Peruzzi’s tweet, Davido said he would definitely say his last prayer first before allowing Peruzzi perform surgery on him. 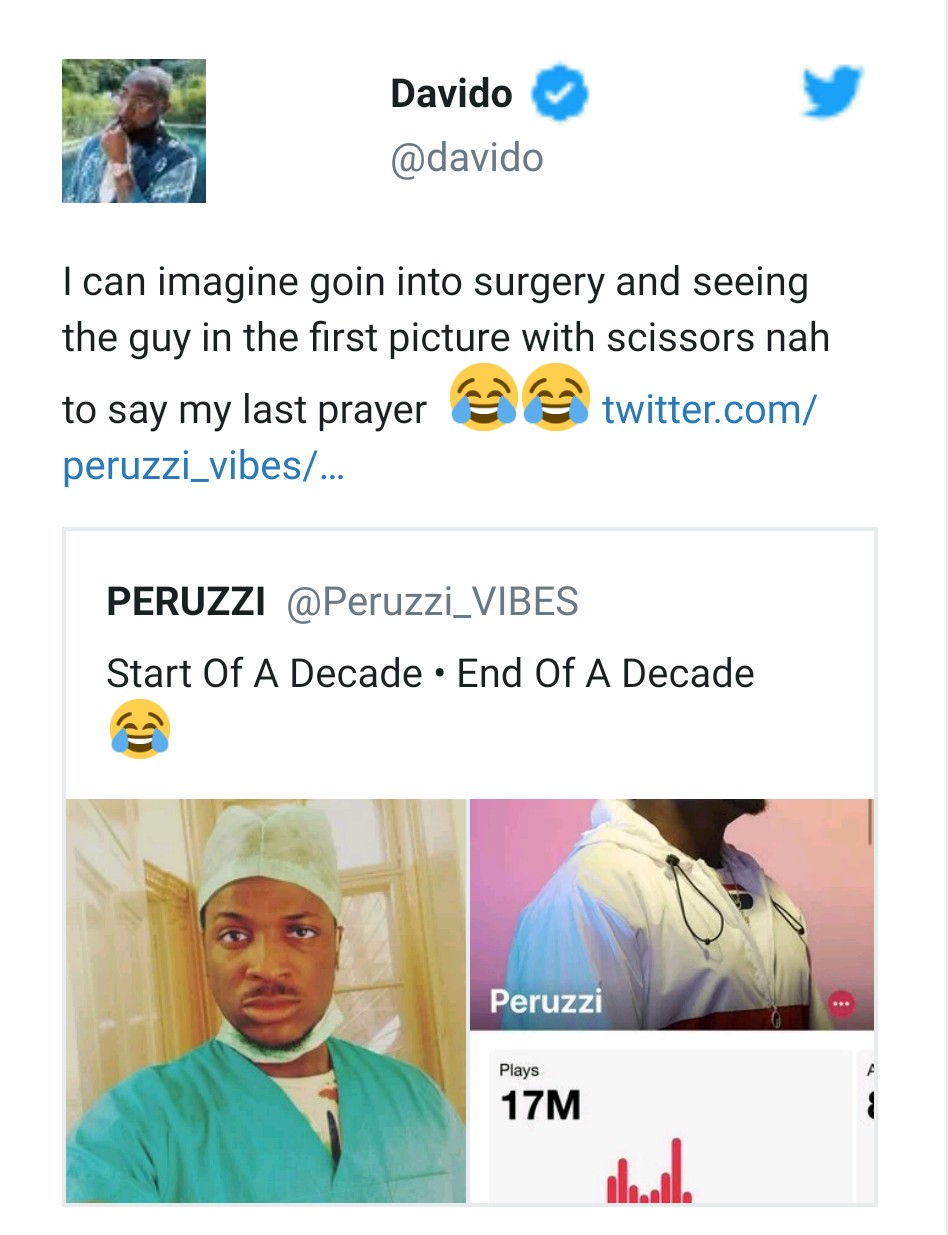