Popular Nigerian actress, Nkechi Blessing has slammed trolls dragging her about plans to end her days of being a single woman and marry. 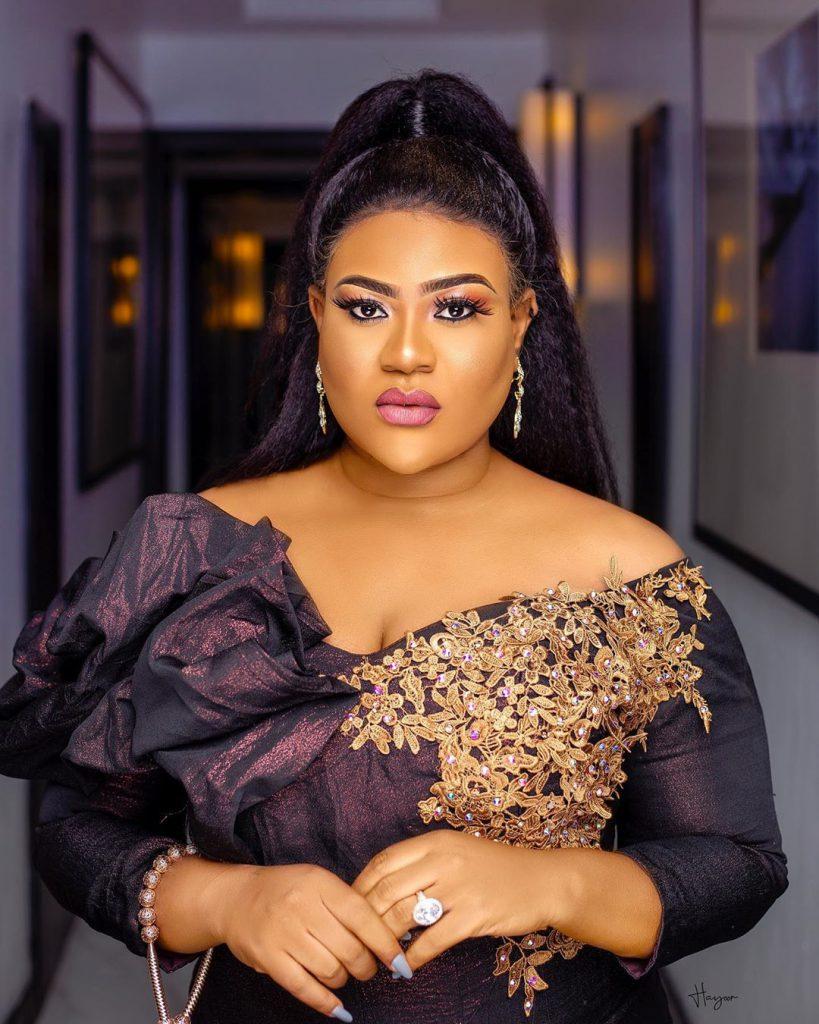 According to the NBS award-winning actress, she prefers to stay single and living her life to the fullest rather than rushing into a miserable marriage that will ruin her life and career.

The serial entrepreneur who recently gifted her sister a car on her birthday wrote on her Instastories, “Hey sis, i would rather stay single and happy than married and miserable.

To the idiots screaming when will you get married, come and drag me na. Nonsense,” Nkechi added. 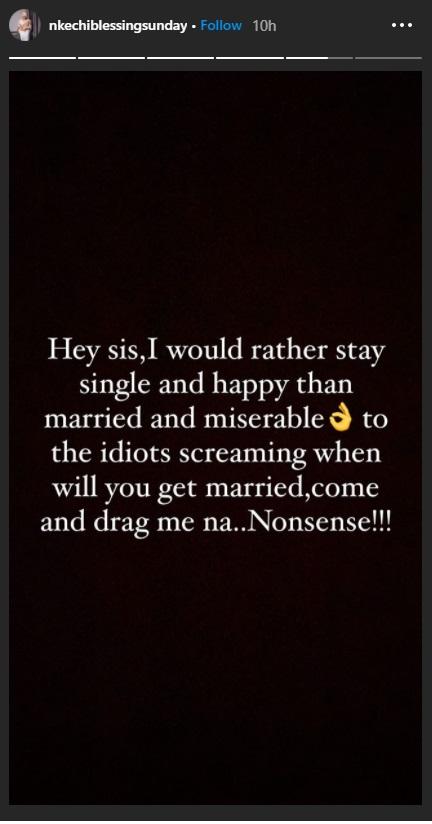 Recall that Nkechi Blessing once had a beautiful relationship that was well-publicized until it hit the rocks. This, however, left the actress single since and unwilling to rush into a relationship.