Home Entertainment News I would have attacked Onye Eze if I was Okoro Blessing- BBNaija’s... 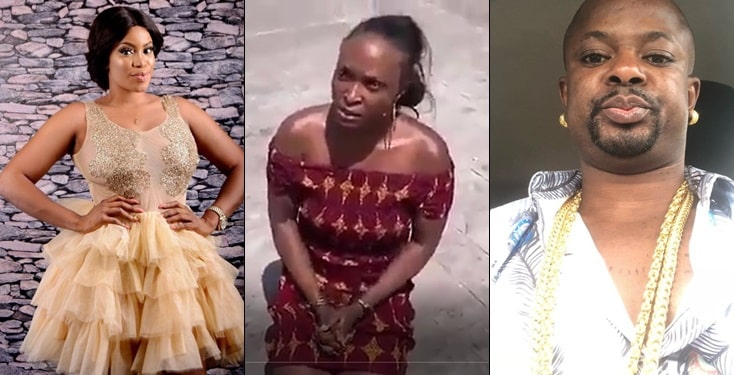 Former BBNaija’s Eriata Ese who came in as a fake housemate in the 2017 edition of the Big Brother Naija reality show, has stated that she would have attacked Onye Eze if she was Blessing Okoro , because there are better ways to apologize than putting her through the humiliation she suffered.

According to the reality show star, the blogger is not the first trying to live a fake life, neither will she will be the last because that’s what Instagram is all about now. Eriata Ese who disclosed that she would have attacked Onye Eze if she was Okoro Blessing, added that one getting busted for fake life shouldn’t come as a surprise.

Sorry to say but she shouldn’t have allowed this no matter what, if it was me I will change it for them, Haba what is it? She thief the house

? God knows if I was in her shoes I go cut chain for them, even if I know I was wrong, there are better ways to apologize rather than going on your knees, this is so humiliating

she ain’t the first trying to fake neither is she going to be the last, stuffs like this shouldn’t be coming as a surprise to anyone because that’s what the gram is all about now #FAKELIFE 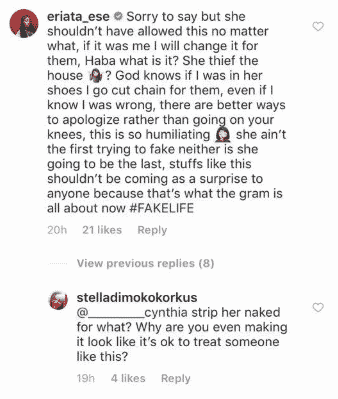