Home Entertainment News “I wonder why Zlatan Ibile blocked me since 10 months” – DJ...

Popular entertainer and disc jockey, DJ Cuppy has lamented over the friendship with the singer, Zlatan Ibile which ended by being blocked on his social media. 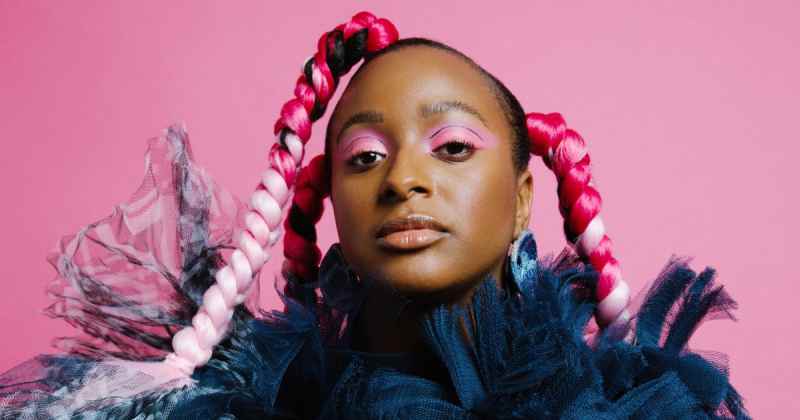 In a recent tweet, the billionaire daughter called out the ‘Zanku’ singer for totally ditching her for the past few months.

According to Dj Cuppy, Zlatan Ibile blocked her on Whatsapp and Instagram after they did a song together, Gelato, about 10 months ago. 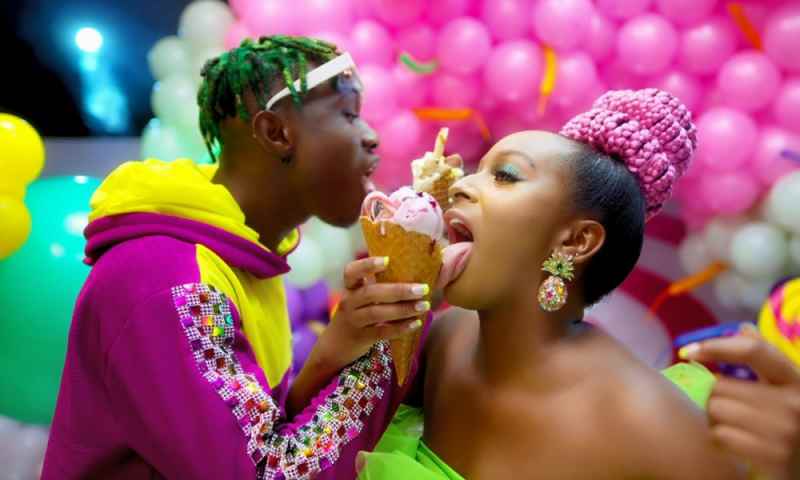 “10 months later and I sometimes still wonder why @Zlatan_Ibile blocked me on WhatsApp and Instagram without ever saying why; we were actually friends …AND “Gelato” was a hit!,” she wrote emotionally in a tweet. 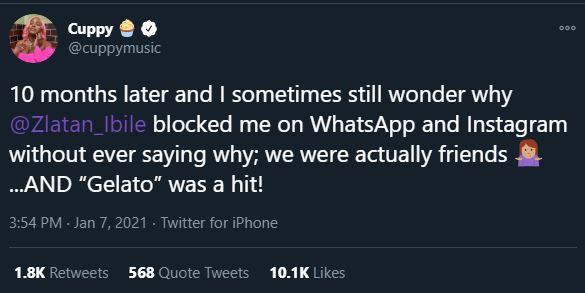