Home Entertainment News I was assaulted by Bolt drivers, they threw things at me –... 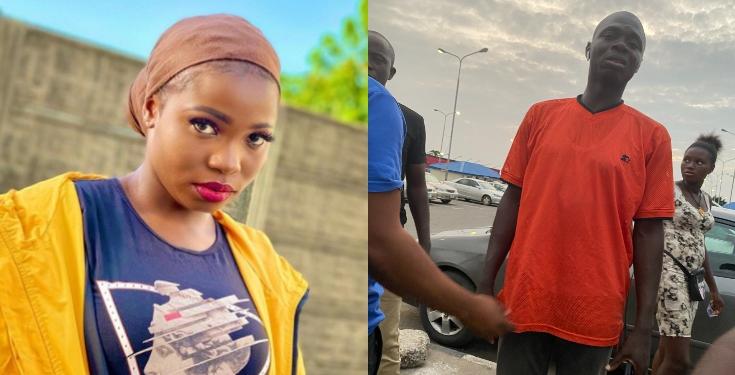 Nigerian comedienne and internet sensation, Apaokagi Maryam popularly known as Taaooma, has recounted her experience with Bolt drivers in Lagos.

According to her, they assaulted her and threw things at her because she tried to record them at the Lagos airport park.

She narrated how they started having an argument about where she was going to and he threw a bottle at her, which didn’t get to her.

She went further to say that this is not her first experience and people saying she was arrogant should know that she goes through a lot that is not seen online.

Read her story below… 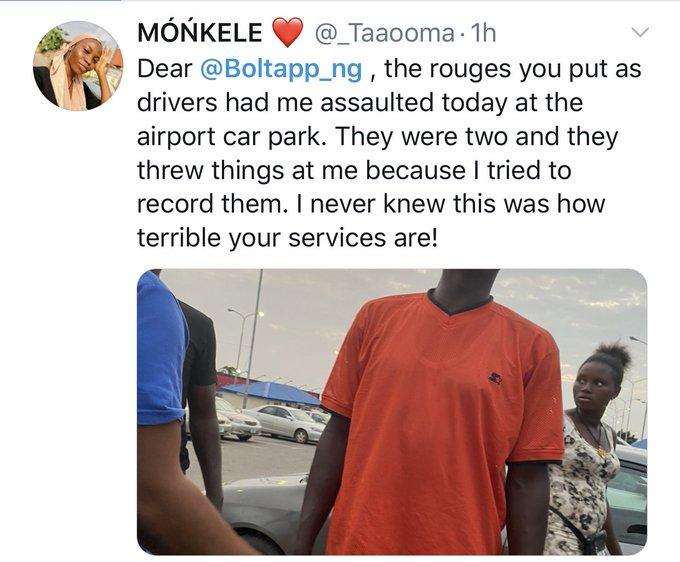 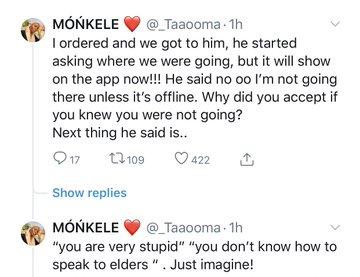 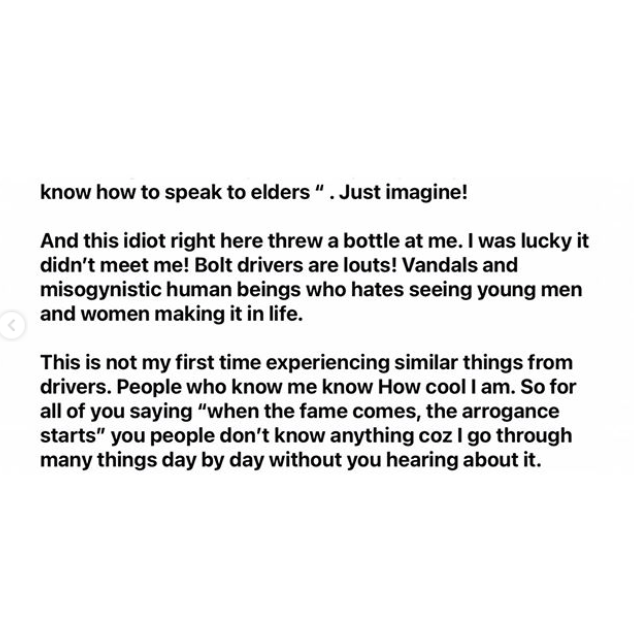