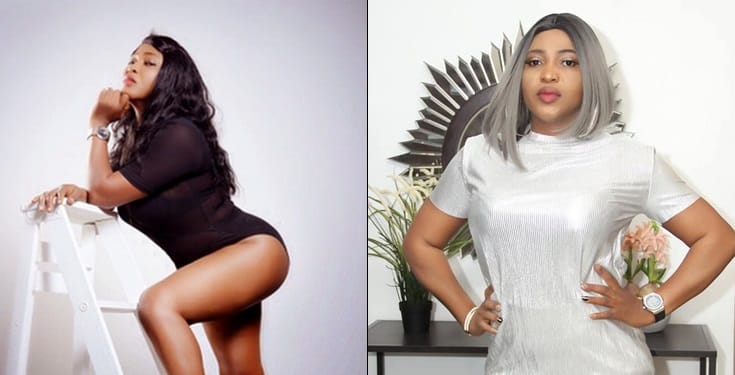 Nollywood actress, Nazareth Jesse, has boldly stated the kind of man that suits her fantasy for marriage. According to Pearlsnews, the Economics graduate from University of Abuja said, “there’s nothing like having a rich husband that gives you peace, love and support.

“It takes the fear of God in a man to have those combined features towards his wife. I want a man with vision, a kind hearted person, a man that is literate. A man with prospects and Godfearing. He should be ready to make me his life partner and not just a baby factory. His looks and pocket size is also very important. He must be financially balanced and handsome. Any man that wants to marry me should be ready to take over all my responsibilities as his wife.
I’m not saying my man must be a billionaire but if a billionaire comes my way to God be the Glory it’s also answered prayer. As an addition, he must be romantic and sexy too, this one that so many Nigeria women are complaining about their husbands not been romantic, mine must be romantic please because I hate adultery.”

For a while now, Jesse’s father has been pressurizing her to get married just like her mates out there, on how she handled the situation the actress said, ” I had to make my father understand that I can’t force myself on a man or settle with just anyone that comes asking for my hand in marriage. Now he has seen so many women rushing in and out of marriage, he has resorted to praying for me to settle down with a better person. For now, I’m not in any relationship. The one I had is not serious, it has ended. So, I’m very single and ready to mingle, I can’t keep fooling myself over a distance relationship that has not been there for me,” she asserted.