Home Entertainment News I Used To Be Shy Of My Body – Curvaceous Actress, Biodun... 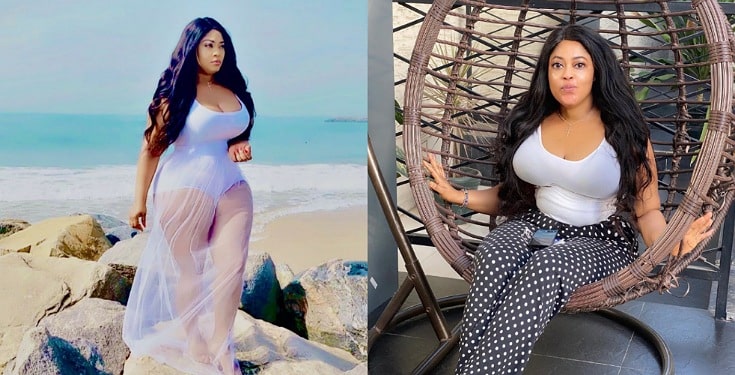 Actress, Biodun Okeowo, better known as Omoborty, is one actress whose shape announces her even when she is not speaking about herself. 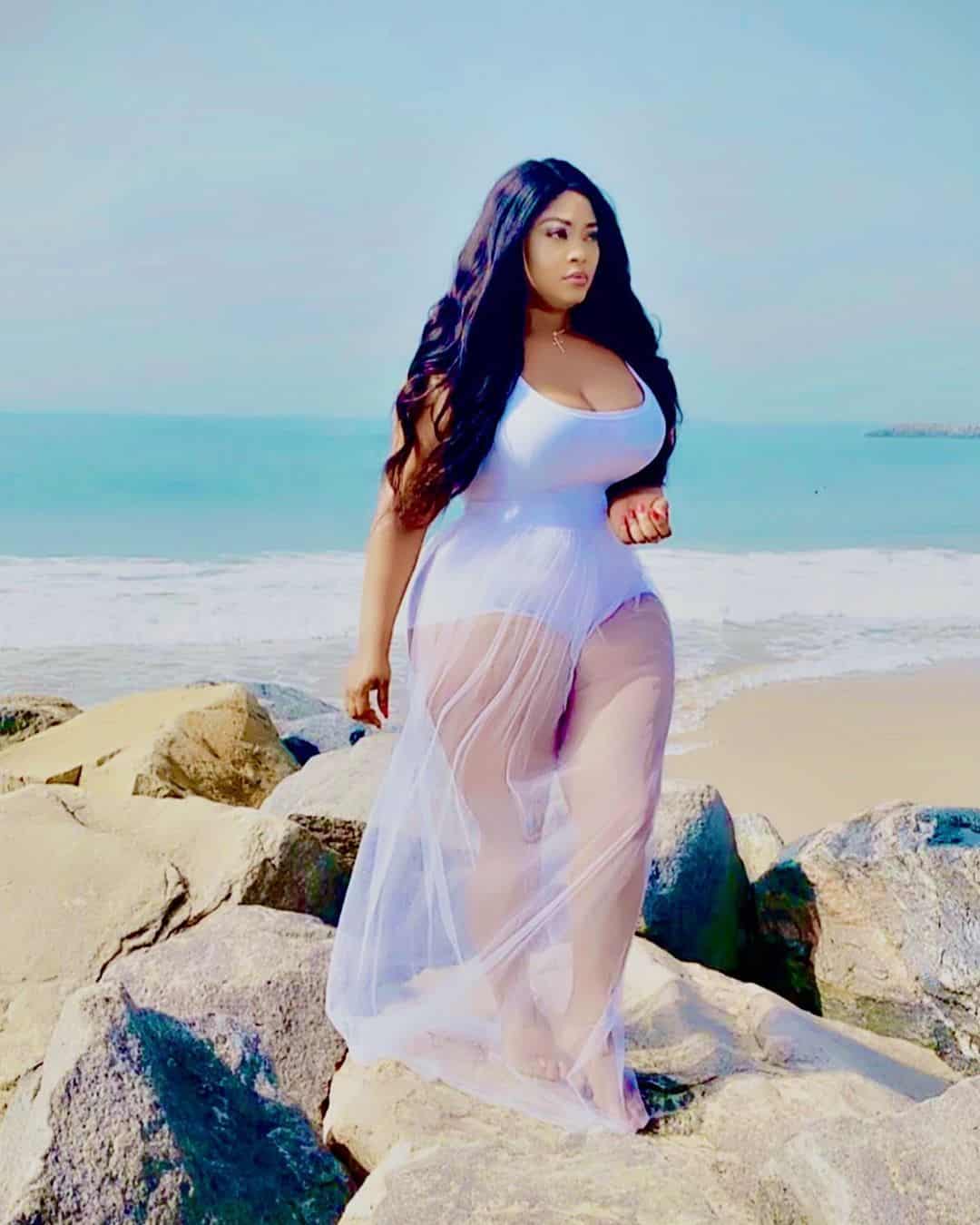 However, the fair-skinned voluptuous role interpreter, who has an impressive fan base on Instagram, has said that she was once shy of showing off her body until social media helped boost her confidence.

In an interview with Saturday Beats, the actress said,

“About six years ago, I used to be shy of my shape. I was always conscious of the way I walked because of my posterior.

“At times I had to wear like two tights under anything I was putting on just because I didn’t want my posterior to shake. But the advent of social media boosted my confidence. I started seeing people boldly flaunting their curves.

“I also learnt how to work on my shape via this medium. Then, I used to regret my shape but now, I’m so proud of it. I look at myself in the mirror and I thank God and my mother for this.

”The actress who is also a beauty entrepreneur, said that her the business now takes 90 per cent of her time because it brings more money for her than acting.She said, “I’m doing two jobs that need attention. One brings money and the other brings fame. I need to dedicate about 90 per cent of my time to my business for it to grow and monitor things myself.

“This has affected my participation in the movie industry. But some clients patronise me because they are my fans, so if I’m not present, I may lose out. Movie is not running away. I’m not the type of person that wants to reign forever. I just want to do what I want to do and make an impact.

“Career-wise, I think my physique helped me. I remember that last year when I was on set, someone said, I was no more active as an actress because of my business engagements.

The person also said if it was not for my shape, they wouldn’t have called me. I was shocked by those casual words. But in Nigeria, one needs to be there, if not, one’s business would be mismanaged.”The actress, who has two children, also said that she puts her children into consideration in all that she does and tries to avoid scandals.

“What rocks your boat might not rock mine. I think it’s just the case of “as one grows older, there are some things one wouldn’t want to do anymore, no matter how fashionable or good they are.

“I won’t tell you what I’m not but I wear anything that I find comfortable as long as my children don’t object to it. Like the outfit I used for my birthday shoots, I sent it to my son in Canada to get his opinion and he approved of it; even his sister too.

“It’s not like I’m seeking validation from my children but I put them into consideration first. I don’t want them to read things that would make them sad or disturbed. I think there was a time I had an issue with someone and it was a bit messy.

My son told me that I should have kept quiet and not replied. It’s not that I don’t want people to talk about me. I just tread with caution in all that I do because of my image.”
***
Source: Saturday Punch