Home Entertainment News “I told her I’m not a lesbian” – Bobrisky says as he...

Popular crossdresser, Idris Okuneye, also known as Bobrisky has shared a video of Tonto Dikeh getting touchy with him.

The self acclaimed ‘mummy of Lagos’ shared the video via his Instagram page while dragging the actress for allegedly being ungrateful to him.

He shared a video of the actress touching his chest and claimed that she always did that to him. He however made it clear that he’s not lesbian.

Sharing the video on his page, Bobrisky said;

“Even from the video na she dey touch me first. I told her I’m not a lesbian. I don’t like girls.”

Bobrisky and Tonto Dikeh have been dragging themselves for a while now and spilling details about their shady movements in the past. 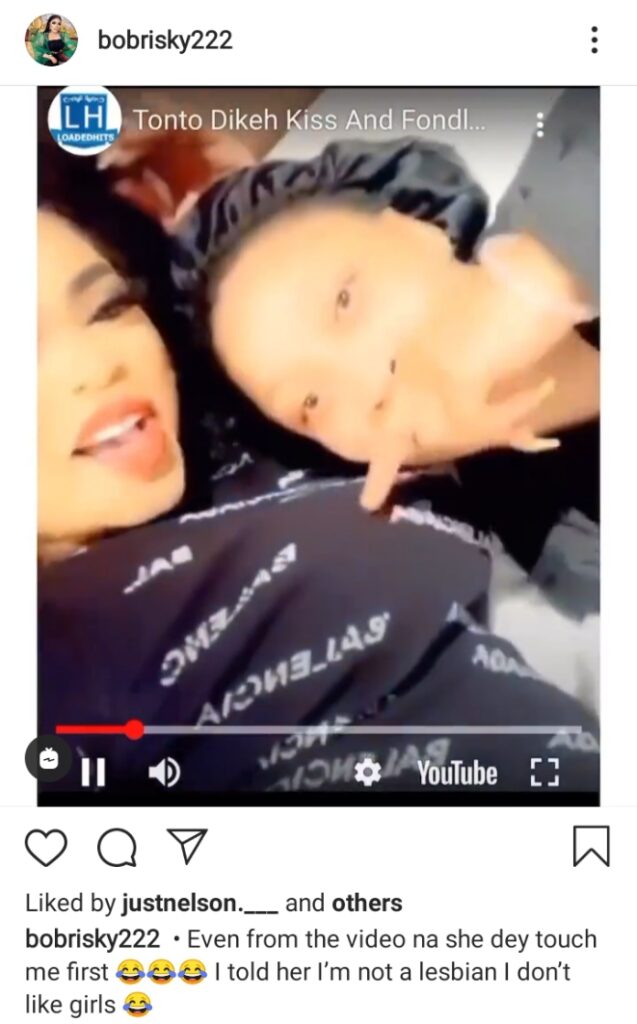