Former big brother Naija housemate, Nina has revealed that she knew about the plans of former housemate, Angel to get married.

Angel was reported to have gotten married to his Canadian girlfriend today in Port Harcourt.

Nina revealed that she knew about Angel’s plans to get married because he told her about it during the Big Brother ‘Double Wahala’ reunion but she thought it was a joke so she decided to keep it a secret. 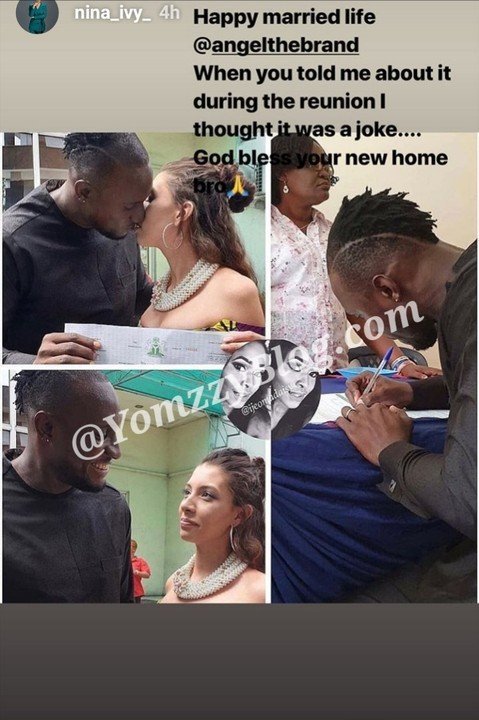