Home Viral News “I said they have started again and they started beating me” –... 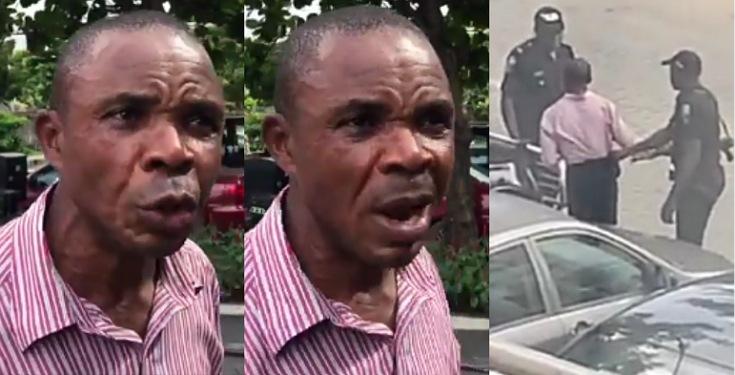 A video which earlier went viral showed some officers of the police force assaulting a passerby on a pink shirt.

The victim who gave his name as Isaac Samson has cleared the air about the incident and what really transpired between him and the officers.

According to him, he was passing along the road and he saw them arresting and dragging an Okada Rider.

He said he was like – “they don start again o”, and then one of the officers rushed him and asked him what they started again.

He said at that point, they started beating him till they finally got tired and released him.

"I just said they have started again and they started beating me" – Man who was assaulted by police, narrates what happened. . . Follow @mediagist for more exclusive updates.