A Northerner has taken to Twitter to lament on the poor security in the country during President Muhammadu Buhari‘s administration. 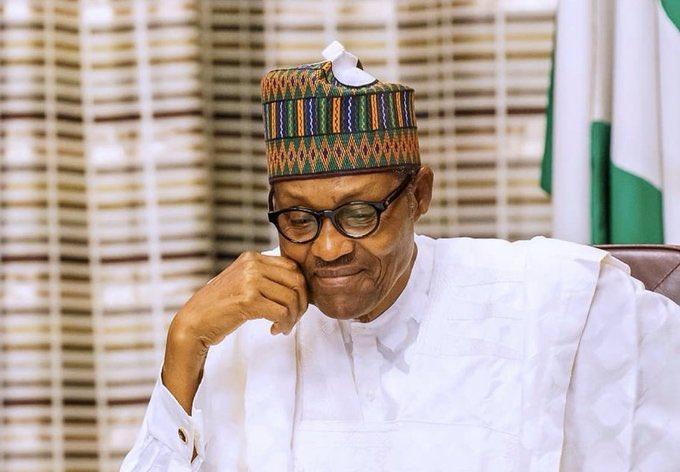 This is coming following an exchange with the Personal Assistant to the President on New Media, Bashir Ahmad who wrote on the recent Kankara kidnapping in Katsina.

According to Al Amin Yahya, he regrets putting in a lot of effort into the success of the election that made Buhari the President of Nigeria. 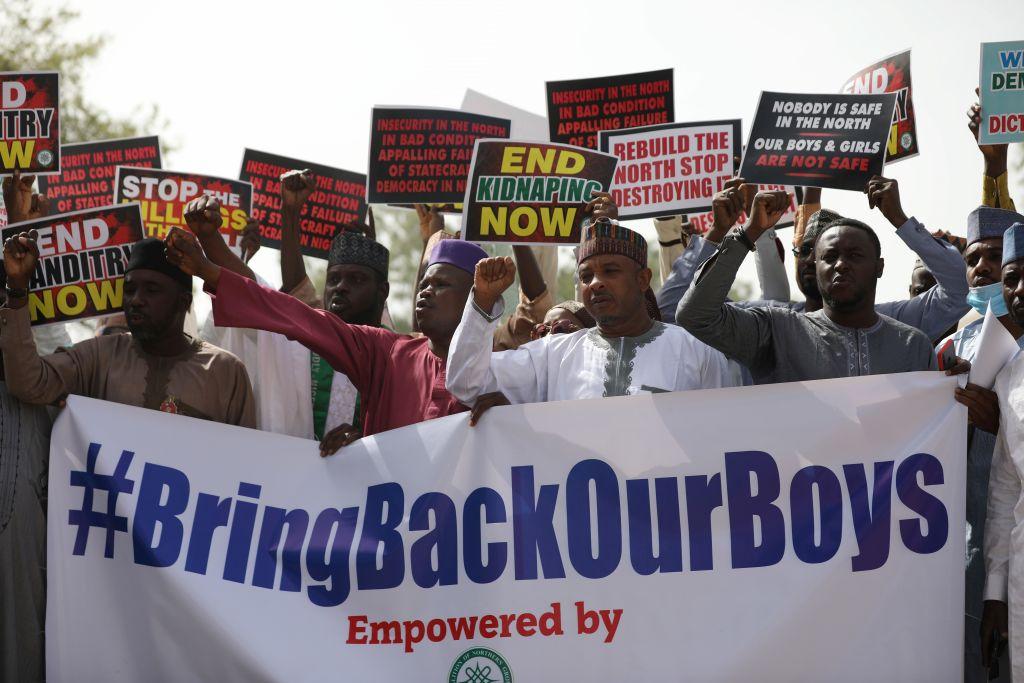 ”When It Comes To Security Wise, I Have Never Seen An Administration That Is Shamelessly Failing It’s Citizens, I Regret Fasting So That Buhari Would Win, I Regret The Slaughter Of Ram I Did For His Victory In 2015. I Regret Skipping Fajr Prayer Just To Vote For Him On That Day,” He wrote. 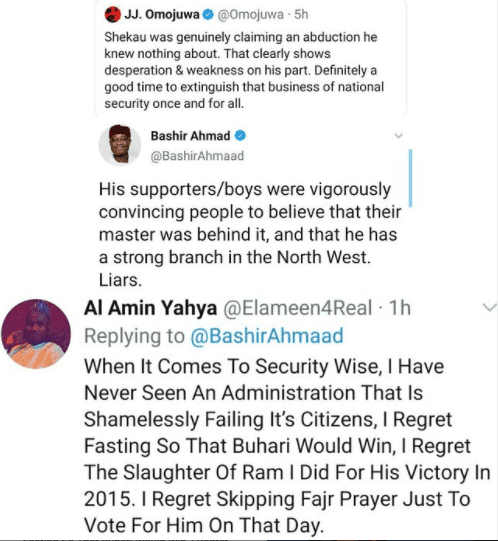