Home Entertainment News “I paid for my apartment and my furnitures, someday I will buy...

Former Big Brother Naija housemate, Diane Yashim aka Diane Russet has shared her joy with fans after she rented an apartment and bought furnitures herself. 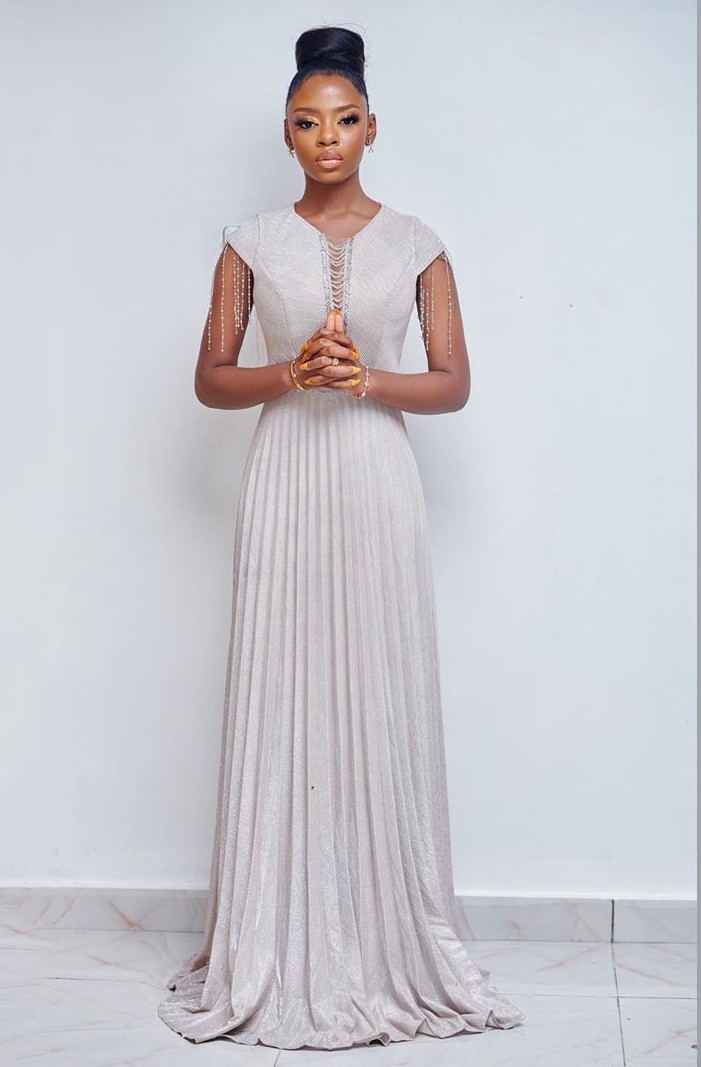 The reality star and actress, fondly called Queen of the North stated that although it might not be a big deal to some people, it is a big deal to her and she’s grateful to God about it.

Diane further shared her hopes and dreams about acquiring a house of her her own someday, as she noted that it is gradually becoming an achievable feat.

Fans and well wishers have taken to the reality Star’s social media pages to congratulate her and celebrate with her. 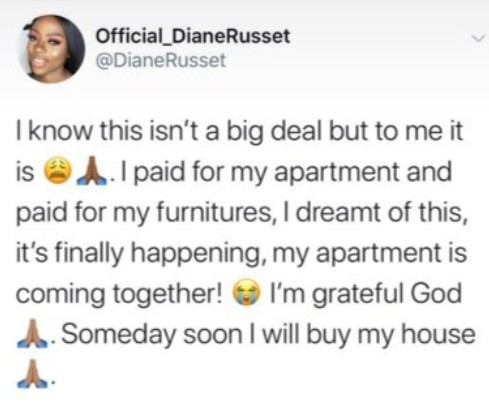