A Nigerian man identified with the Twitter handle @glory_manz is set to divorce his wife after making enough money to get the kind of woman he wants. 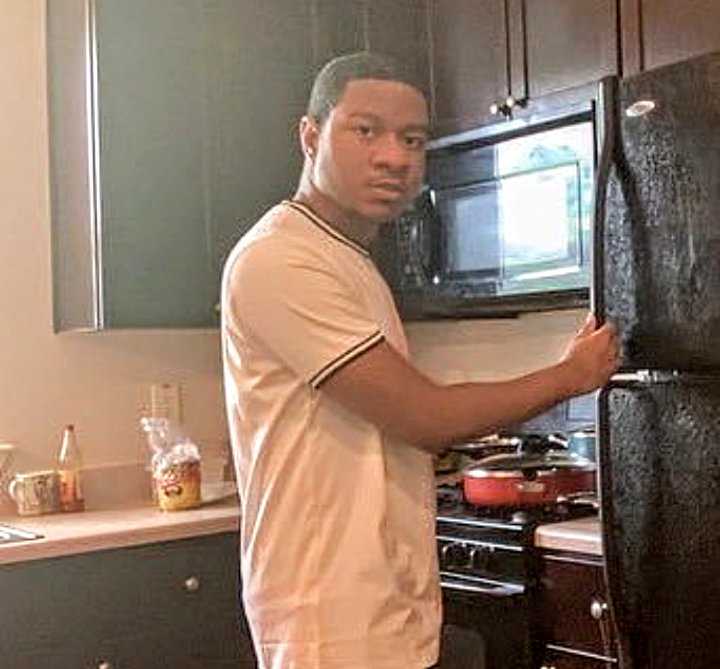 Explaining his reason for the move, the man via a tweet on the micro-blogging platform noted that he only married his wife at the time he did because he didn’t have better options.

He added that although he is now in a better place and wants to move on to someone else he doesn’t want anyone to have the lady in question.

In his words: “I only married my wife because I had no other options at the time. I’m in a better place now & I want to move on to someone else.” 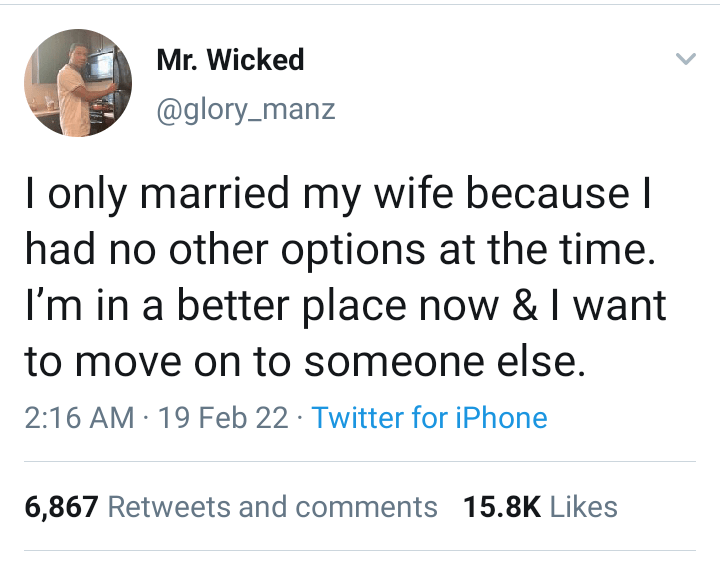