Adebayo Adedeji, the CEO of a popular travel agency, Wakanow has called out his Chef over the misappropriation of food items as justification for poor treatment of domestic staff in Lagos. 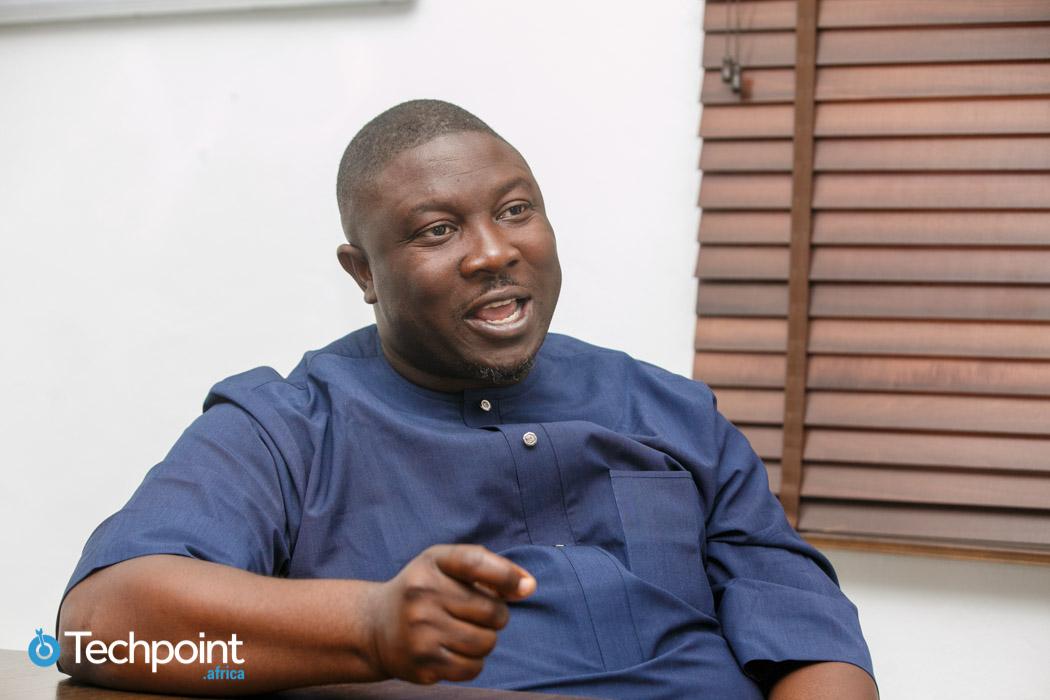 According to the tech entrepreneur, his Chef played on his intelligence by slowly ripping him off by stealing food items for personal use.

In a lengthy note via Facebook, Ayodeji Adebayo wrote;

“I have always wondered why people treat domestic employees like shit in Lagos. After a few years, I now understand!

I pay my chef N100k monthly and weekly 5k for transportation he typically eats breakfast and lunch at the house, if he comes extra days I give him 5k-10k. And when I travel abroad which is usually at least 1 week a month he doesn’t come to work while I am gone. During the pandemic I continued to pay him like nothing happened because I wondered how he would feed his family, I was not even in town o for 3.5 months 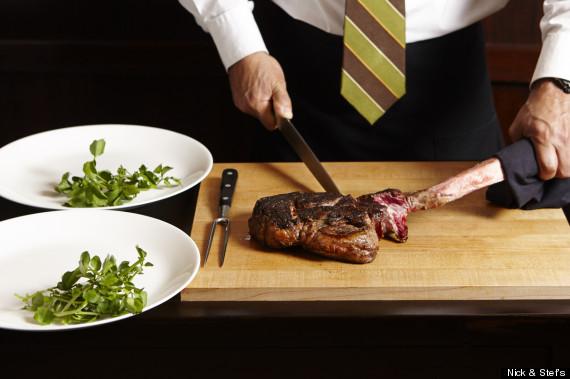 I noticed the feeding bill continued to rise and it seemed we never have things in the house. When I ask to eat something I get an additional bill to do market runs every other day so I started tracking. My feeding bill went up by 100% in October for 3 weeks of feeding I was nearing 300k in spend excluding salary for me alone….. uhmmmmmm typically I have a lot of guests on weekends but in November we were always at Wave on the beach.

So I went out and purchased so much food that we could not possibly finish in a month. 2 weeks after I asked to eat jollof rice with smoky flavor and imported rice so that the grains stand at attention, he told me we don’t have tin tomato. Shocked! I argued he told me I didn’t buy it. I checked my records and noticed I purchased 2 cartons of tin tomato. I mean 2 cartons o of premium tin tomato like the one in metal containers from Renee supermarket.

2 whole cartons were gone in 2 weeks without having a major party. Then I remembered he had a naming ceremony so I thought he must have stolen it to use for his party but I assumed maybe I didn’t take it from the store or the house girl stole it since I didn’t catch him. America taught me to assume innocent till proven guilty not the other way around like typical …………

I was traveling for 2 weeks and it was kinda impromptu so I informed him that he was getting 2 weeks of paid leave the same day I was leaving. As I was leaving he was also leaving the house too so I asked to see his bag. Alas!

This guy had gone shopping in my pantry. The list was endless even hot chocolate (eruku oshodi), rice, beans, all my sardine, corn beef, even chocolate bars, canned sweet corn like the list is long.

It broke my heart because I thought I was nice to him and his family. Remember he did naming in Dec I gave him 50k to support his child but I gave him after the ceremony hoping he will use it to take care of his 5 children as opposed to celebrating the birth of another child.

Not knowing he has been stealing me blind. When he started working with me, I spent time in the kitchen teaching him how I like my food, I retrained him even though he had been cooking for years. He became so good. I mean his fried rice is madness, I mean it’s so good, we discussed adding it to the Dundu Nation menu but I worried about scalability without him.

I gave it all to him and told him not to come back again. I paid him for the time he had worked during the month. I know I am overly nice.

I fundamentally believe that everyone should be treated with dignity and respected for what they do. Pay them fairly and be reasonable with them, take care of them and hopefully, they won’t need to steal. My friends say I spoil them but I believe in the love thy neighbors law the Bible preaches I sincerely just follow it.

Too many animals out here! Should I start buying bowls of soup but I just don’t eat refrigerator food and the food never reaches how cooked meal standard with blender ground fresh peppers and uniquely selected meat parts not the cheapest meat in the market because I love ribs and brisket….. yes I am spoilt so I am back to cooking for myself and saving money since I can not find an honest chef.

Maybe I should hire him back sef?” 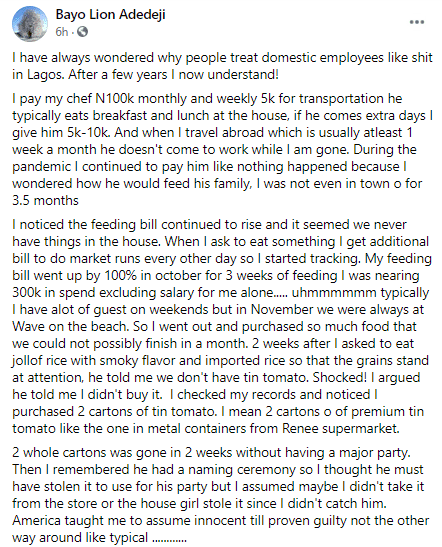 The former CEO of Wakanow was replaced with Ayodeji in 2019 and has since been running the agency smoothly.