Nollywood actress, Eniola Badmus, who is stressed out, has through her Snapchat disclosed what she needs to relieve her stress.

The actress said she needs to fornicate aggressively to relieve herself of the stress.

The veteran actress lamented the level of her stress, using tears emoji to express her pain.

“Am so stressed? I need to fornicate aggressively,” she said. 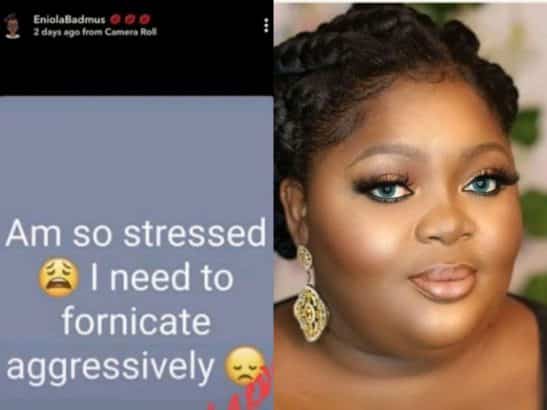 The plus-sized actress however failed to reveal the identity of the man who is going to cure her of the stress which requires fornication.

Let’s hope before the end of today, the actress would have been cured of her stress.