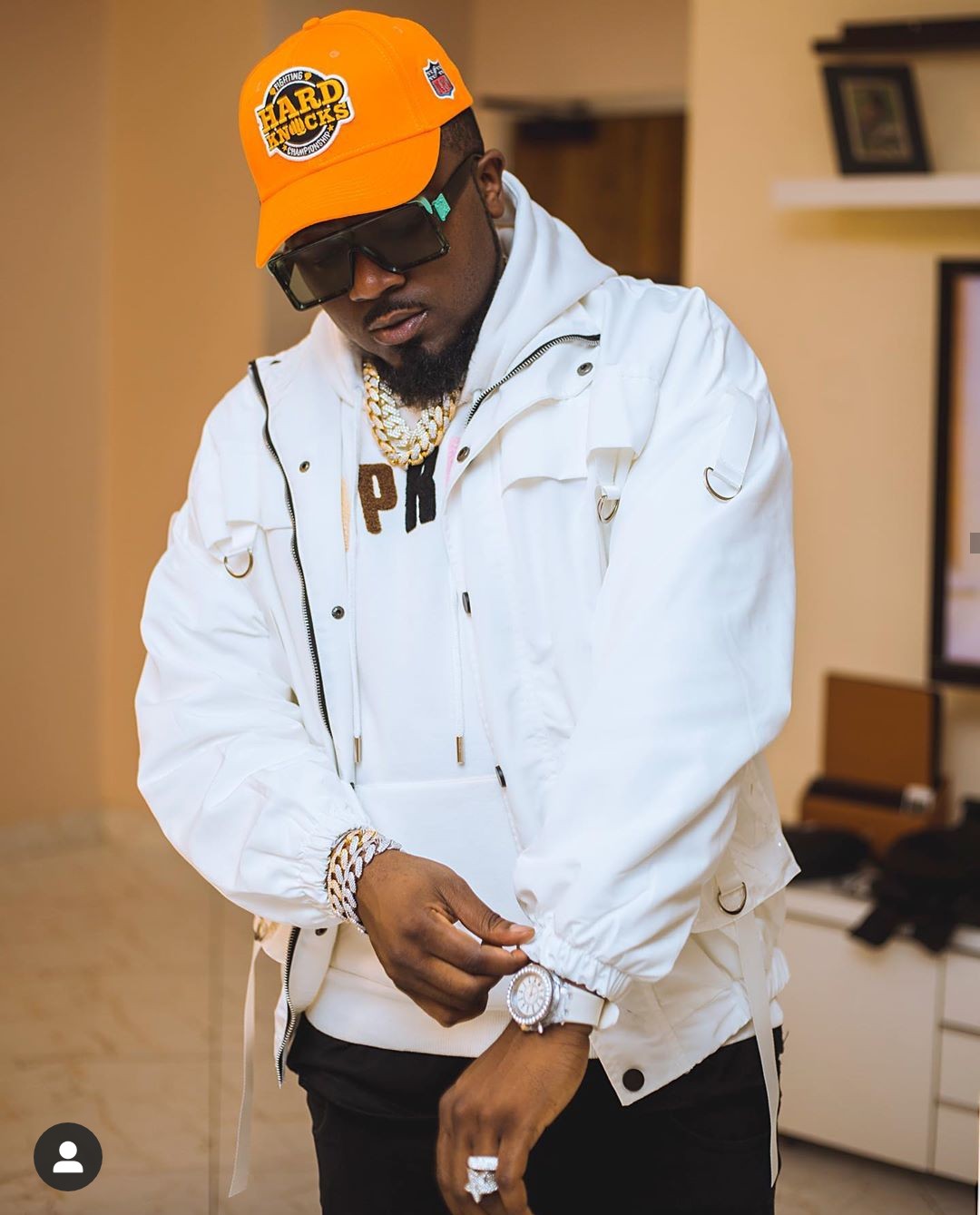 The Nigerian rapper took to his official Twitter account to make this known, while also narrating how he saw her at an event and reminisced on their long time friendship. 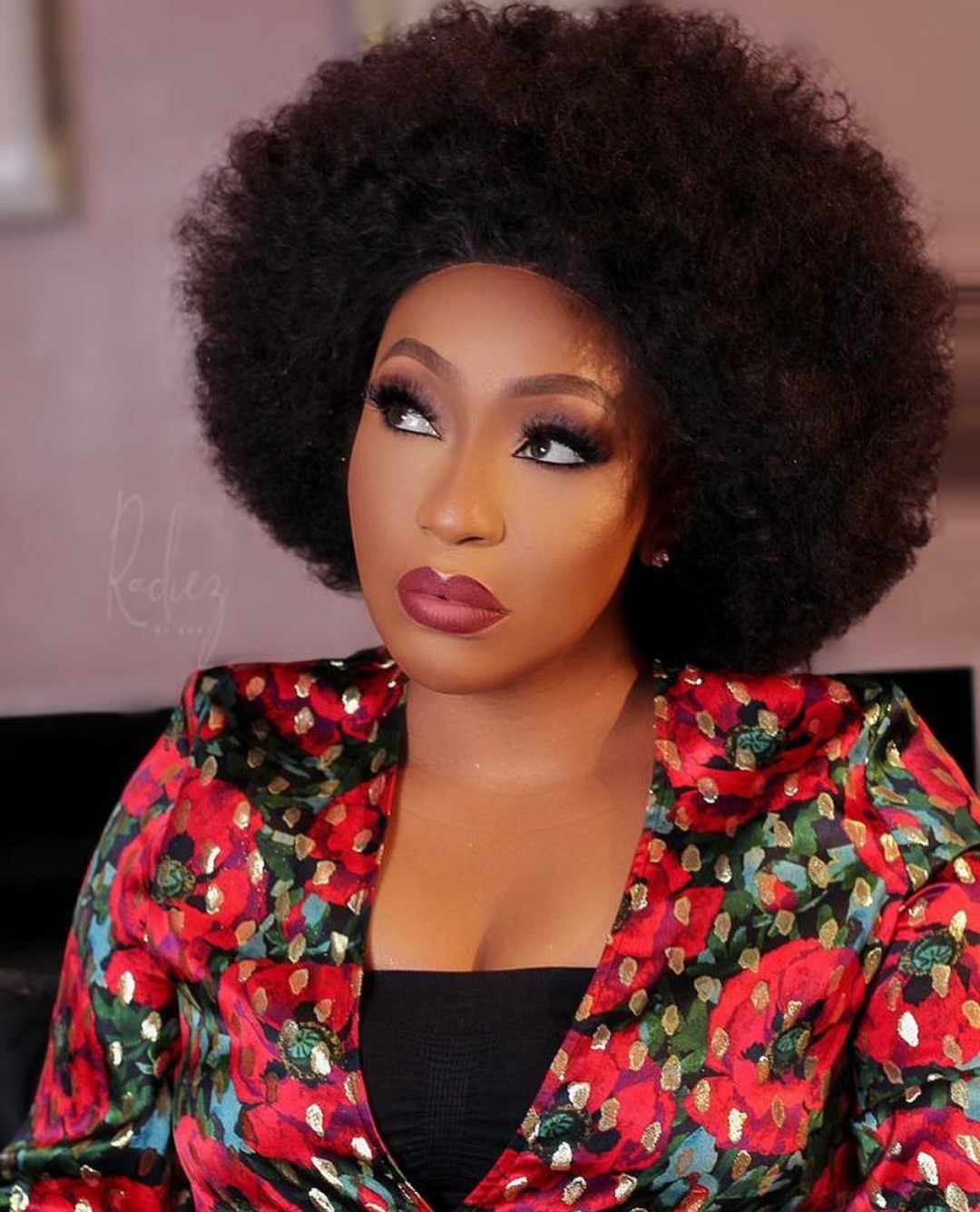 Ice Prince pointed out that Rita never fails to hold him down. In his words;

“I saw the boss Rita Dominic Last Night at an event That na my Good Friend long Long time she never fails to hold me down like a G Love the Queen @ritaUdominic.” 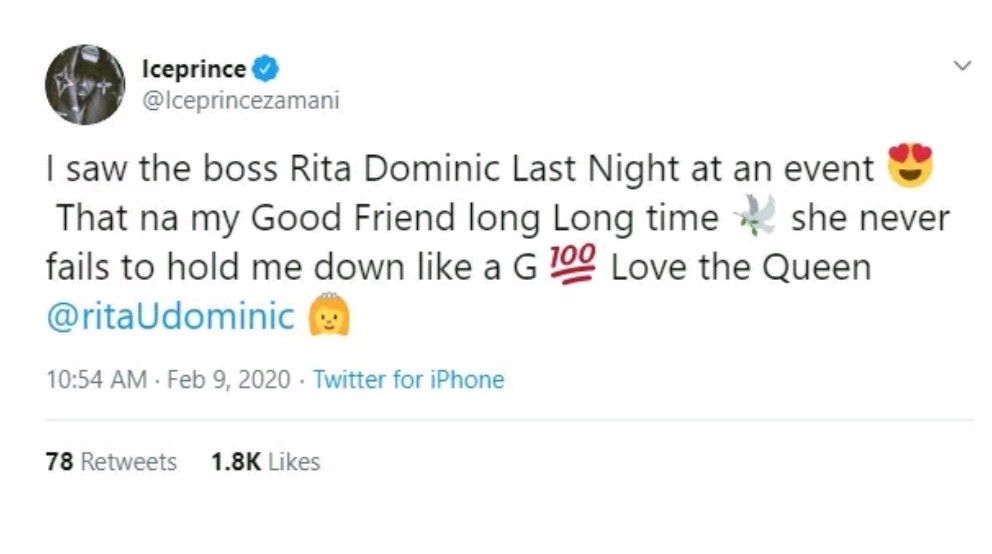