Newly married actress, Regina Daniels took to social media to to publicly profess her love for her husband, Ned Nwoko.

According to the actress, she doesn’t care what people says about him.

She further asked those hating on her for marrying the 59-year old billionaire and Senator-elect to keep hating.

Sharing a photo of herself cooking in the kitchen, she wrote: “Preparing breakfast for my hubby, I love him so much ❤️ Let haters keep hating ? who is ready for giveaway?” 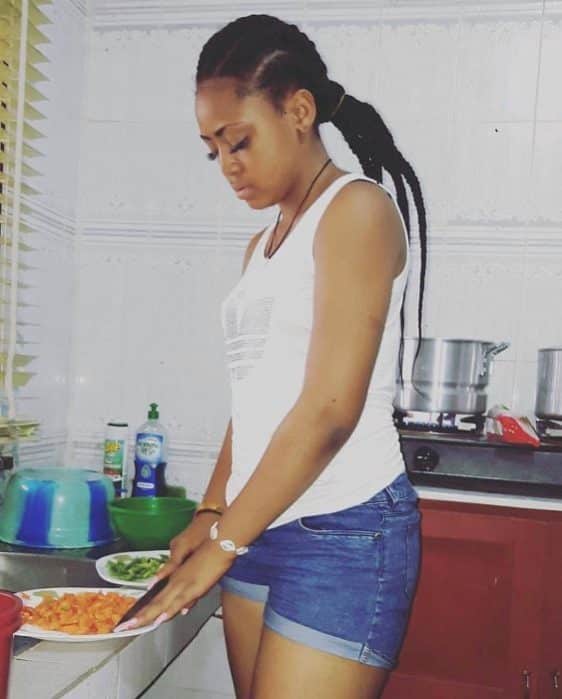