Home Entertainment News I get nervous as all eyes are usually on me in public... 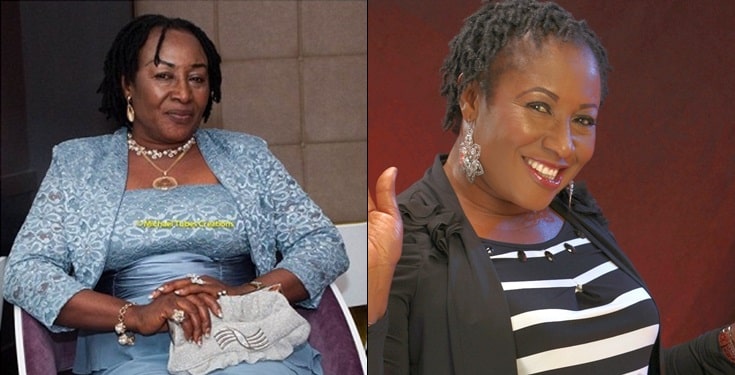 Veteran actress, Patience Ozokwor, aka Mama G, is one of the most popular faces in Nigerian movies. Often acting the role of a wicked mother-in- law or tough woman, it is hard to imagine that she can ever be nervous.

However, in a chat with Sunday Scoop, Ozokwor revealed that she sometimes got nervous when she was out in public and all eyes were on her.

She said, “Fame is a good thing and it has a lot of advantages. However, sometimes, you cannot be yourself because all eyes are on you. There are times I get nervous when I am in public because so much attention is on me and it seems everybody is watching me.

“At times like that, I get self conscious and I think that’s quite natural. Sometimes, I just want to be like everybody else and go about unnoticed. As a celeb, so much is expected of you and people hold you to certain standards, and this, sometimes, could be unrealistic.

“However, I don’t take all I have for granted. Fame has opened a lot of doors for me and I get preferential treatment. Having a good name is more important than any other thing because your children and generations yet unborn will reap the benefits.

“Above it all, I thank God for His grace. I thank God that I have achieved everything I wanted with this profession. It is very important for one to know one’s path. Otherwise, one could just waste years doing the wrong things and getting no results.”

Sharing her thoughts on romantic roles, Ozokwor said, “There is nothing wrong with that as it is part of the job of an actor. However, as adults, I believe that we know the difference between right and wrong. While portraying a romantic scene, things shouldn’t be taken overboard and made obscene. One of the most important roles of movies is to teach people; we just need to make sure that we are not passing the wrong messages.”

Also advising up-and-coming actors, Ozokwor cautioned them to be patient and make the love of the profession their driving force, rather than money. “I have observed that many of the young ones are only into this for the money and it shouldn’t be that way. One of the easiest ways to get frustrated or derailed on this job is to make money your focus because if it doesn’t come, you will be tempted to engage in unwholesome acts. Instead, it is your passion that should motivate you,” she said.