Controversial actor, Uche Maduagwu has replied BBNaija star Tega, over her recent comments about him taking another slap. 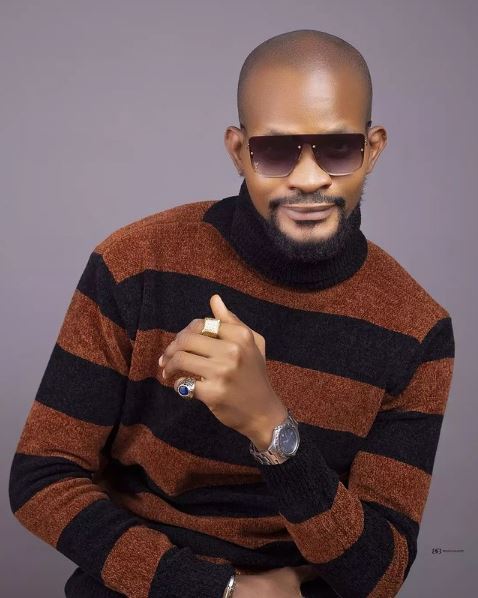 Uche Maduagwu has dragged reality star Boma over his affair in the Big Brother house with Tega, questioning his moral conscience in the way he acted with a married woman.

However, Tega who sighted the post on Instagram, went to the comment section to tell the Nollywood actor, that he’ll soon get another slap to his face. 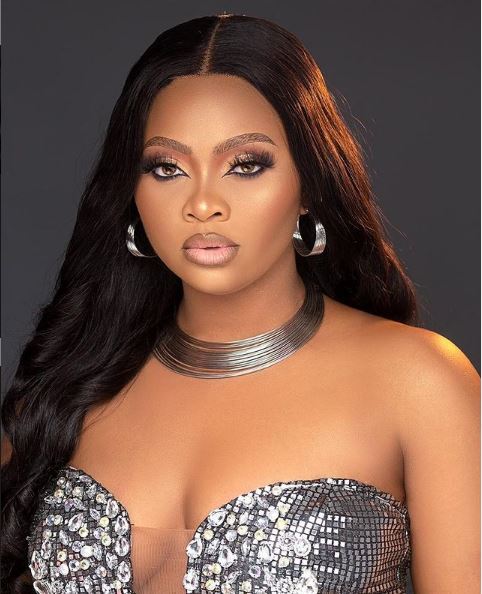 However, while reacting to her comments, Uche Maduagwu has stated that he doesn’t exchange words with married women who cheat in the house with another man.

“Abeg carry your Olodo body comot I do not exchange words with Married women wey dey Kiss man for bbnaija6.

Your own spiritual yamayama Get honorary degree pass tiwa. The only Dominic wey i Know will never kiss another man on national TV after her marriage.

Na my God fearing colleague, Rita Dominic, so it is better for me to Chop slap than seeing person iyawo kissing Boma for bbn6 like Buhari kunu” 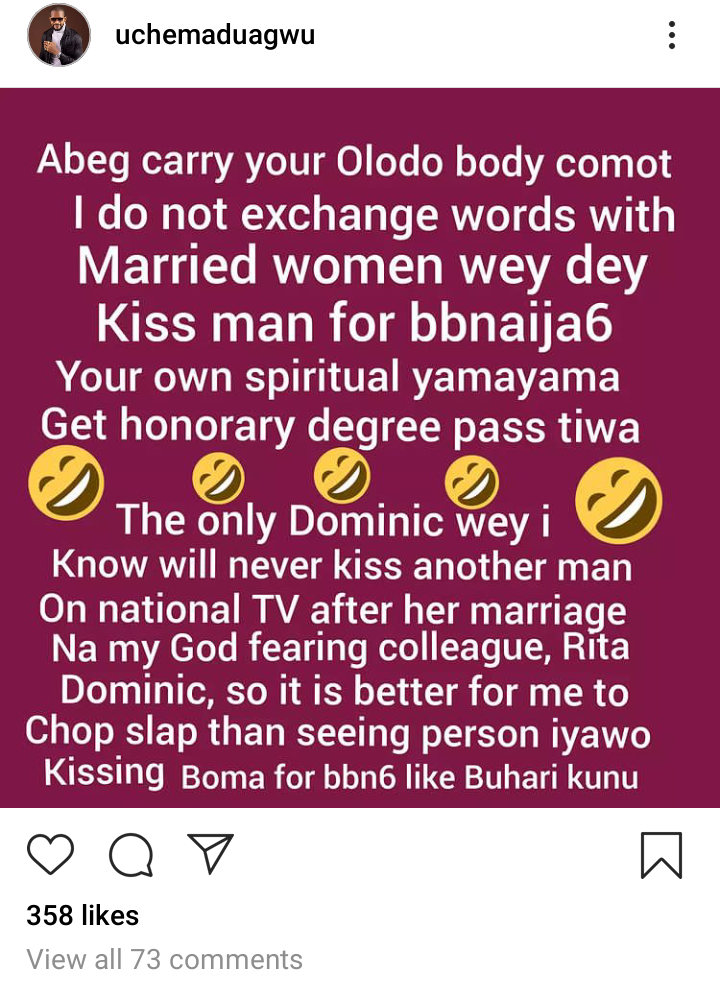