Home Entertainment News “I can’t believe the Nigerians out there trying to justify Yahoo” –... 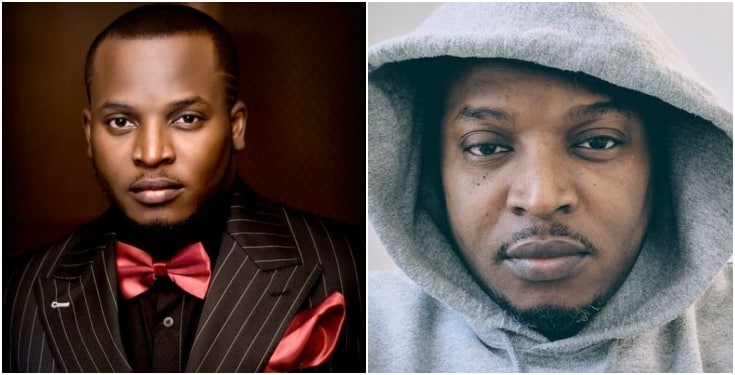 Veteran Nigerian rapper, Eldee The Don has reacted to the ongoing Yahoo Yahoo saga which has already landed two rappers, Naira Marley and Zlatan in EFCC’s net in connection with an alleged case of internet fraud and money laundering.

Eldee slammed those who see ‘Yahoo’ as a form of reparation for slavery and says he’s shocked by the percentage of Nigerians trying to justify fraud.

In a series of posts, he wrote,

One of the early signs of anarchy is when a society loses its moral compass. I can’t believe the percentage of Naijans out there trying to justify fraud.

I hear people trying to suggest that Yahoo is a form of reparation for slavery. Terrorists have similar logic. The people you end up hurting and destroying their lives have done absolutely nothing to deserve your aggression.

When you defraud innocent people of their life savings, you could be destroying their lives and that of their children. They may live on a different continent but they are people just like you.

I also hear the excuse that things are so difficult that most Naijans are forced to have to become fraudsters. My question is this, why stop at fraud, why not carry a gun and rob people? It is the same logic, No? There are Nigerians who don’t have to loot, steal or Destry anybody else’s lives in order to “survive”.

If fraudsters targeted corrupt governments or corrupt leaders, the “Robinhood”argument could make some sense but what do you do with the stolen money other than to buy a Benz, some Gucci and to pop bottles, to further oppress your own people?

Yeah politicians are crooked but how are you different? You rob and steal innocent people’s dreams as well, no? #SayNoToFraud 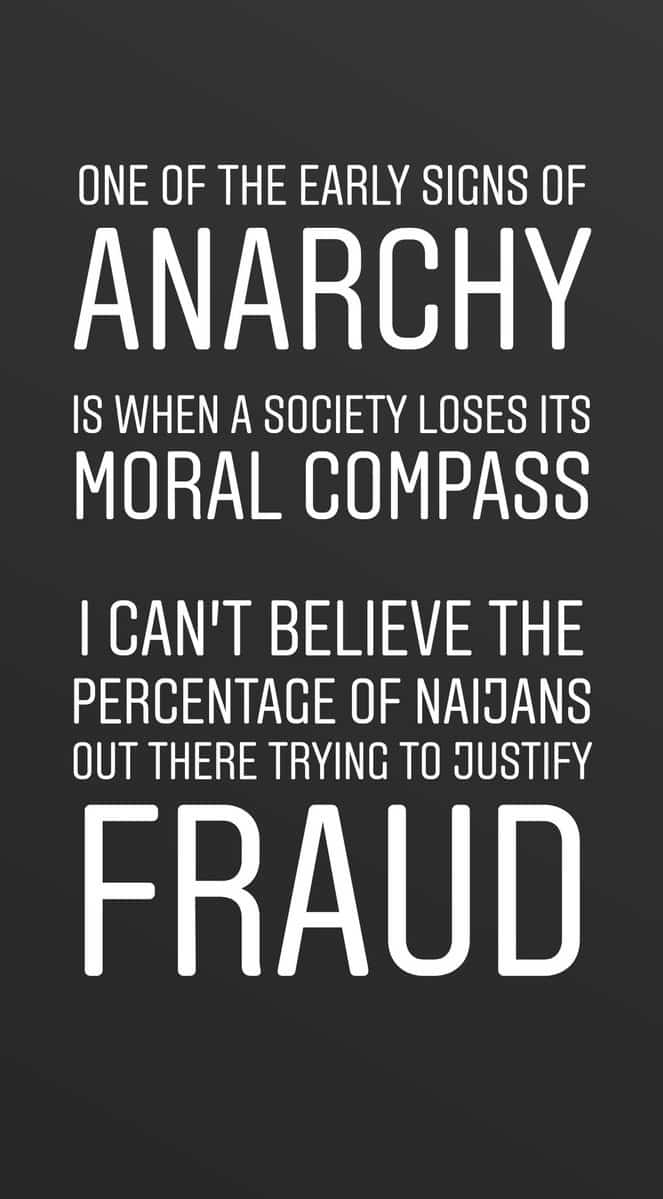 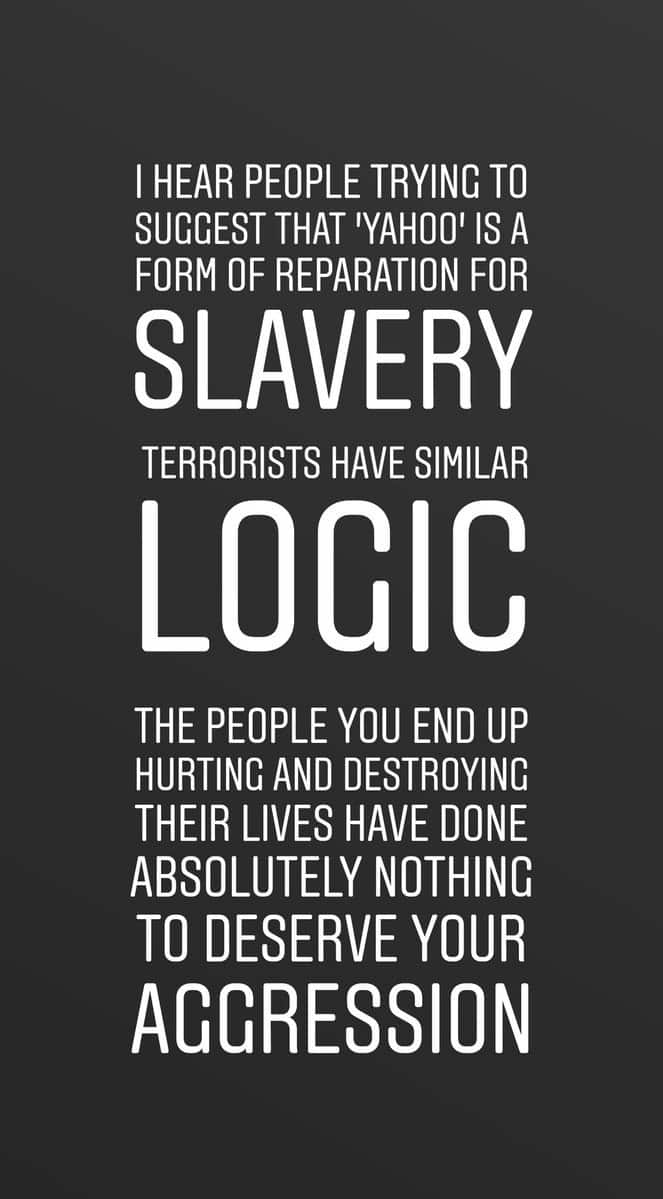 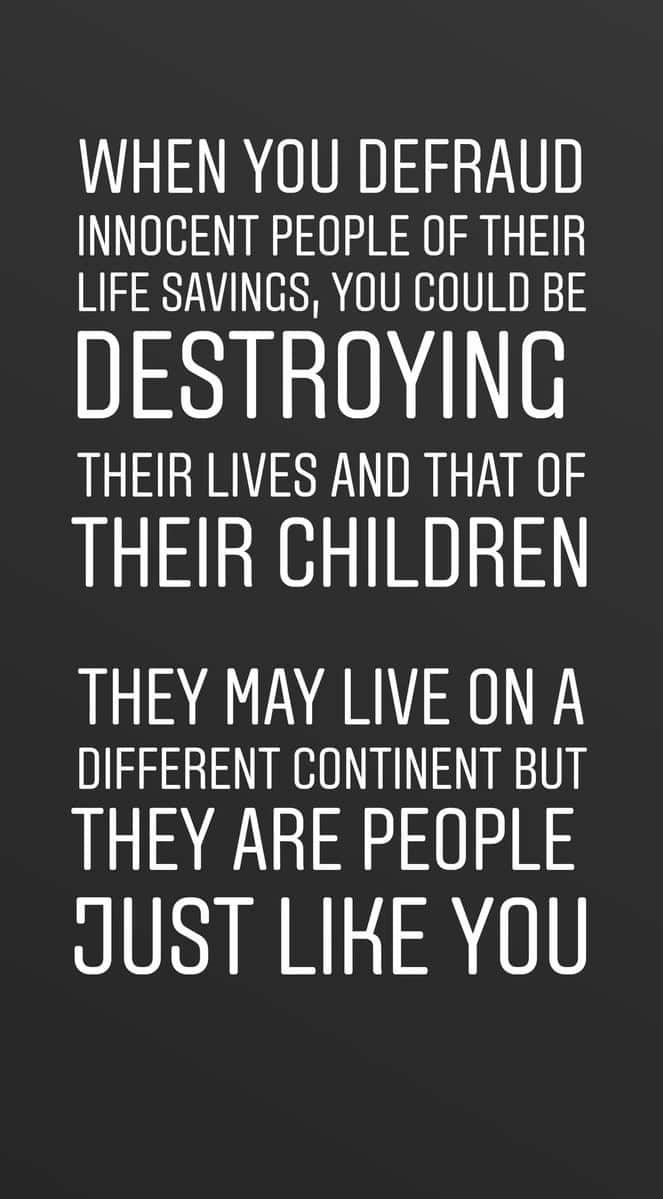 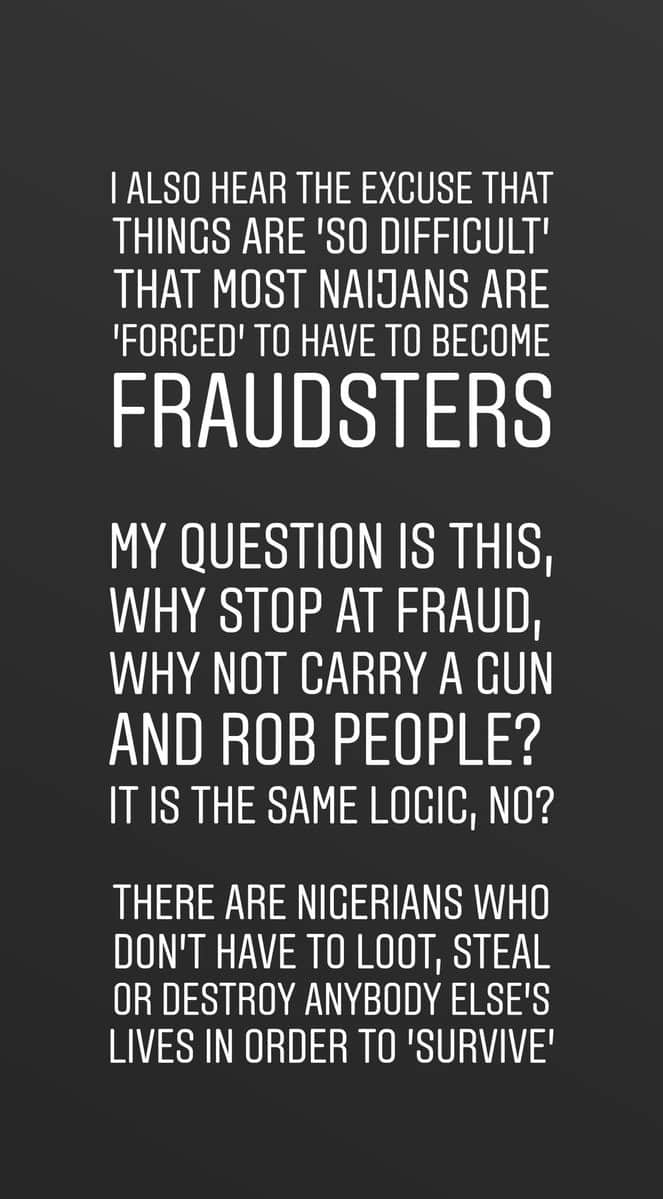 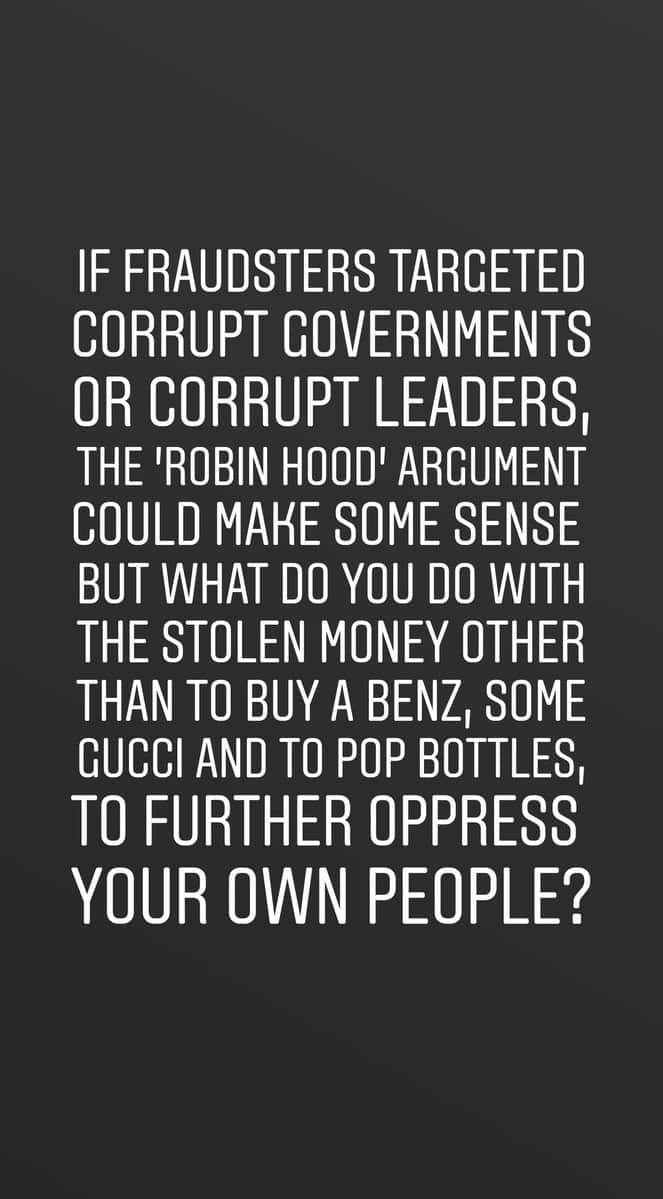 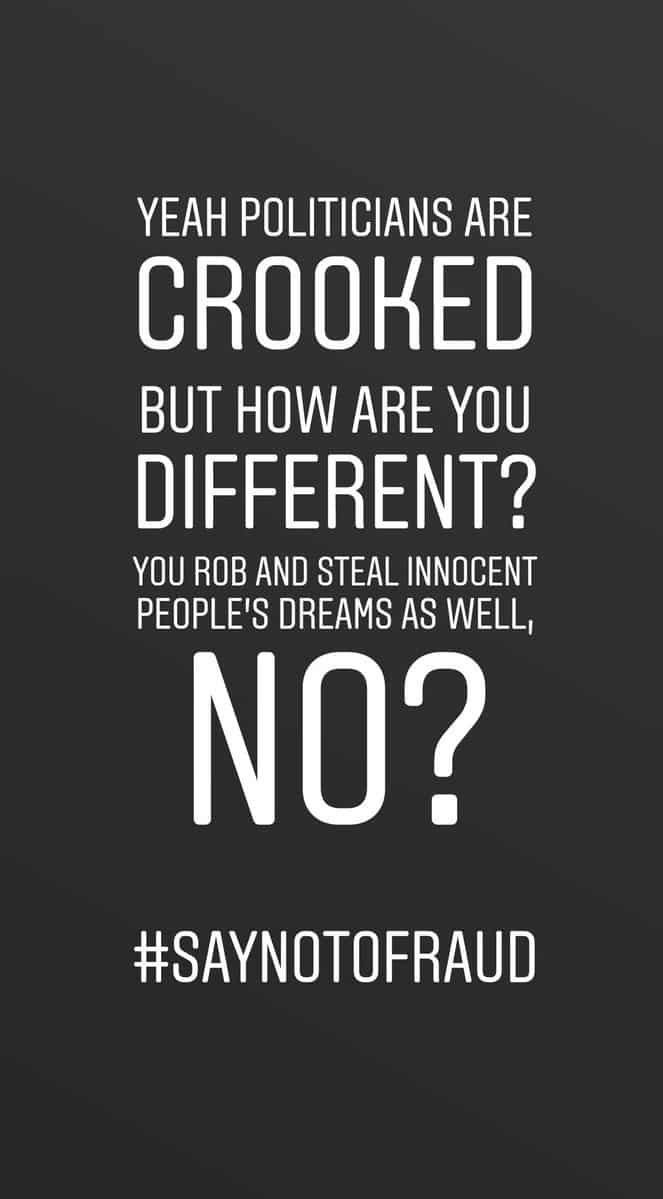