Home Entertainment News How Pastor Adeboye and wife made me Governor of Benue state –... 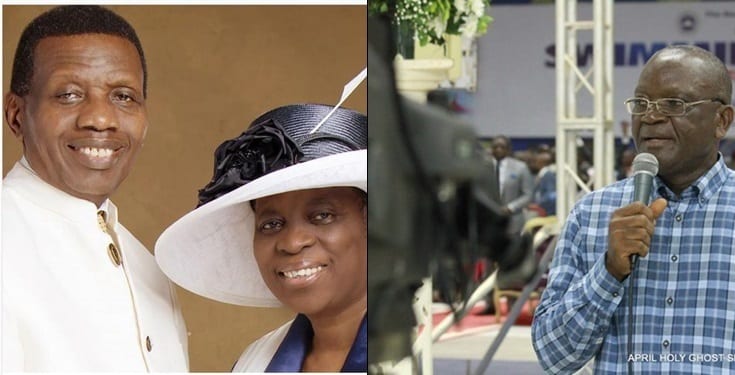 The Governor of Benue State, Samuel Ortom, has shared his experience on how the General Overseer of the Redeemed Christian Church of God, Pastor Enoch Adeboye, ensured he emerged victorious at the 2019 governorship election in his state.

Governor Ortom who shared his testimony during the April edition of the church Holy Ghost congress held at the redemption camp on Friday, said he sought for the prayers of Pastor Adeboye and Mrs Folu Adeboye before contesting and emerging victorious in the 2015 governorship poll.

He said: When i wanted to contest for the 2015 election, i came to the Redemption Camp to pray and i went to Daddy and Mummy G.O. They prayed for me and despite all the challenges that accompanied the race, i became the governor and i was sworn in.

Recall that Governor Ortom defected from the All Progressives Congress (APC) to the People’s Democratic Party on the 25th of July, 2018.

On giving his reasons why he left APC, Ortom said: “I recall that i had issues with the leader of the APC in Benue State and while the national leadership of the party was trying to resolve it, the party in the state embarked on aggressive campaign of calumny against me. It is on that note that i tender my resignation letter to my ward chairman of APC.”

Ortom however, revisited the issue by affirming that he encountered challenges prior to the 2019 governorship election in Benue state.

He said: “In 2017, challenges came over me and i said i was not going to contest again in 2019, let me remain a one-term governor. The following day during my devotion, God asked me why i had decided to be a lone ranger. He assured me He is the First and the Last, the Beginning and the End, the Alpha and the Omega.

“I picked up the courage, came to the altar and Daddy G. O. again. He prayed for me.

“But so many challenges came as we went through the race and there was this particular day before the election that Daddy GO called me when i was completely depressed and did not know what to do.

“After the prayer, we were encouraged again and went through the race. Again, despite all the challenges, God saw me through and i was elected the Governor of Benue State again. Praise be to the Lord.”