Nollywood actress, Amanda Oruh narrates a disturbing saga of how her cousin connived with some gang members to use her brother for ritual. 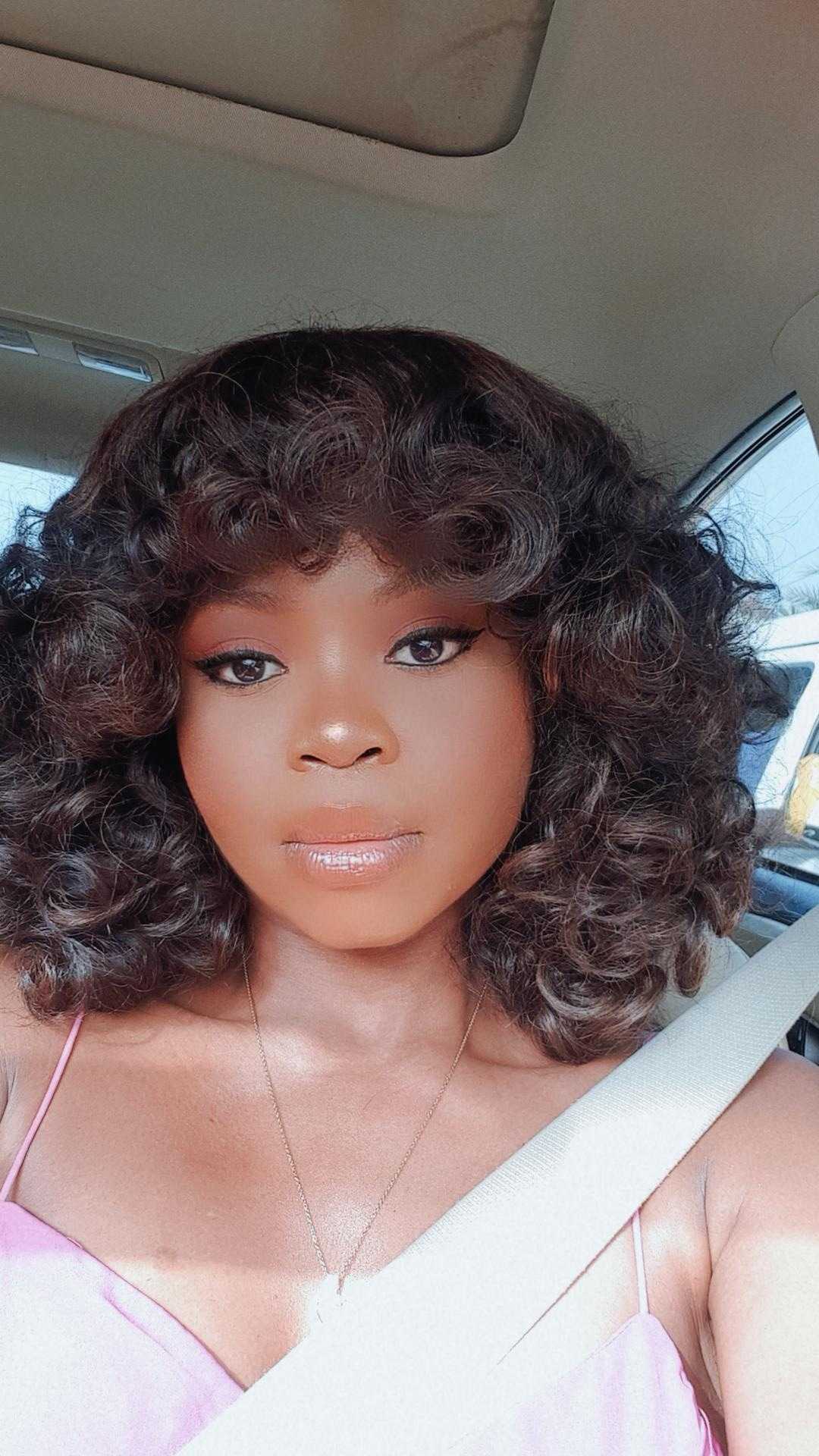 The actress in a lengthy tweet revealed that her cousin was promised N500k if the ritual was successful.

According to her, her cousin and his gang members have fled the community after the evil mission failed woefully.

Read her narrative below:

“I was here saying happy new yr to pple unaware that my brother was fighting for his life as my distant cousin tried to kill my brother for ritual on the 29th Dec. My parents didn’t tell us, we called to say HNY to them today &found out. I have cried my eyes out. God saved him.

They left Lagos before Christmas and my parents insisted my brother follow them. Listening to my brother narrate the story today broke me in pieces, he said he ran and begged still my cousin didn’t bulge. While running they kept saying he will soon fall cos they had poisoned him.

He didn’t know they poisoned his drink. So before they caught up with him, he used his last strength to call my mum (mummy Udo wants to use me for ritual), my parents were driving back to our villa from Ohafia. My dad is hypertensive,I can’t imagine the state they were that night.

When they realised he made a call, my cousin took the phone from him and had a change of heart, gave him coconut water, they dressed him up and put him on a bike back to my village. They took him to a very far place called Ntigha. My brother managed home and told my parents.

They took him to the hospital, he was vomiting blood and bleeding from his nose as well. He can’t keep food down as he still throws up till now. The ritualist and his gang of over 10 people have eloped,the police have been informed. They still haven’t found him.

To think I got this news as I was about to drive out of Muson center after watching a musical, I cried all through the drive. I didn’t even know how I manage to drive safely home this night as tears clogged my eyes.

If there is nothing else God does for my family this year, this is more than enough great news for the year. Giving my brother a 2nd chance. Saving him from death, saving us from the pain and trauma. Indeed this testimony is mighty. Please thank God for us, He saved my brother.

To think my distant cousin’s share was 500k after they successfully kill my younger brother.
500k!He was ready to sacrifice my brother for 500k.I can’t pray nothing but death upon him and all the gang members. If that is the only thing I pray this month, I won’t stop till he dies” 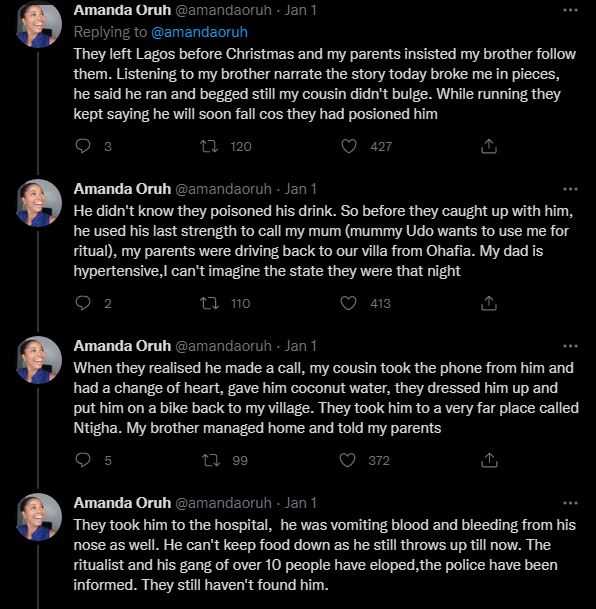 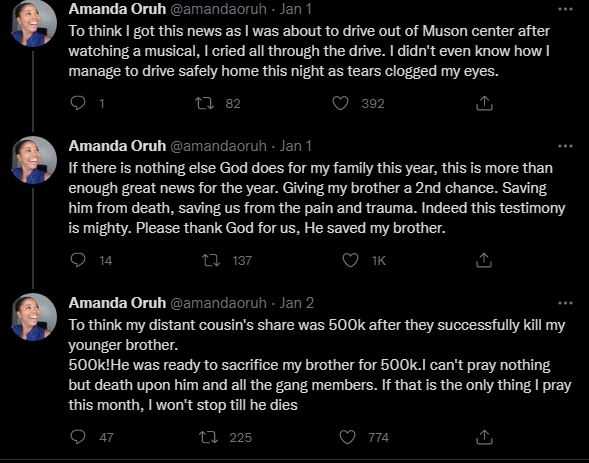