Home Entertainment News “How many of your agemates have you dated” – Timini’s bestie, Dorcas...

Actress Dorcas Shola Fapson has defended her bestie Timini Egbuson after he was called out by his ex-girlfriend, Lydia addressing him as a cradle snatcher, a pervert, and predator. 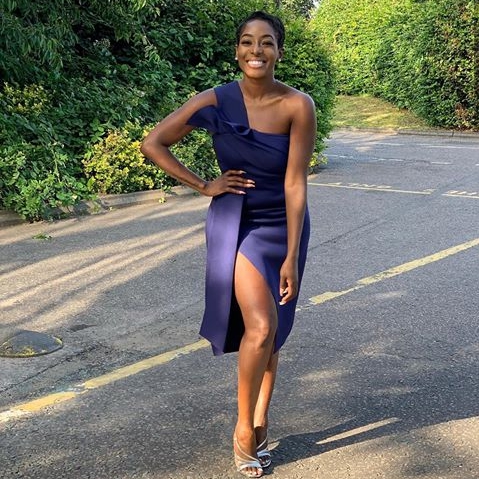 Recall that Lydia called out her ex-boyfriend, Timini after she accused him of using and manipulating her naivety as a 19-year-old for his sexual gain.

However, Dorcas had accused her of not dating her agemates and also that she called to begged Timini last two weeks to take her back.

“First of all Timini is old enough to make his own decisions which I’ve discussed with him PRIVATELY but I won’t sit back & let this clout chaser drag him because he refuses to reply to you.

Same Lydia that up until 2 weeks ago was STILLI, BEGGING Timini back, the guy has blocked you everywhere, you call with different numbers & send emails NON STOP. shey because e no gree you result to this? Smh” 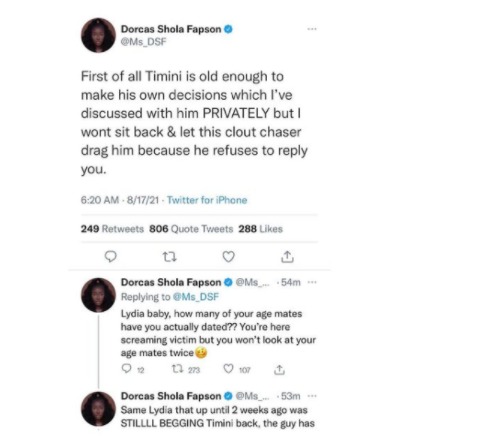 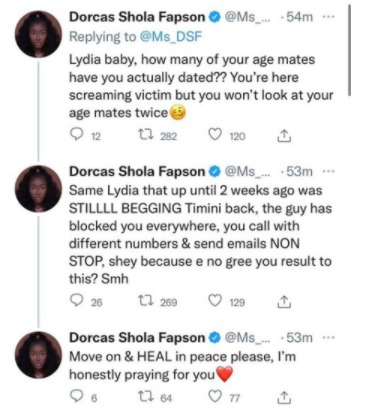