Home Entertainment News ‘His other wives not at war with Regina Daniels – Ned Nwoko’s...

Contrary to the speculations that the senior wives of billionaire, Ned Nwoko, 59, are at war with his alleged new and 6th wife, Regina Daniels, 20, his image consultant, Karifest ‘Duchess’ Onyeka, has shutdown the rumors. 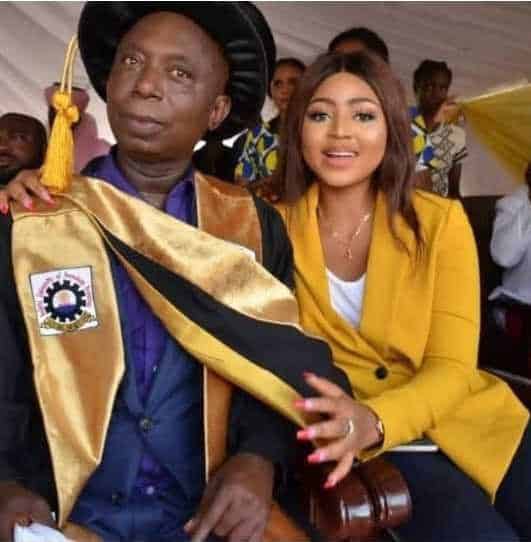 “It is a big fat lie that the other wives of Ned Nwoko have ganged up against Regina Daniels. I’m not supposed to comment on this but I want to correct the false impression. That fake news is the handwork of enemies. There is none of Ned’s wives that is at loggerheads with anybody. Whoever he is married to is too comfortable to complain. They have the choicest cars and whatever they want at their disposal. So, what do they have to complain about? The man (Nwoko) is a nice, kind and lovable person. He is a humanitarian and he loves humanity so much.

Because of that, he goes out of his way to take care of many people. Coming to the issue of his wives, I believe he has the sole prerogative to do whatever he wants with his life. If he decides to marry 100 wives, it’s his choice if he feels he can take care of them all. People should just allow the man to live and enjoy his private life. He is a very good person and does not deserve this kind of publicity.”

Onyeka also maintained that Daniels was not underage.

She said, “What do people mean that she is underage? The girl is an international figure and has travelled overseas on her own. She is legally an adult and knows right from wrong. She has fully developed breasts and her hips are well formed. She is a well-mannered girl with good composure. So, which man wouldn’t be attracted to someone like her? Age is nothing but a number and lots of people have married with wide age gaps. People such as Sade Okoya, Tina Turner and others married people whose ages were far different from theirs. If such people had married their age mates, their marriages may have crashed. It is pertinent to go after happiness wherever you find it.”

On whether the couple is legally married, Karifest Onyeka said:

“If they married, it is only a matter of time before everybody knows.”