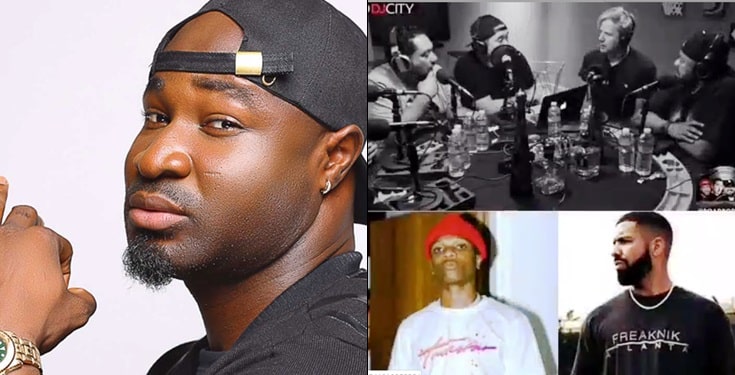 Harrysong has slammed the American DJs who said that Wizkid is nobody without Drake, during a recent episode of their ‘Road Podcast’.

Recall we reported that the American DJs; DJ Crooked, DJ Neva, DJ Dmiles and DJ Jaime Da Great stated that some parties are trying to make the Nigerian superstar the Sean Paul of Afrobeats. They also claimed that Wizkid has never done what Sean Paul did. The American DJs who further said that Wizkid is not a mainstream artiste, added that apart from music heads nobody in the streets of America knows who Wizkid is.

However Harrysong who slammed the American DJs who said Wizkid is nobody without Drake, stated that their fathers and Presidents knew Fela even before the Nigerian superstar. He further added that Nigerians stars do not need Sean Paul or Drake to be known as the stars they are.

Here is the video and what he wrote below;

First of all….. i dont know who the fuck this oyinbo albaino is, saying there’s no star of afro beats; your fathers and your presidents know the great fela Anikulakpo kuti , and still respect him till date, wizkid, Davido ,burna boy, 2face idibia,and many more Don’t need Sean Paul or drake to be known as star as they are…. you Americans should respect our sound and culture(AFRICA), ? I CAN’T STAND DISRESPECT. I SUPPORT PEOPLE; NOT PARTY #africa #respect#afrobeatz #culture #kingmaker#HarrysongInspireMonday …pls let’s fish out this guy’s social media handle and correct his upbringing 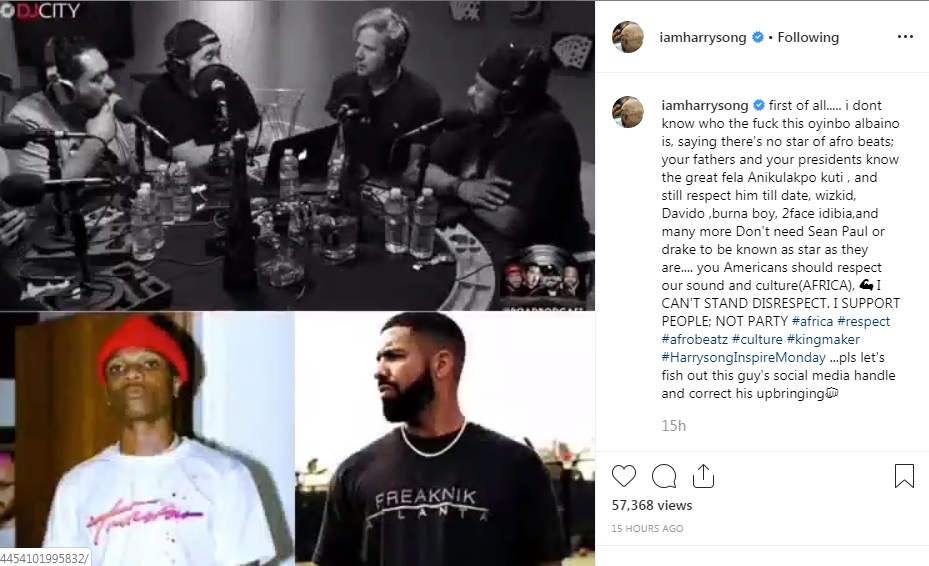 Businessman shares his encounter with an unemployed lady

Man Who Told Wole Soyinka To Get Up His Seat Reveals The Reason, Shames Trolls