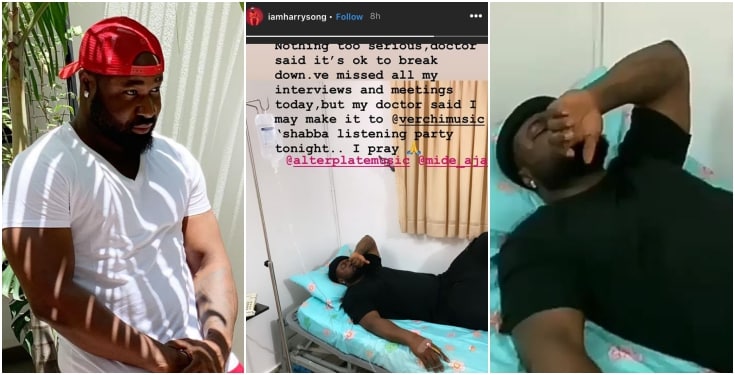 Nigeria singer, Harrysong has been hospitalized  in Ghana after eating Ghanaian food.

Reaching his team mate, they had this to say.

“This happened after eating last night he felt dizzy and troubled all over his body…. couldn’t even see…. he was rushed to the hospital and after all the tests the doctors..confirmed its food poisoning and fever.”

However, the singer said he is feeling better now, even though he has missed all his interviews and meetings. 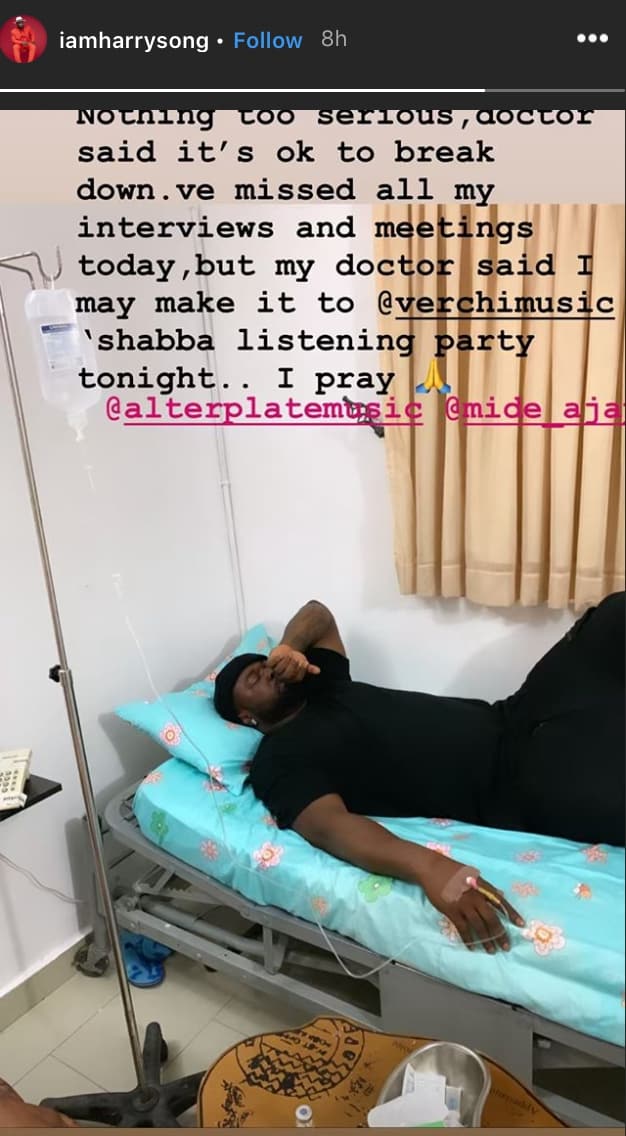