American songwriter and rapper, Travis Scott has deactivated his Instagram account over resentment on his Batman Halloween costume. 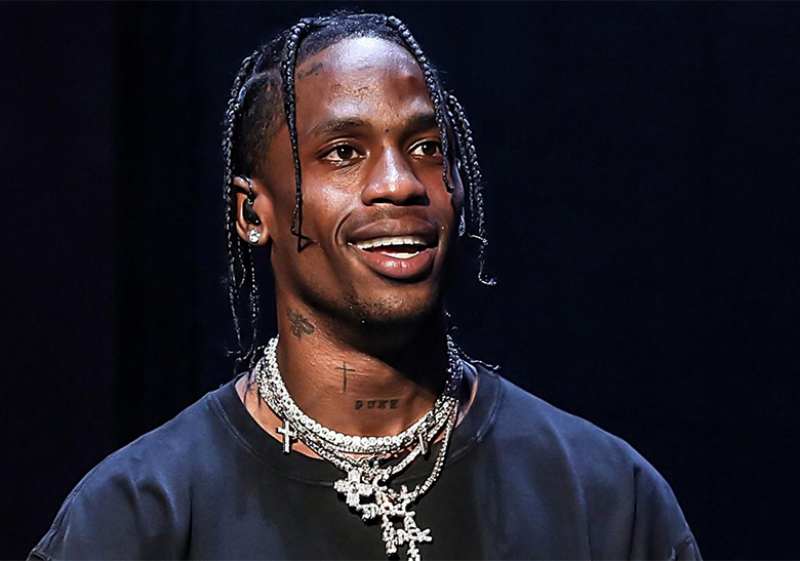 The rapper had stepped out in the full costume of the comic superhero, Batman of Gotham city which unfortunately triggered reactions across social media networks.

Trolls trooped-in in numbers to compare the rapper to a ‘flying cockroach’ on Saturday, October 31, and by Sunday, Travis took down his IG. 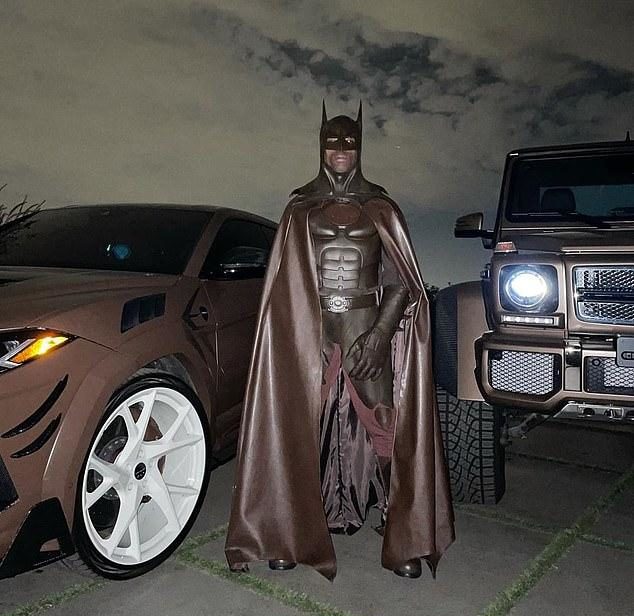 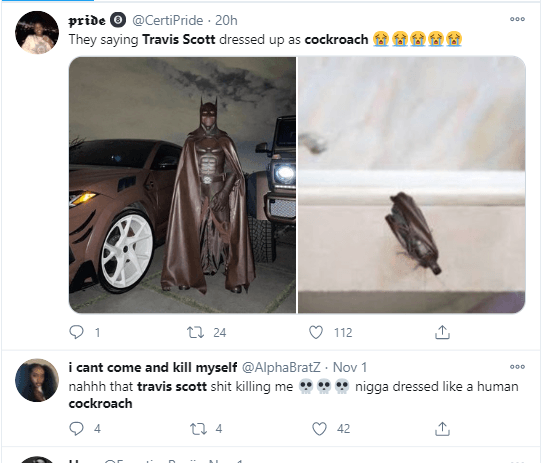 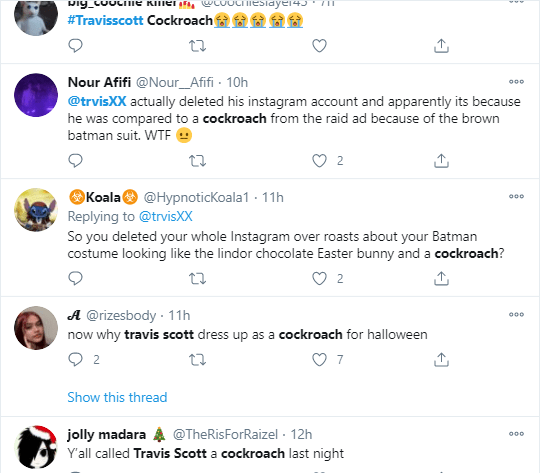 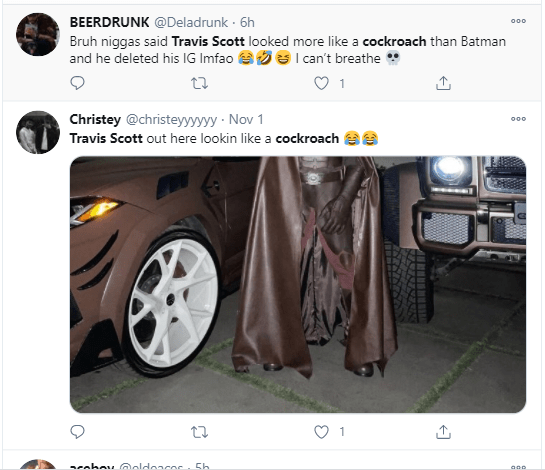 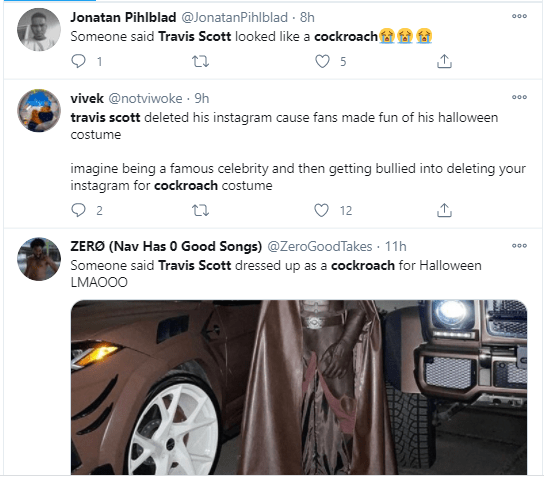 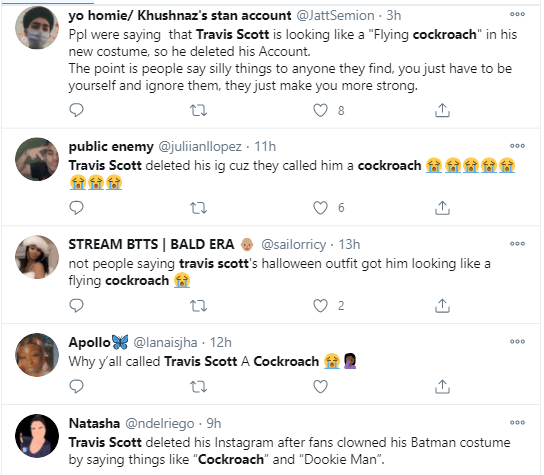 For now, no one can tell if the action is temporary or Travis Scott is saying goodbye to the internet forever.