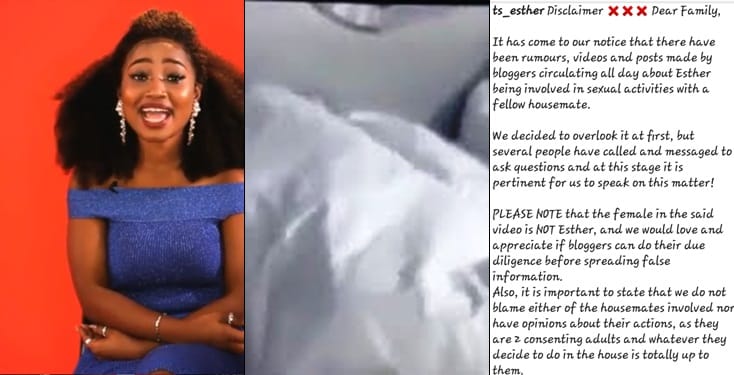 Since then, there have been rumours that it was Esther and Frodd who were engaged in the act, while others were of the opinion that it was Khafi and her lover in the house Gedoni. 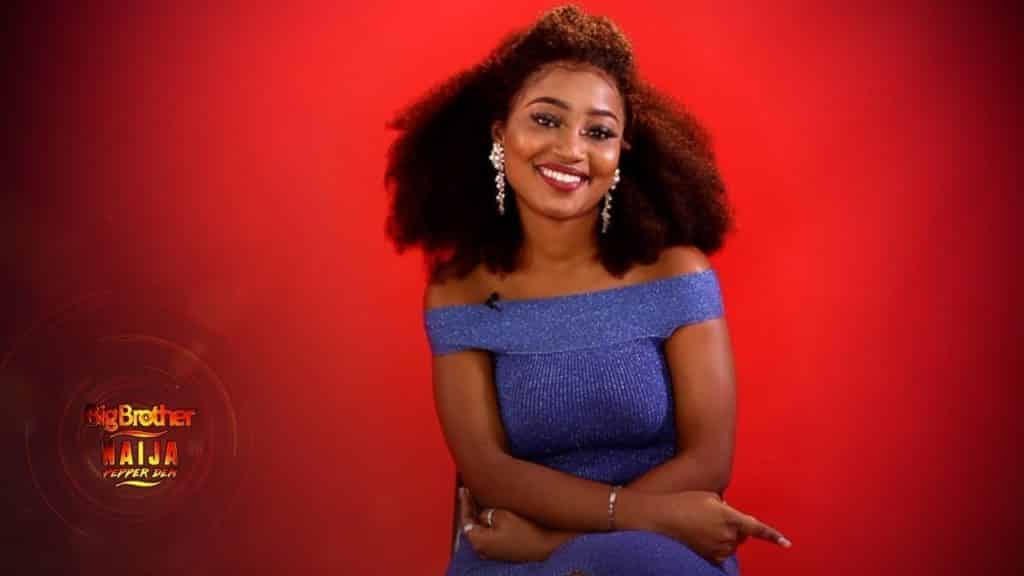 Earlier today, her management released a statement claiming it wasn’t Esther in the video.

It has come to our notice that there have been rumours, videos and posts made by bloggers circulating all day about Esther being involved in sexual activities with a fellow housemate.

We decided to overlook it at first, but several people have called and messaged to ask questions and at this stage, it is pertinent for us to speak on this matter!

PLEASE NOTE that the female in the said video is NOT Esther, and we would love and appreciate if bloggers can do their due diligence before spreading false informatioAlso, it is important to state that we do not blame either of the housemates involved nor have opinions about their actions, as they are 2 consenting adults and whatever they decide to do in the house is totally up to them.

All we are saying is, Esther is not in the video as claimed! 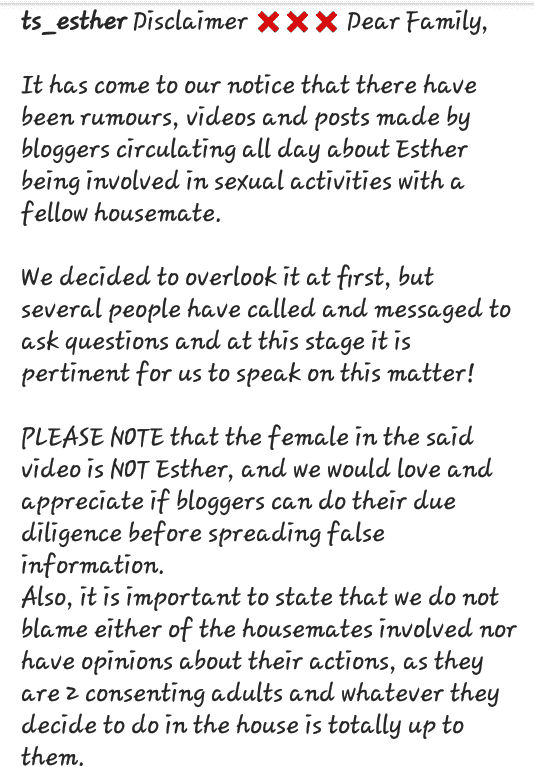 #BBNaija: ” I had a dream, Saskay was crying that she wants to go home” – WhiteMoney reveals

#BBNaija: Angel snubs Cross as he begs on his knees ahead of eviction (Video)