Charly Boy has called out Anambra State Governor, Willie Obiano, days after he was honored as a knight commander of the pontifical Order of St Gregory the Great (KCSG) at the Vatican by Pope Francis. 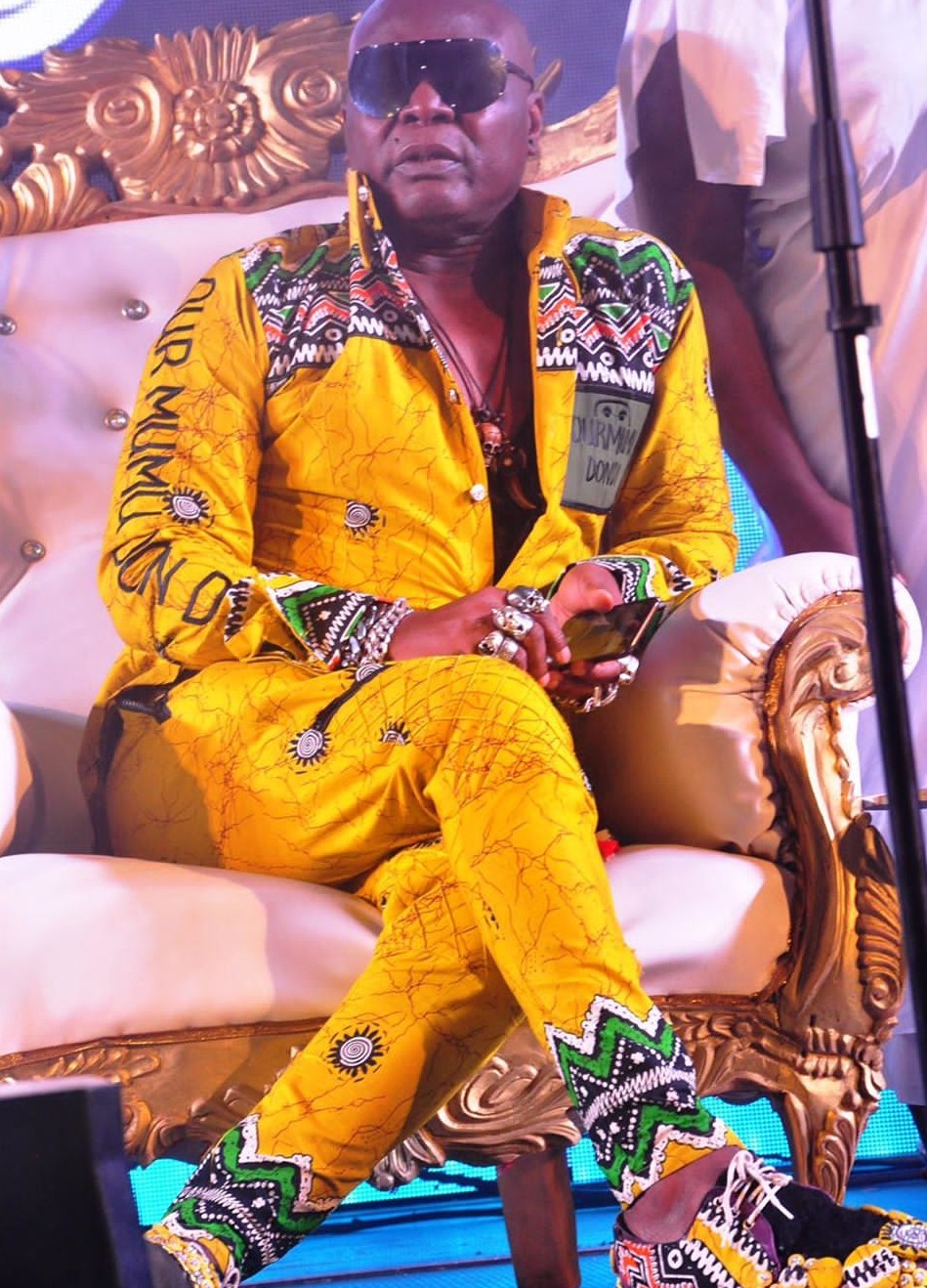 The Nigerian entertainer who described Governor Willie Obiano as loud, pompous and braggadocios, alleged that Willie Obiano seemed more intrested in his female workers than the buisness of the youths in Igbo land.

He further disclosed that he gave Governor Willie Obiano a long rope after realizing that their meetings were not fruitful.

“Willy is loud, most times pompous and braggadocios. His own possen no be here. I went to him a few times since he became governor to know what we can do with the youths in Anambra state and Infact Igbo land, but Willy wasn’t so intrested in working with us. He bragged of how he has all areas covered and seemed more intrested in my female workers than the buisness of the youths. Willy like nyash no be here.

I stopped calling or reaching out to him, because our meetings no dey yield any action for the street people. So I just give am long rope, as an Emperor concern. You can imagine my surprise when I was called by Willy all the way from Rome. As usual, e no waste time to start to blow his trumpet again. He was excited as he bored me shitless with the story of his knighthood by the Pope.

In his words, it is to be the highest honor bestowed on an African he claimed. Haba, Willy, which kin lie be dat naa?
Justice Oputa received his knighthood from the Pope too, and guess what? the gentleman didn’t lobby for it sam sam.
I GET MANY GIST ABOUT WILLY.” 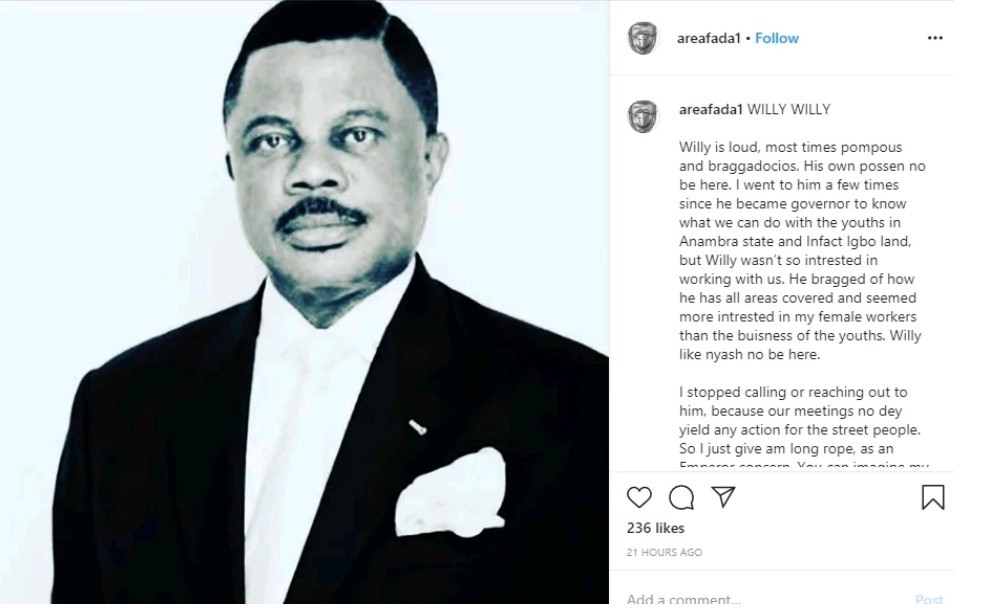