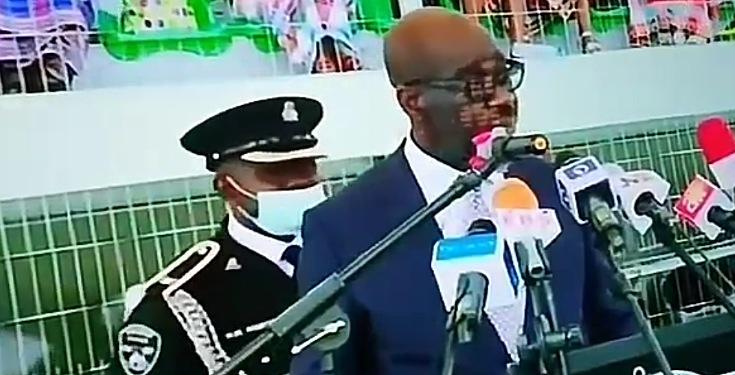 The Aide-de-camp (ADC) to Edo State Governor, Godwin Obaseki on Thursday, collapsed during the swearing-in ceremony of the Governor at the Samuel Ogbemudia Stadium in Edo State.

Shortly after he took his oath of office, Governor Obaseki took to the podium to give his speech. 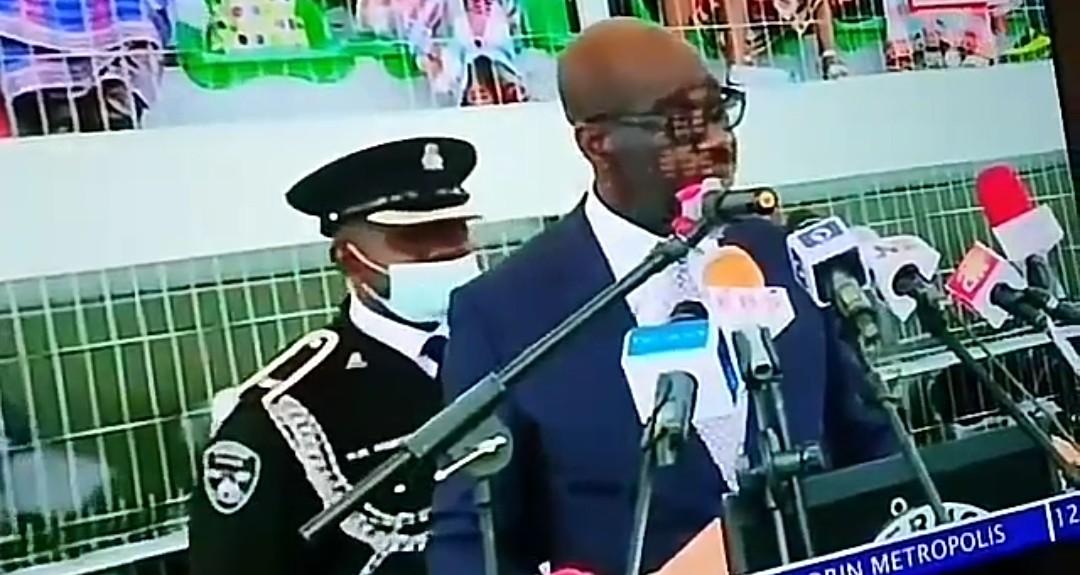 Reports gathered that the governor was reading his inaugural speech when the incident happened, and other security agents had to step in to help him.

The event reportedly took place at the Samuel Ogbemudia Stadium in Edo State, and the oath of office was administered by the State Chief Judge, Hon. Justice Esther Edigin.

Governor Godwin Obaseki's ADC collapses at his swearing-in ceremony for a second term today November 12. Shortly after he took his oath of office, Governor Obaseki took to the podium to give his speech. It was while he was giving his speech that his ADC collapsed. Other security agents rallied round to help him. . . Follow @mediagist for more exclusive updates.