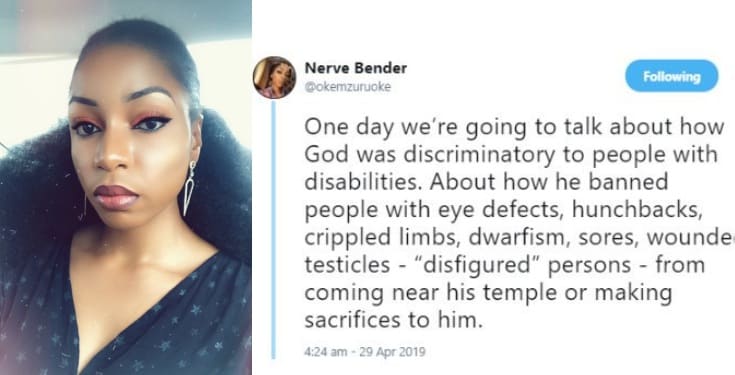 A Twitter user shared some tweets claiming God discriminated against people with disabilities. Surprisingly, those who replied supported her controversial tweet.

@Okemzuruoke tweeted: “One day we’re going to talk about how God was discriminatory to people with disabilities. About how he banned people with eye defects, hunchbacks, crippled limbs, dwarfism, sores, wounded testicles – “disfigured” persons – from coming near his temple or making sacrifices to him.”

She added: “About how people with eczema, ringworm, disfigured faces, fractured limbs or any defects whatsoever were not allowed near his altar lest they desecrate the sanctuary of God. One day, we’ll talk about this and many more, and it will be hot.”

Below are the replies to her tweets: 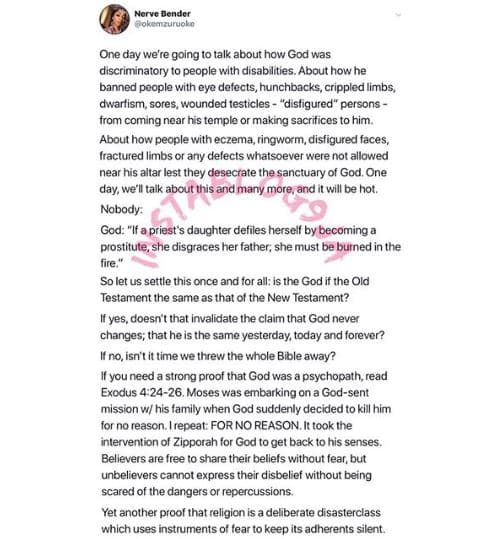