Home Viral News GOD told me that this year, the whole world is going to...

The General Overseer of the Redeemed Christian Church of God, (RCCG), Pastor E.A Adeboye, has disclosed that the current outbreak of Coronavirus (COVID-19) across the world will soon subside but will not be “completely eradicated”.

Speaking during a live broadcast, the Man of God further revealed how God told him in the beginning of the year that there will be a compulsory holiday worldwide and that he would use the plague to prove to the whole world that he is still the Almighty God. 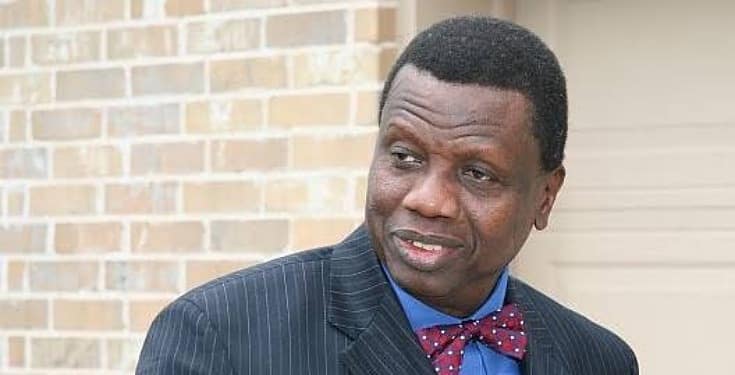 “He told me loud and clear that this year, the whole world is going to be on compulsory holiday. I know the last time we got close to the world being on holiday. It was after 9-11. Remember there was this attack in America on the World Trade Center towers that all planes were grounded, at least around America.

“So when he said the whole world is going to be on compulsory holiday, I thought maybe something like that is going to happen. Now, if that is what it meant and somebody had prophesied it and it happened, the Interpol would have come and picked the follow and said you had about the plot, you knew when they were planning this thing and you didn’t speak.

“But now, the compulsory holiday is here. You can see the major nations of the world locking down. The smaller nations are also going to be locked down. This is because nobody wants to travel by air because if you travel by air and there is just one person on that plane that is infected, they would look for you and put you on Quarantine.

“Compulsory holiday because my daddy says he wants to show the world that he is still the one in control. He wants to show those of us who thinks hat we are someone that Heaven is still his throne and the whole eart, his foot stool. So if you think that you are big, he is compel you to seat down at home and not move at least for two weeks.

“The good news about this is that as soon as he has proved to the whole world that he can shut down the whole earth if he wants, then he would remove the plague.

“How long before that happens, I am sorry I can’t tell you but from the look from the look of things, he is already achieving his purpose if he stops the plague now. The world by now should know that there is someone called the Almighty” he said

The clergyman added that Coronavirus would never be washed away like some prophets have predicted. He said the only thing is the virus would subside but that it will never go away.

“I have heard one prophet say the coronavirus will soon die. And I said “Amen”. You know prophets are greater than pastors. I heard another prophet say the world will experience rain for seven days and (it) will wash the plague away. I said “Amen”. But I am speaking with you my children. The coronavirus will certainly subside after God has removed the plague but to say it will die, let me speak in local parlance, “na lie” (it is a lie),” the pastor said.