Home Entertainment News “God please save me from terrible people” – Bobrisky cries out after...

Controversial Crossdresser Idris Okuneye popularly known as Bobrisky took to social media to cry out that God should save her from terrible people after a fan hurled insults at her. 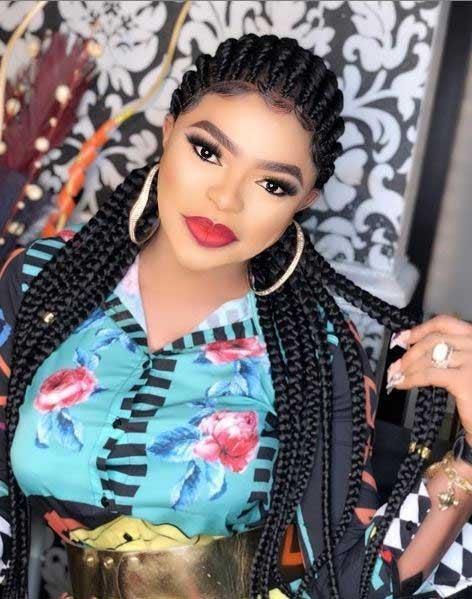 Taking a look at the screenshot that was shared by the male barbie, a fan had desperately begged for Bobrisky to follow her back on Instagram as earlier promised.

This was to enable the fan to brag to her friends that Bobrisky was following her on social media.

However, disappointed that the crossdresser did not follow her back, the fan rained insults on Bobrisky.

Reacting to this situation, the male barbie warned his followers to avoid asking him to follow back on Instagram as he wouldn’t do it.

“What did I do now, my only offense is responding to her dm. See her respond to me. God pls safe me from terrible people. Pls I don’t want to be friend with anyone pls. When I came to dis world I came alone o. And don’t ask me for a follow back pls.” 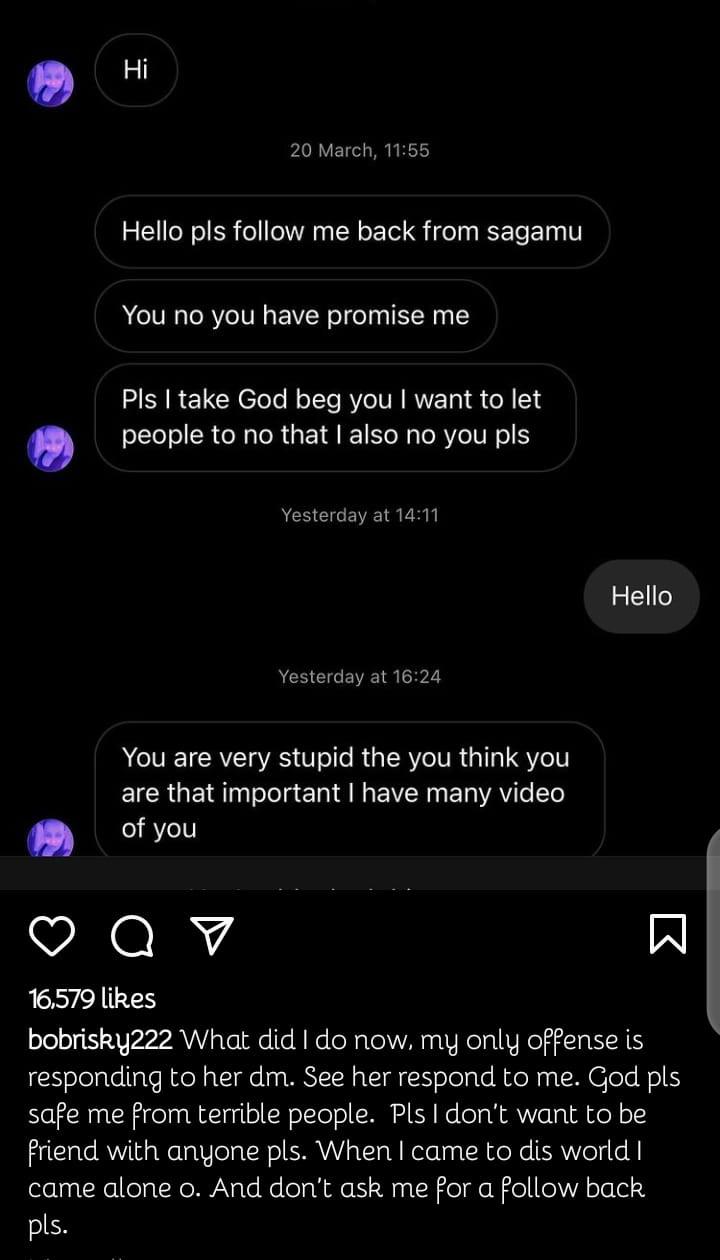