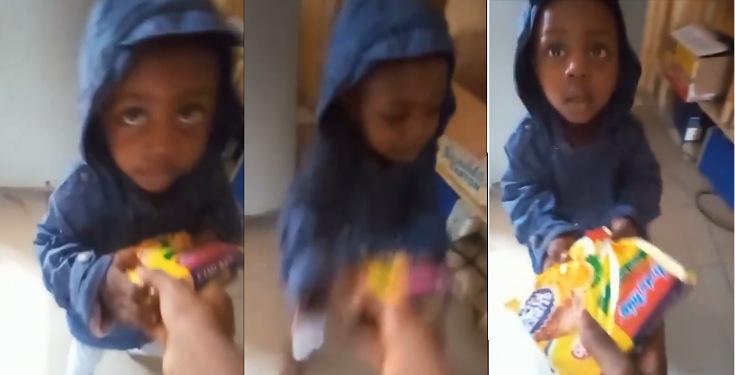 A video which just surfaced the internet shows a little boy struggling with his mother over indomie noodles.

In the video, the little boy who rocked a blue pullover, was seen dragging a pack of indomie noodles with his mother, and screaming “give me my palliative”. 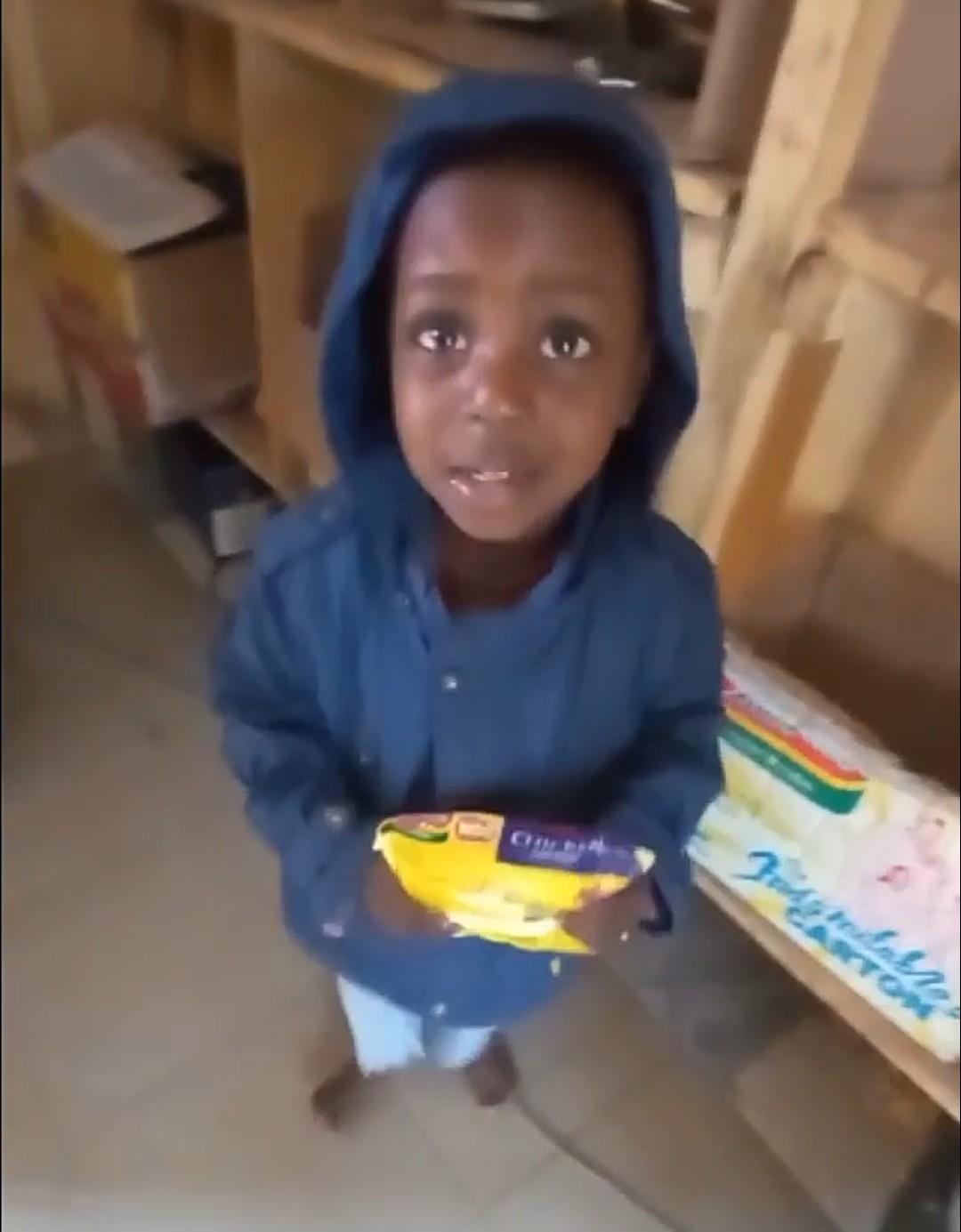 This comes after hundreds of people descended on warehouses containing food items and palliative relief supplies in different states during the recent #EndSars protests.

Indomie noodles and some other food stuffs which were among the COVID19 palliatives, were not spared as they were all looted by hoodlums.

Watch video of the little boy below: