Home Viral News Girlfriend who was beaten up in viral video explains why she didn’t... 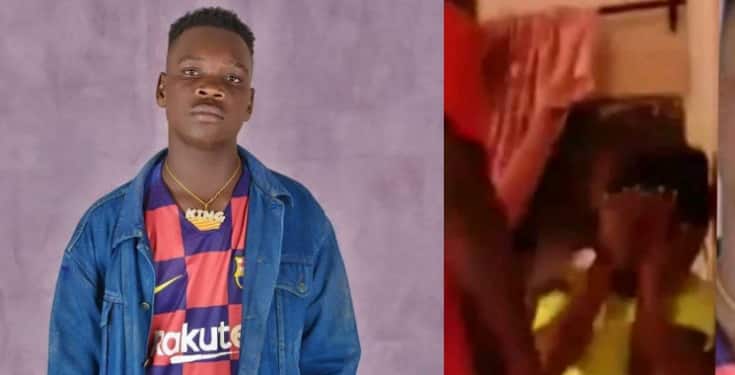 The girlfriend who was beaten up by her boyfriend in a viral video has finally spoken up. She narrated how the assault happened and why she stayed put and took the beatings. 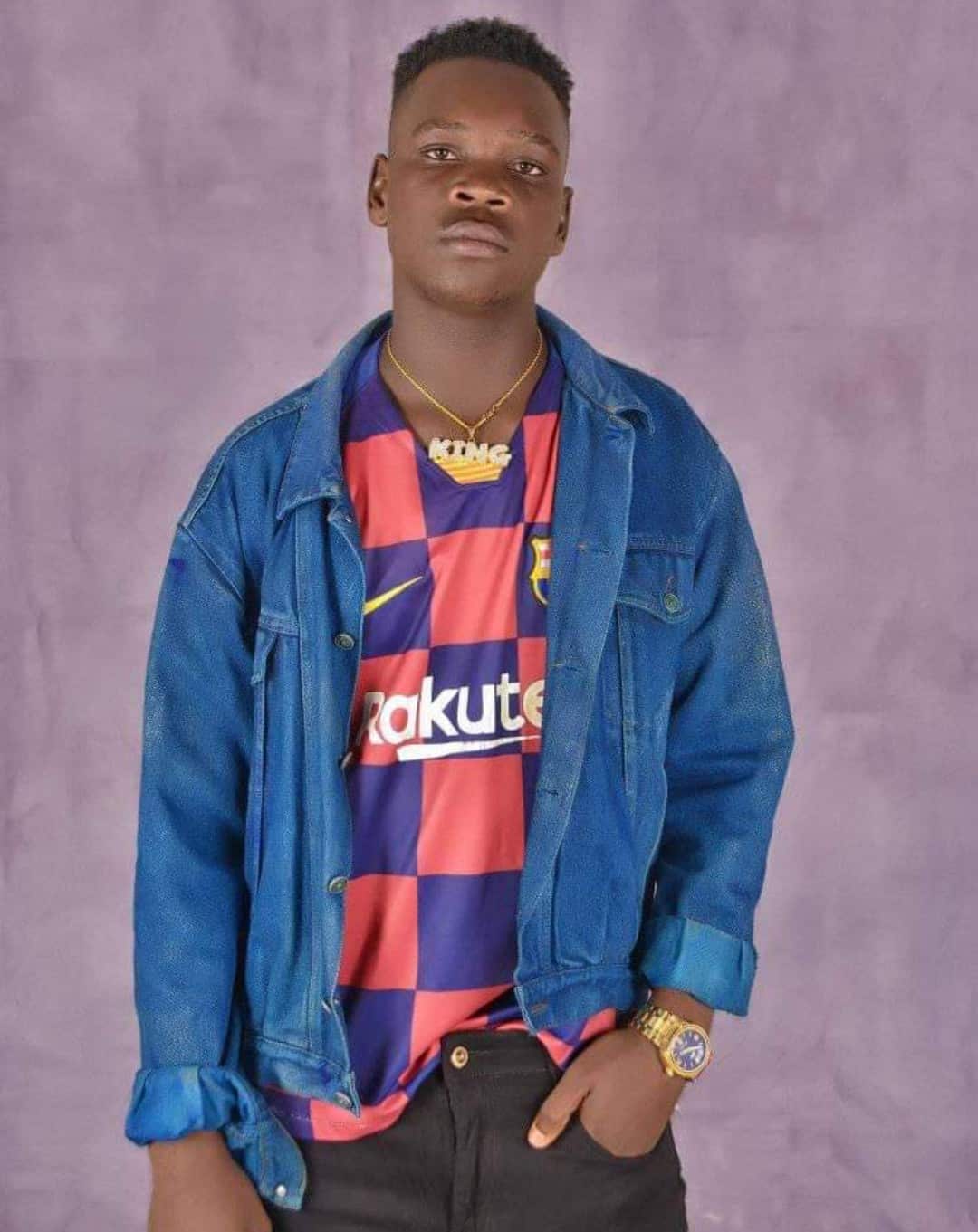 The victim has now been identified as Dooshima Ella Terwase.

Ella said Moses Chiutar, aka Junior, a 100 level student, came back home from Caritas University Enugu on Wednesday night, 18th March 2020, and asked to see her so they could resolve the issue about her being pregnant with his child.

Ella said she had exams to write so she turned down his invitation. However, Junior’s friend, Precious Blessing, aka Preshy Ibile, persuaded her to go and see Junior.

She paid Moses Chiutar Junior a visit on Friday, March 20, 2020, but refused to go inside the house. However, Junior insisted.

Once inside, she claims Junior pulled a gun and used it to threaten her in the presence of his friends – Tosin Blessing, Precious and Eskay.

Ella said Junior then confronted her on her claims that she conceived for him and the confrontation turned physical after Eskay advised Junior to beat her so as to teach her a lesson.

The victim said that while Junior was beating her, Tosin held her from behind at a point, allowing Junior to beat her more.

After the assault, Ella, whose father is dead, was afraid to go home to her widowed mother.
“I was afraid to tell mum,” She told activist Ukan P Kurugh who spoke with her and shared details of their conversation.

The video, which was recorded by Precious was transferred to Tosin and he posted it online that same Friday.

A day later, on Saturday, March 21, 2020, the video was already viral and Junior made a call to Ella, begging her to help protect him as people were calling for his head.

Ella, with the help of Ukan Kurugh, has gone to the police station to officially lodge a complaint. 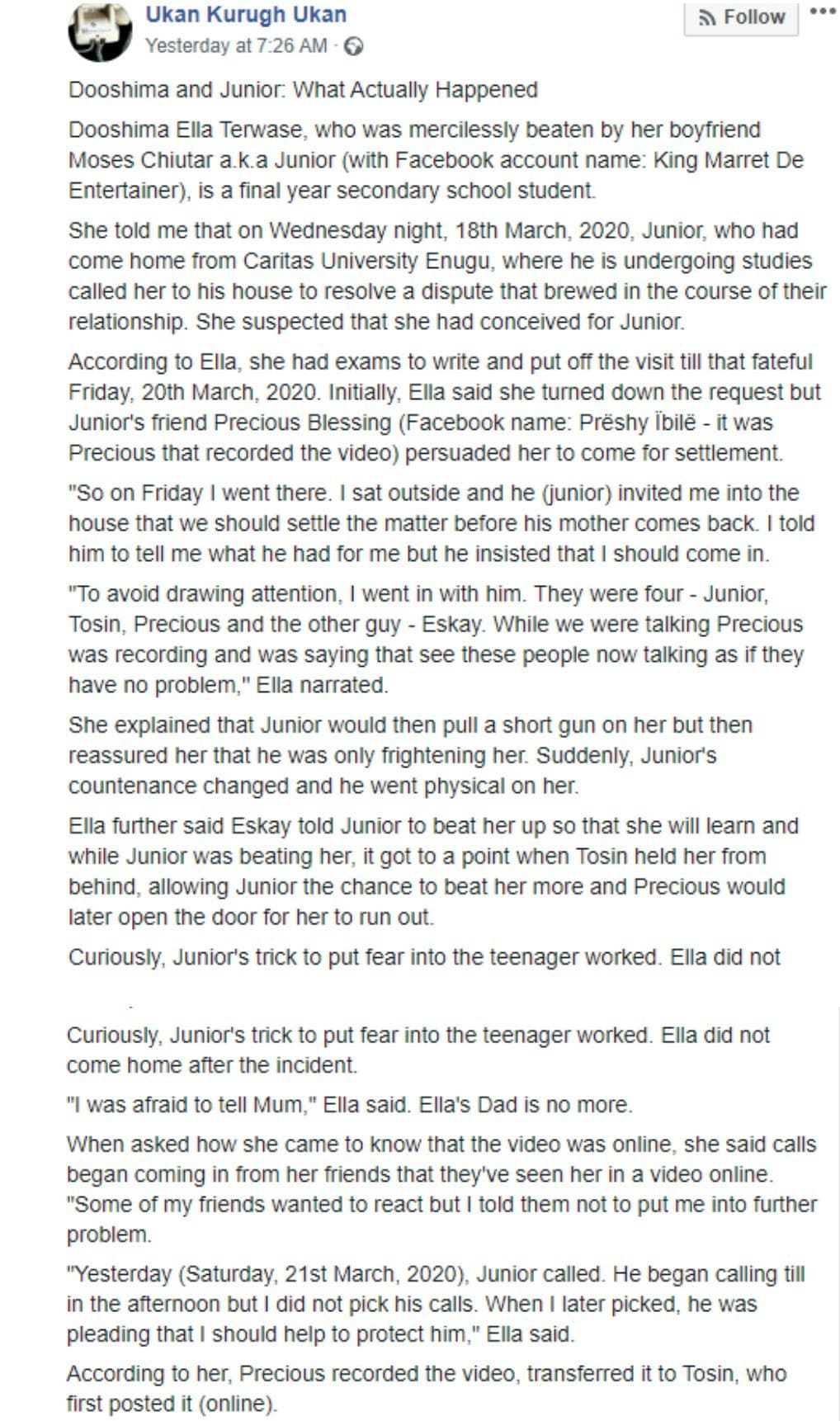 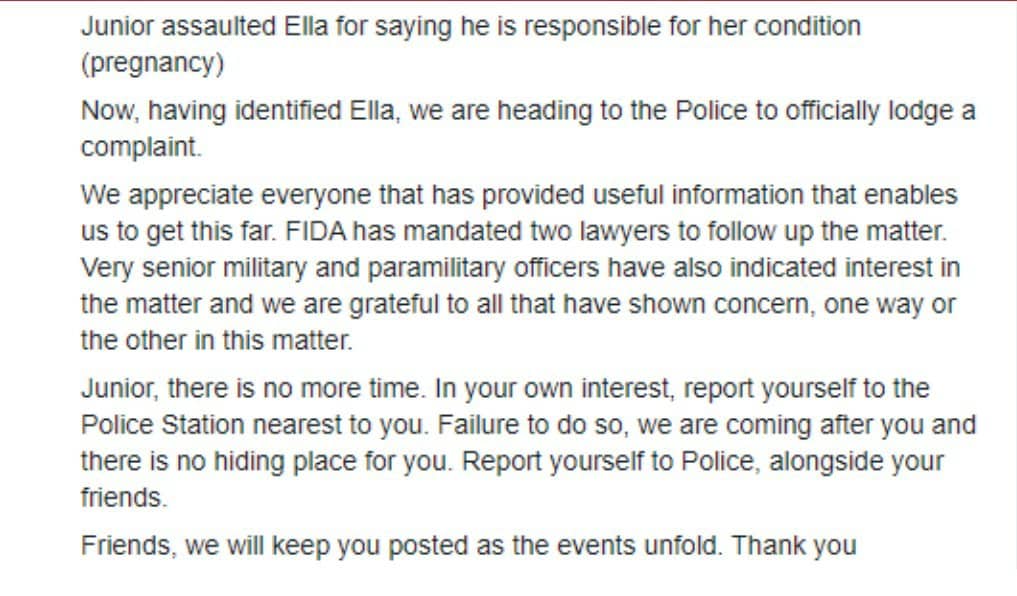