Home Entertainment News Ghanaian pastor, Obinim lays with a lady so she can get a... 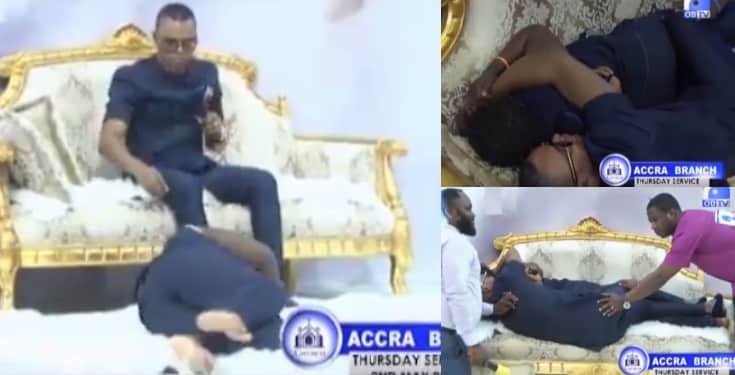 The Founder and Leader of the International Godsway Church, Bishop Daniel Obinim aka ‘Angel’ Obinim in the name of finding a husband for a lady, was found in a cosy moment with her on a couch right in the presence of his congregation.

In the video trending on social media, the controversial man of God instructed the woman to sleep in a couch and Obinim to the surprise of the congregation joined the woman in the couch with his front side tightly behind the woman’s back.

He was heard prophesying onto the life of the woman that her husband should locate her as soon as possible and added that as he is in bed with the woman so will the husband.

According to Obinim, this is the direction God instructed him to do in order for the woman to find a husband ─ Obinim never ceases to amaze Ghanaians and shockingly, the congregation saw nothing wrong with the direction looking at how they were shouting praises on him.