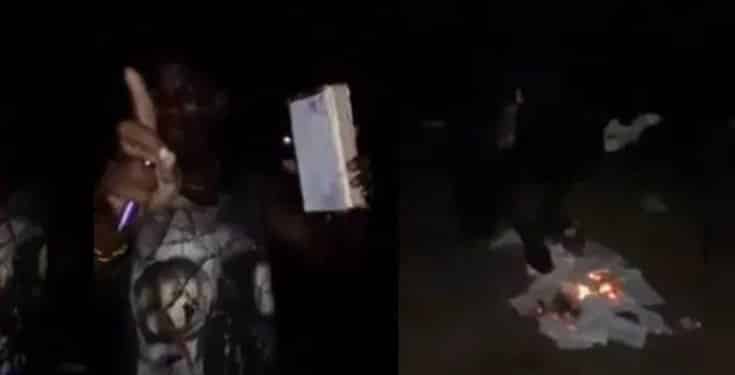 A young Ghanaian man has been spotted in a viral video tearing and burning the holy book of Christians which is the Holy Bible.

The act from the young man has raised a lot of concerns on social media as to what informed his decision to carry out such act.

The unknown young man in the video is seen burning the Bible in the open and bragging that nothing bad can happen to him because there’s no power in the Bible as Christians claim.

He went on and emphasized that he respects and fears the popular ‘Antoa’ gods than the Bible.

According to the Ghanaian man, there is no power in the Bible as Christians claim