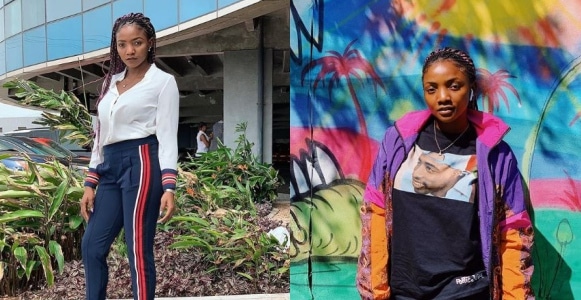 Award-winning singer, Simi has apologised for suggesting that having tribal marks amounts to being stupid in the lyrics of the trending #FvckYouChallenge.

Her apology comes after she was heavily criticized by model, Adetutu OJ who felt offended and turned off by the continuous use of the words “Do I look stupid?”.

Taking to her social media page to clear the air, Simi wrote;

Guys I had to bring down my post cos I used the line “abi o ro bi mo kola ni” (Do you think I have tribal marks?) – which people mean to say “Am I stupid”.

It’s an old Yoruba ‘joke’, but I never acknowledged how insensitive it is. It offended some and I shouldn’t have used it. Lots of unlearning to do. We should remember to be sensitive and emphatic to others,

Also I know the video is all over the place already, but it’s a step in the right direction and I apologize to anyone that was/is offended by it. I only ever mean well

Also, if you think this is extra, it’s part of the problem. Always letting BS go is how we build the wrong cultures that become hard to shake off.

I don’t want this to trend for the wrong reasons please. Let’s not only advocate for the things that directly affect us. Lezzz keep it moving. I’ma make many many more lit covers insha Allah. Na the work wey we dey do ☺️?