Film producer, JJC Skillz and music executive, Soso Soberekon have dragged each other on Instagram over their political affiliations. 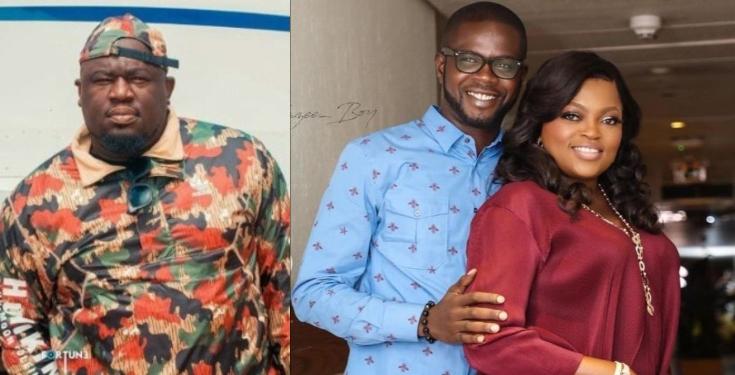 Soso Sobereokon, who recently indicated interest in going into politics, shared a photo of himself with former Nigerian president Goodluck Jonathan and added a prayer emoji. 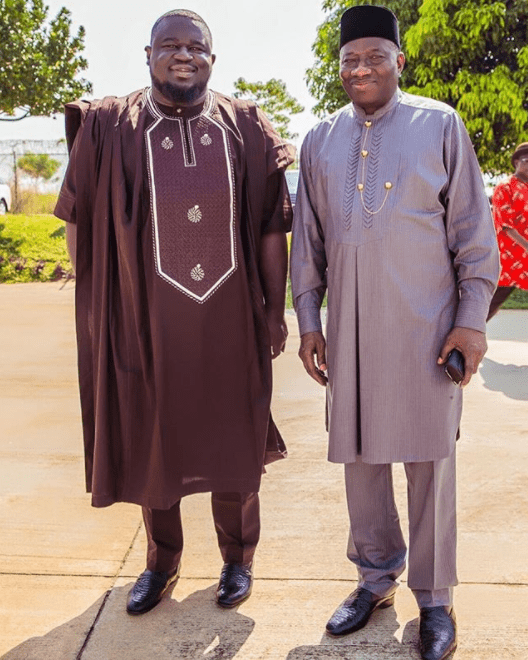 JJC Skillz had a problem with Soso’s post and he replied: “4 what?”

Soso hit back saying: “Because he is far better!! Don’t forget your wife campaigned for APC & Buhari and they still betrayed and disgraced her. Think about it bro.”

JJC hit back, writing: “Get your facts right. My wife never campaigned for your friend. You’re just being defensive because you join chop Nigerian money. So Abegie Sharappp there. #thiefnathief.”

He wrote: “No need for insults, your HUSBAND Funke is my friend except I for post the video evidence. Gigolo.” 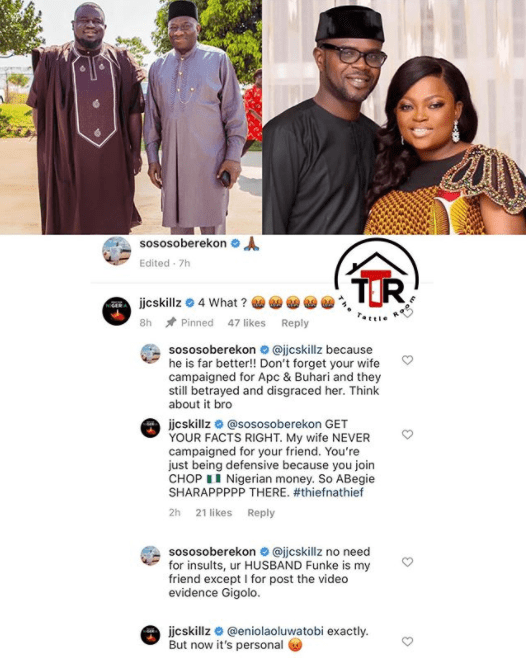