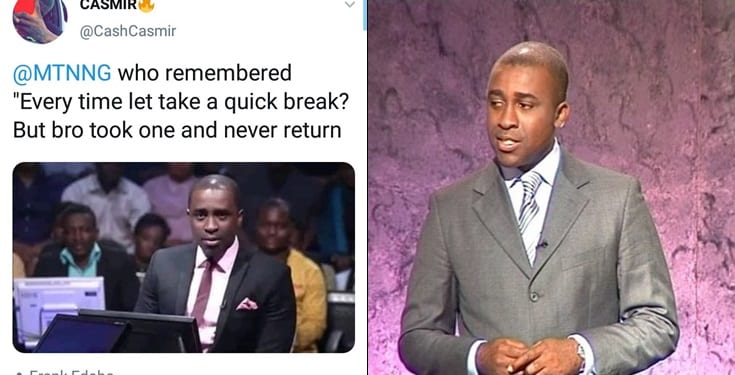 A follower tried to be savage on Twitter by tweeting about Frank Edoho’s exit from Who Wants to be a Millionaire. But Frank hit back at him with a savage tweet of his own. 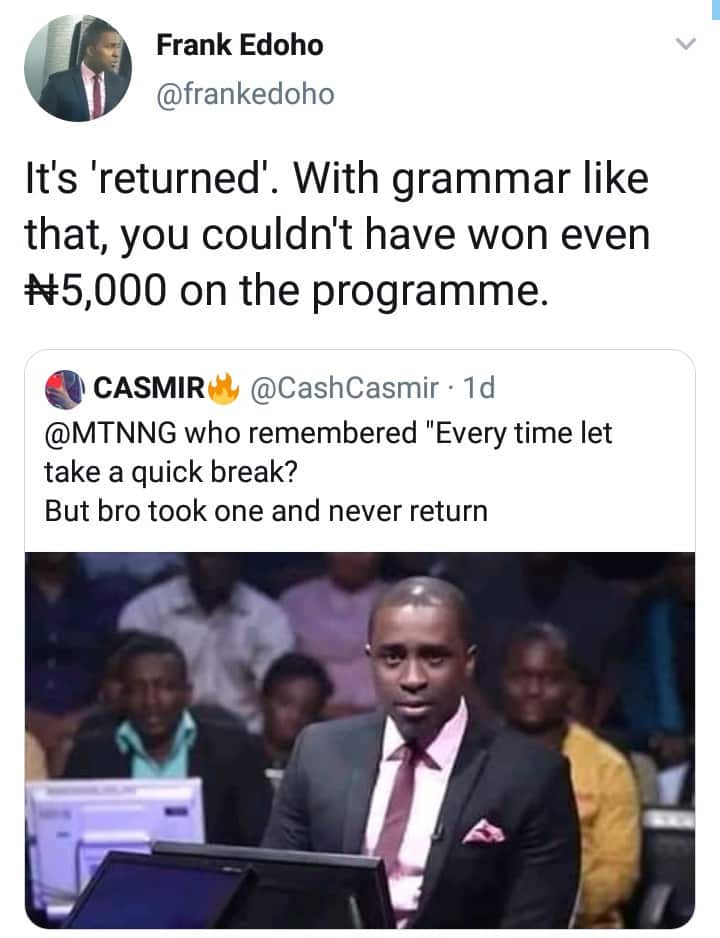