Tv presenter and host of the popular Nigerian Tv show, Frank Edoho replies to a fan who wishes that he replaces Ebuka-Obi Uchendu and the host of the Big Brother Naija reality show. 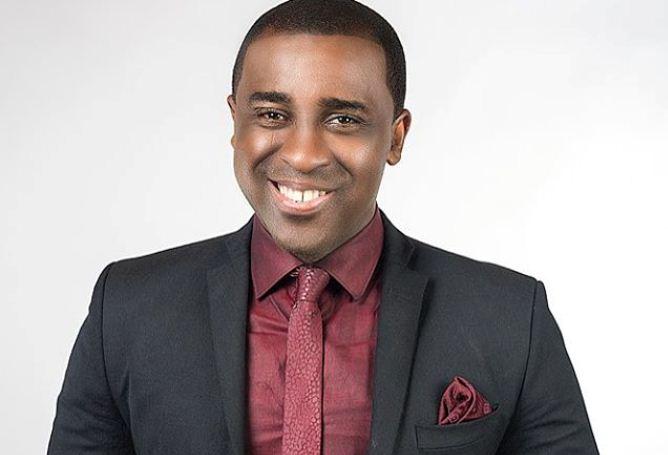 Frank is an established presenter who hosted the popular TV game show, “Who wants to be a millionaire” for over 13 years from 2004 to 2017 but resigned on 2 September 2017.

There is no doubt that he brought a change in the Nigerian entertainment industry with his charismatic and cool personality.

However, his fans are rooting for him to usurp Big Brother Naija host, Ebuka, as the new Tv presenter of the reality show.

Ebuka-Obi Uchendu is a Nigerian lawyer and media personality known for hosting the reality BBN show for three seasons now. He has brought his flair of fashion and style to this reality show as people look forward to his next outfit. 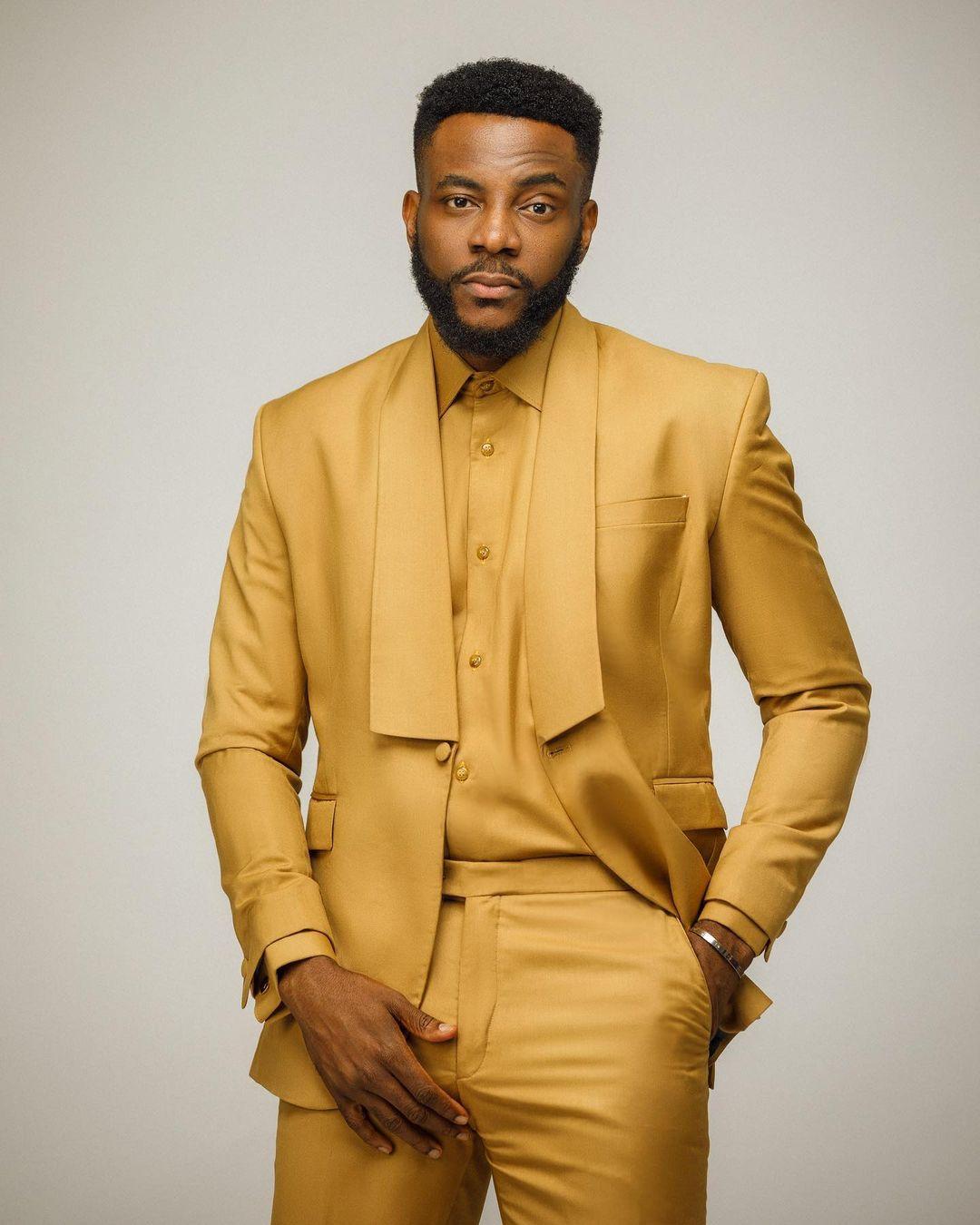 On the contrary, as the fight for Tv host trends,  Frank Edoho does not share in the opinion that he should take over as the new host of the reality tv show.

He questions; “what did Ebuka do to deserve all this?” 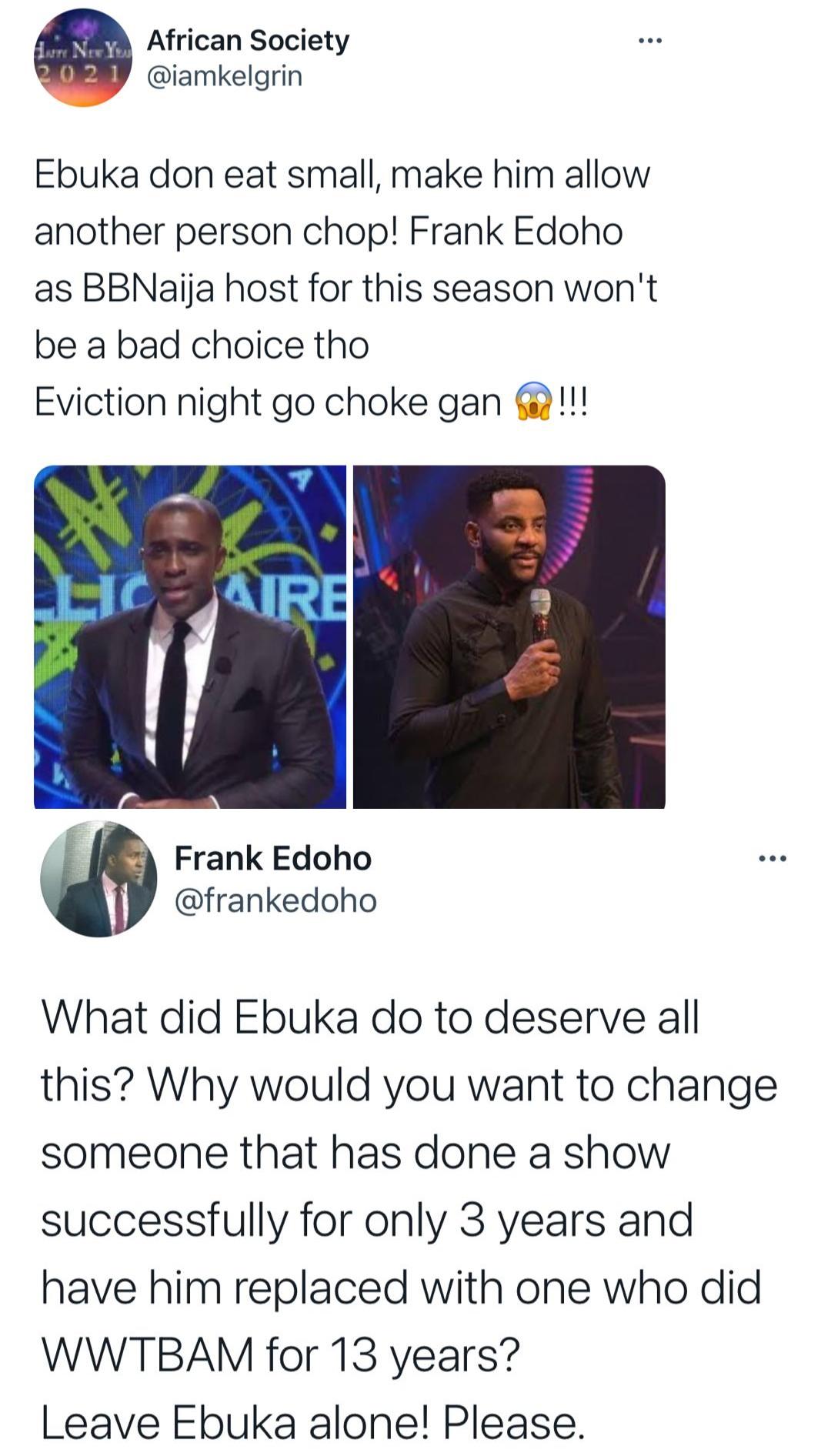