The marine creature has been identified as a Leatherback Sea Turtle.

An indigene of Foropa community, Identified as Fawei Egbonkuma Young, confirmed the killing of the Sea Turtle.

Fawei speaking to Punchng.com correspondent, said, “Actually, it was caught yesterday (Saturday). It was caught with a net. It was struggling with the net when it was caught and brought to the shore.”

However, another resident of the community, Binaebi Oyeghe Mangrove Don, said the animal was butchered shortly after it was captured, adding that it was shared and eaten by the residents of the community. 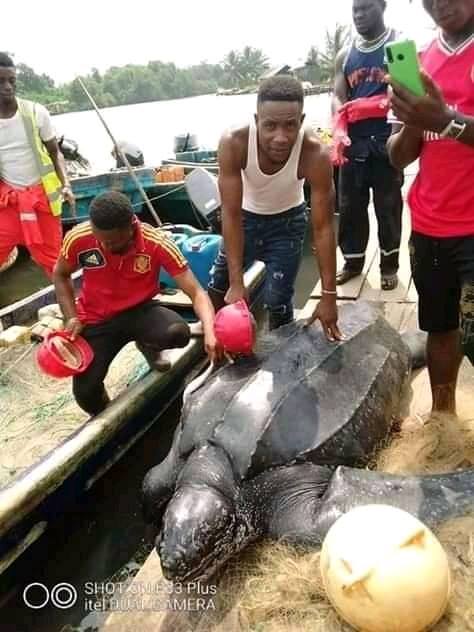 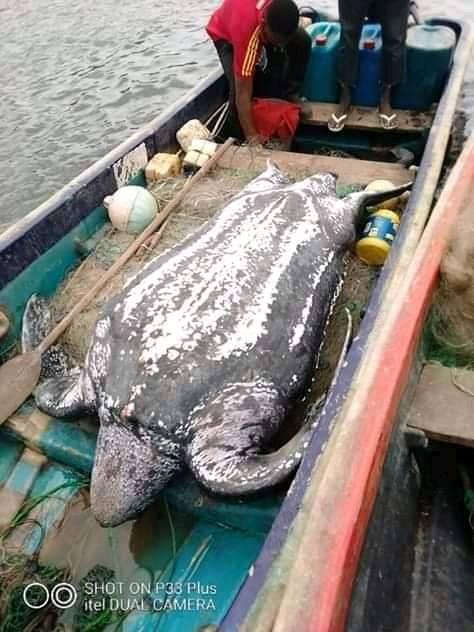 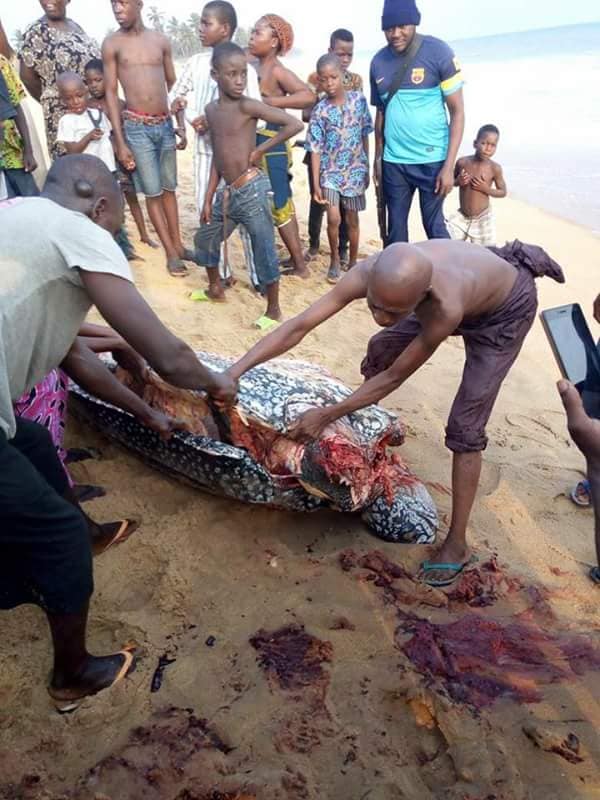 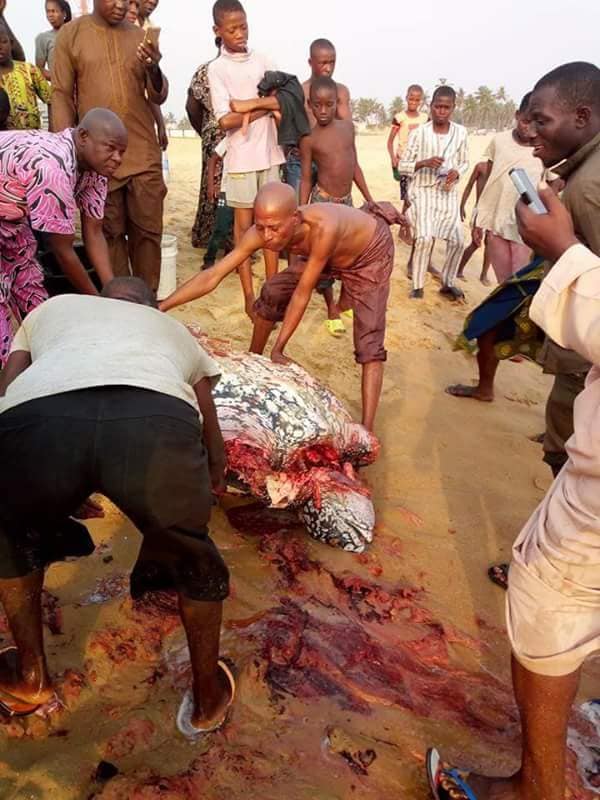