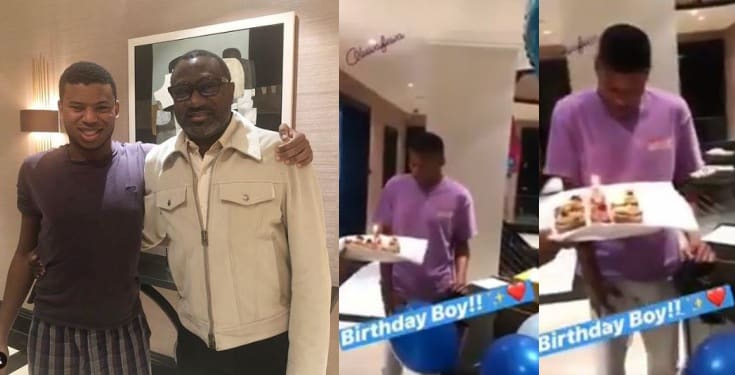 On Sunday, June 2, son of one of the richest men in Africa Fewa Otedola turned a year older and he was celebrated by his father on social media.

The handsome young man is the only son of the CEO of Forte Oil, Femi Otedola and only brother to famous fashion designer, Temi and entertainer DJ Cuppy.

The oil magnate has taken to social media to celebrate his heir to his billion dollar estate.

Sharing the photo, he wrote; “Happy Birthday to my boy Fewa ❤️ Papa loves you! ..F.Ote?”

However, the billionaire is not fond of sharing pictures of Fewa on social media unlike he does to his daughters.

Related Topics:femi otedola
Up Next